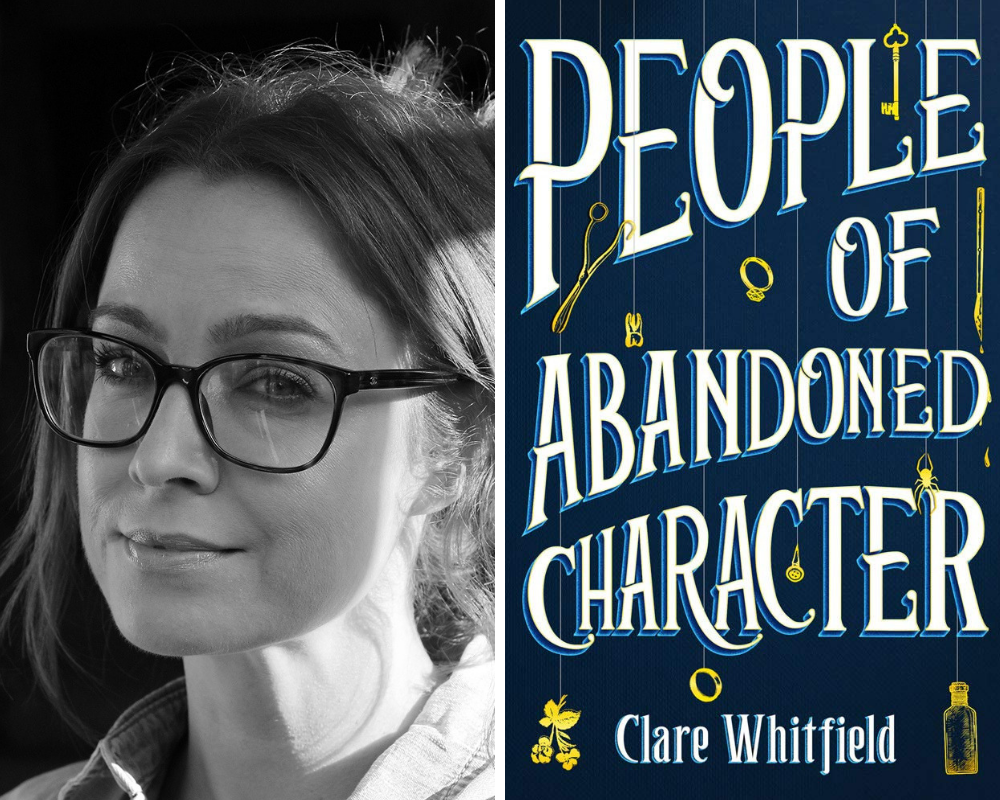 The idea for the story, a woman who thinks she might be married to the Ripper, came from an adult education class. We were given real newspapers about the murder of Polly Nicholls (the first widely accepted victim) and asked to write about it from the perspective of someone other than a prostitute or a policeman – so I chose his wife. I didn’t really think much about it but the rest of the class thought it was a good idea – I wasn’t so sure.

I’ve been obsessed about serial killers since the age of twelve so felt very strongly that if I wanted to write a story about a serial killer there were literally hundreds I would pick before Jack the Ripper. It wasn’t until years later I used the idea again in another workshop when I became stuck, and it received the same reaction, so I felt the idea was strong enough to try and write my first novel with it.

At the centre of the story it’s about a toxic relationship. When someone is married to an abusive partner today – it’s widely acknowledged it can be difficult to leave, but in England in 1888, it was nigh on impossible, especially for women. What do you do if you are married to a man more connected than you? You can’t work your way to economic freedom, there is no welfare. It’s all about economics. If you have no one to run too, no safety net or the freedom and opportunity to earn a decent living – how do you pull yourself up by the bootstraps exactly? That’s what my main character, Susannah, must figure out, but make no mistake – she’s no blameless angel.

After I’d settled on the main characters, I started to undertake real research, not just about the crimes, or the victims, but the cultural landscape. What struck me more than anything was how eerily similar the social economic landscape was to today. The same fears, the same hand wringing from social commentators about the degradation of society’s values and most importantly – which group to blame?

There was a very real sense back then that the better off were going to be overrun by some unseen enemy that couldn’t quite be defined. It came from a position of privilege, and fear of losing that. I think that’s very similar too. In reality it was grinding poverty on a huge scale and rumbling frustration at a rigged game. All Jack the Ripper did was shine a light, globally, on the conditions of the poor in the East End – to much British embarrassment. Wilful neglect of the poor is something that we have a long tradition in and I don’t feel any sentimentality about that. I just think when we look back at our history we have to own the whole truth, not just the bits we are comfortable with. We should acknowledge the good and bad – because all humans are.