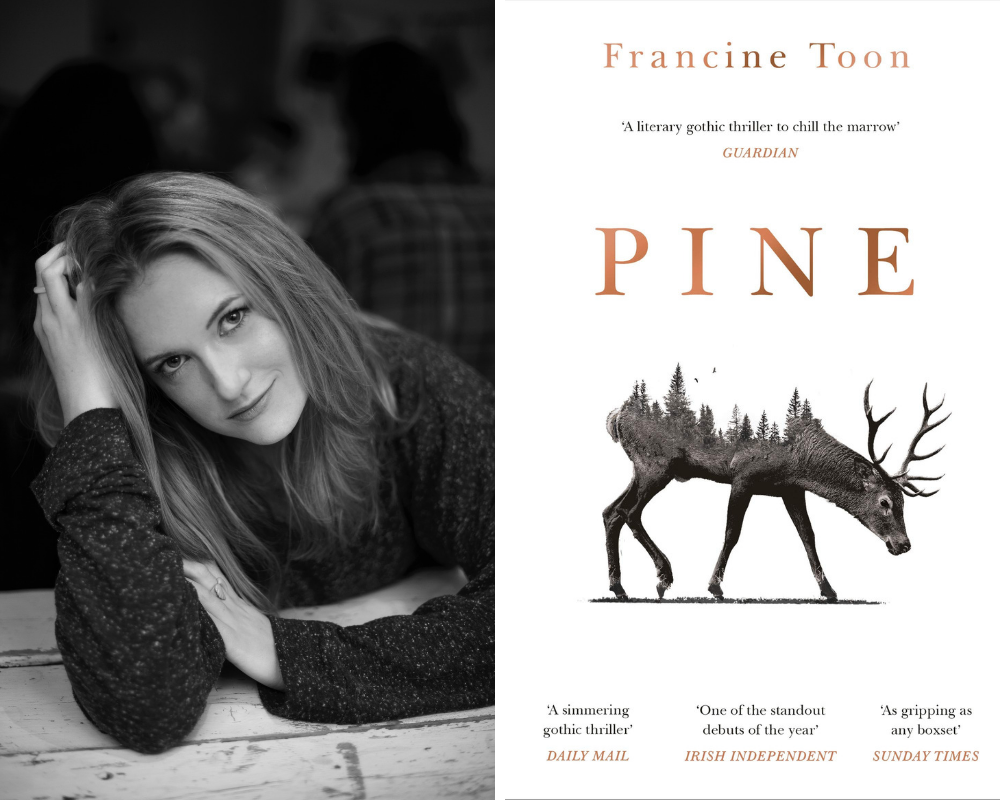 For many people, especially in England, where I now live, Halloween is just another commercial holiday, imported from America. The idea of kids on a sugar high, terrorising their neighbours seems like a strange festivity. Yet when celebrating Halloween as a child in the Highlands of Scotland there was a very different atmosphere, with some subtle variances in traditions people had participated in for centuries. Halloween was one of my favourite times of year, and decades later, when it came to writing my debut novel Pine, it seemed natural to incorporate that experience.

The word ‘Halloween’ is Scottish in origin, a version of ‘All Hallows Eve’. The festival has pre-Christian origins, however, in the Celtic festival of Samhain, meaning ‘summer’s end’. The celebration marked the end of the harvest and the oncoming ‘dark half’ of the year. A night when the doorways to the spirit world would open up and ghosts could pass through, who must be appeased with gifts. Bonfires were lit for their cleansing, protective powers, a tradition later merged with the story of Guy Fawkes.

I spent some childhood years in a remote village in Sutherland with a population of around 50. There, as in the rest of Scotland, ‘trick or treating’ (a term that was introduced in Britain in the 1980s) is called guising and is a custom that goes back to at least the 16th Century. Children, or guisers (from the word ‘disguise’) wear fancy dress, not necessarily scary, and go from door to door in the neighbourhood with their own ‘party piece’ – usually a joke or a song – that will earn them sweets and amuse neighbours.

I used to walk around our dark, cold village with my sister and our neighbouring families, visiting houses that sometimes set up Halloween games for us. There would be dooking (or ‘bobbing’) for apples, which was followed by dunking your face in a bowl full of flour and gummy sweets (more difficult when your face was wet from apple-dooking). Another game would be trying to eat donuts hanging from strings without using our hands. Meanwhile the grown-ups would catch up and it was a chance for our little community (including older people) to come together.

As children, our most prized rewards were full-sized (not ‘snack size’) chocolate bars. The least favoured were monkey nuts, which were given all too frequently. While researching Pine, I read that apples and nuts have been the traditional gifts at Halloween in Scotland for centuries, dating back to Celtic divination rituals. Dooking for apples can be linked to the Roman invasion of Britain, when their traditions merged with Celtic festivals. Apple dooking was linked to the courtship of unmarried people and sometimes the apples would be hung from strings, the same way we hung our donuts.

These ancient traditions, along with local tales of ghosts and witches, and the strong sense of community made an indelible mark on my imagination. When I needed inspiration for writing my first novel, I knew exactly where to start.