Newlyweds Will (Claes Bang) and Rosalind (Olga Kurylenko) live happily together with her twin daughters from a previous marriage. An accident during her pregnancy – which leaves mother and baby bruised but alive – changes everything. As Rosalind’s mental health begins to unravel, Will discovers horrifying secrets from her life before she met him; secrets that threaten the lives of both them and their children.

The Bay Of Silence is directed by Paula van der Oest, and adapted for the screen from Lisa St Aubin de Terán’s novel by actress Caroline Goodall (who also has a small part in the film). It’s Goodall’s first screenwriting credit, and, to be blunt, you can tell. It could be that the numerous narrative flaws are the fault of the source novel, but whoever’s to blame, nothing makes sense after the first act. The mess of a plot all relies on a trauma that resides in Rosalind’s past, and the process of uncovering it is a lengthy one. There are countless hacky montages of Will rifling through old photos and books and googling intensely, soundtracked by John Swihart’s impressively generic score. It’s the sort of movie where when Will first arrives at a pub near Rosalind’s childhood home in Normandy to do some questioning, the man he needs to speak to just happens to be drinking there. 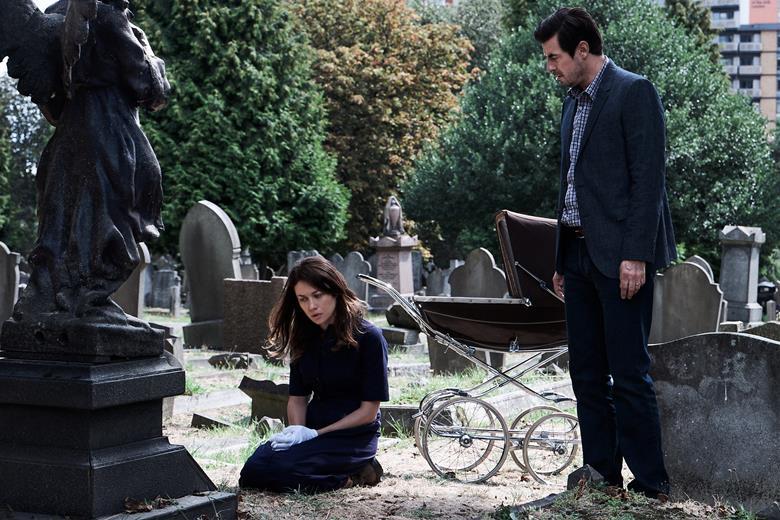 The clichés and contrivances wouldn’t have been a problem if van der Oest and Goodall had decided to lean into the pulpiness of it all. But they don’t. They seem convinced that they’re making an uber-serious drama. There’s no lightness. No air. Their film is stuck in this awkward netherworld: they are so cowed by the weight of their subject matter they don’t make the most of the potential for some trashy fun. Yet there’s so much hackneyed dialogue and so many baffling narrative turns, you can’t take the serious parts… well…seriously.

It’s a bit of a mystery why The Bay Of Silence attracted a much better cast than it deserves. The screenplay, which privileges this labyrinthine plot over character at every turn, does the actors no favours. They never feel like real people, just the unfortunate cogs in a machine designed to lug the narrative from one cliché to another. The Danish Bang is lumbered with an English accent that at first sounds okay, until you realise it has left the usually convincing actor with the complete inability to emote. Kurylenko has little to perform but hysteria. And for those lamenting the long wait until the third season of Succession, the wasting of Brian Cox is particularly offensive. No actors, however talented, could battle their way through the torturous screenplay and come out smelling of roses. It’d be unfair to ask them to.

It isn’t often you can say this of a film, but The Bay Of Silence has no redeeming features; we’re in such dire territory that even the ‘so bad it’s good’ label would be a significant step up.