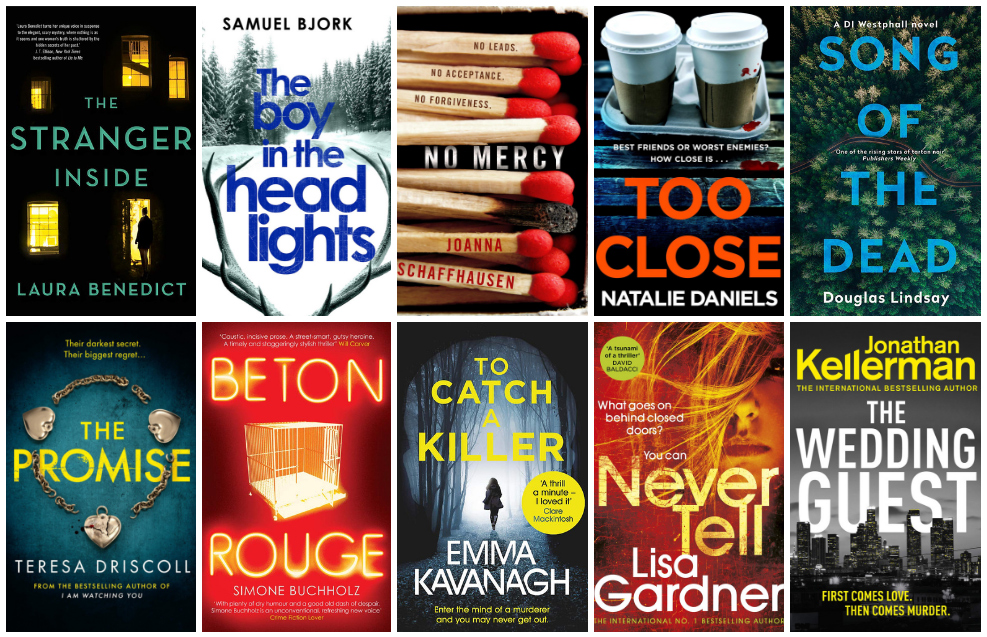 With the long British winter finally over, it’s time to catch up on this year’s best crime, thriller and suspense novels so far. If you love clever twists, cunning turns and darkly compelling mysteries, don’t miss these books.

No Mercy by Joanna Schaffhausen 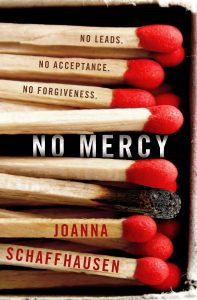 The sequel to Schaffhausen’s debut The Vanishing Season reunites readers with police officer Ellery Hathaway who’s been put on involuntary leave because she shot a murderer and won’t apologise for her actions. Joining a group therapy for victims of violent crime, Ellery becomes embroiled with various other group members, one who might have helped the wrong man be convicted, the other a victim of a brutal assault whose attacker is still out there. With a fierce female protagonist and sidekick support from an intriguing FBI profiler, No Mercy is a thrilling pursuit for truth and justice that demands a third book. (15 January, Titan Books)

To Catch A Killer by Emma Kavanagh 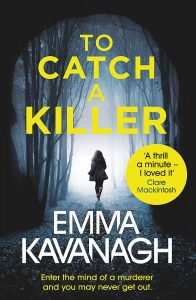 Twists and turns abound in Emma Kavanagh’s heart-pounding police procedural thriller, which introduces a compelling new lead in the form of DS Alice Parr. After being the first officer on the scene of a vicious stabbing, Parr is determined to solve the case, unintentionally beginning a frightening game of cat and mouse with a killer who’s watching her every move. Just when you think you’ve got the measure of the story, Kavanagh throws another curveball that will leave you slack-jawed. Be prepared to read this in one sitting. (24 January, Orion)

The Stranger Inside by Laura Benedict 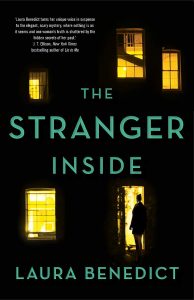 When Kimber Hannon returns home from a work trip, she discovers the locks have been changed and there’s a male intruder in her home. The police arrive but the man says he’s renting the house, a claim that’s corroborated by a neighbour. Bafflingly, it’s Kimber who’s forced to leave, setting in motion events that dredge the dark secrets of her past into the present. Laura Benedict’s skill with suspense lends itself to this unnerving and intense character-driven mystery, which taps into the home invasion terror with a clever twist. (7 February, Mulholland Books)

The Wedding Guest by Jonathan Kellerman 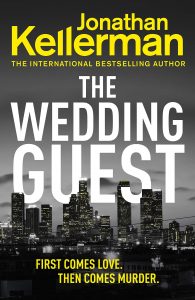 Prolific crime author Jonathan Kellerman’s new thriller delivers a killer wedding in more ways than one. When the body of a young woman is discovered at a Saints and Sinners themed wedding, the bride is convinced someone is trying to sabotage her special day, whilst the groom thinks it’s just a tragic mistake. Psychologist Alex Delaware and LAPD Lieutenant Milo Sturgis must get to the truth, interviewing a hundred guests and sifting through the potential motives. This is the 34th Alex Delaware novel and it’s a thoroughly engaging whodunit that revels in throwing red herrings at readers. (7 February, Century)

The Promise by Teresa Driscoll 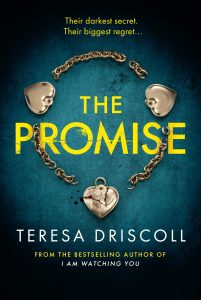 Secrets, regrets and dark pasts return to haunt three friends in Teresa Driscoll’s multi-layered psychological thriller. Beth and Sally are estranged from their childhood friend Carol but they’re all connected by a shared trauma they agreed to take to the grave. Thirty years later and their horrible secret is in danger of being unearthed, prompting Beth to question not just their vow of secrecy, but everything she believed was true. This is a slow burning, suspense-fuelled story that drip-feeds clues as it shifts between the past and present. (7 February, Thomas & Mercer)

Song of the Dead by Douglas Lindsay 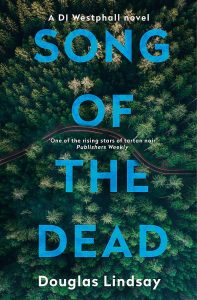 Readers who enjoy James Oswald’s crime novels will devour fellow Scottish author Douglas Lindsay’s ominous and atmospheric Song of the Dead. This first book in a new police procedural series set on the Black Isle follows DI Ben Westphall who, due to his background with MI6, is tasked with investigating a case involving potential kidnap and organ harvesting. When suspects start dying, Westphall must uncover the truth and expose the killer before it’s too late. A brilliant introduction to the DI Westphall series, which continues later this year with Boy in the Well. (7 February, Mulholland Books) 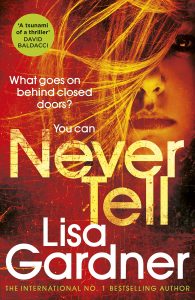 The tenth D. D. Warren novel sees the seasoned Boston detective investigating a murder case that might not be as open-and-closed as it initially seems. D. D. already knows prime suspect Evie, the pregnant wife found with the gun in her hands, who was cleared of another murder sixteen years ago. Working once again with hostage survivor turned informant Flora Dane, D. D. must unravel a tangle of secrets and lies to figure out if Evie is a murderer or a victim. Alternating between the three women’s perspectives, Never Tell is a pacey and action-packed thriller that will leave you feeling breathless. (21 February, Century) 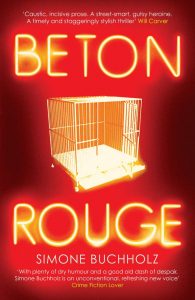 Chastity Riley, the central character in Simone Buchholz’s sharp and unrelenting crime noir series, is a one of a kind character. In Beton Rouge, the second book featuring Hamburg’s hard-bitten state prosecutor, Chas and her new colleague Ivo are tasked with investigating violent attacks on the powerful managers of one of Germany’s biggest magazines. What at first seems like revenge for staff layoffs soon evolves into something more sinister as it becomes clear the victims share a suspicious past. The follow-up to Blue Night is a smart and witty book that shines a probing spotlight on society. (21 February, Orenda Books)

Too Close by Natalie Daniels 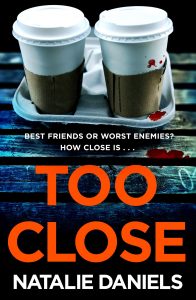 When Connie wakes up in a psychiatric hospital, it’s because she’s committed a terrible crime. The problem is, Connie doesn’t remember what she did. The task of extricating Connie’s memories falls to her psychiatrist Emma, who begins unravelling the story of Connie and her friend Ness – and how their close friendship turned sour, ultimately leading to Connie’s confinement. Too Close is a twisty psychological thriller and domestic drama about female friendship, mental illness and jealousy. It’ll compel you to