After witnessing their parents kill a girl in a ritual sacrifice, the teens set out to discover whether their parents are killers, itching ever closer to the time when they’ll actually run away. This episode is a noticeable improvement over the last two, establishing some nice character dynamics and at times even embracing the superhero elements.

When ‘Destiny’ began with a flashback to ten years ago, I was pretty worried this was going to be an entire flashback episode – when the last thing this show needed was more filler. Thankfully this rewind is quite concise, whilst creating further mysteries around The Pride. It’s not surprising the creepy Minoro’s were probably involved, but the rather innocent Yorkes seem to know something too. The increased focus on the parents is something I haven’t much enjoyed up to this point but at least the writers are trying to make them a little more three dimensional – though I’m still struggling to be bothered about the inter-relations of the members.

In terms of the children, this episode is probably the most focused so far, with Alex attempting to establish himself as the leader and giving everyone detective assignments. I was pleasantly surprised to see some payoff to the hints of the team’s ‘powers’ this episode, including finally giving some actual screen time to Old Lace – Gert’s dinosaur, who actually looks pretty awesome. The scenes with Nico using the Staff of One are fun to watch, with her accidentally creating an indoor blizzard – needing Alex’s help to then cover it up. 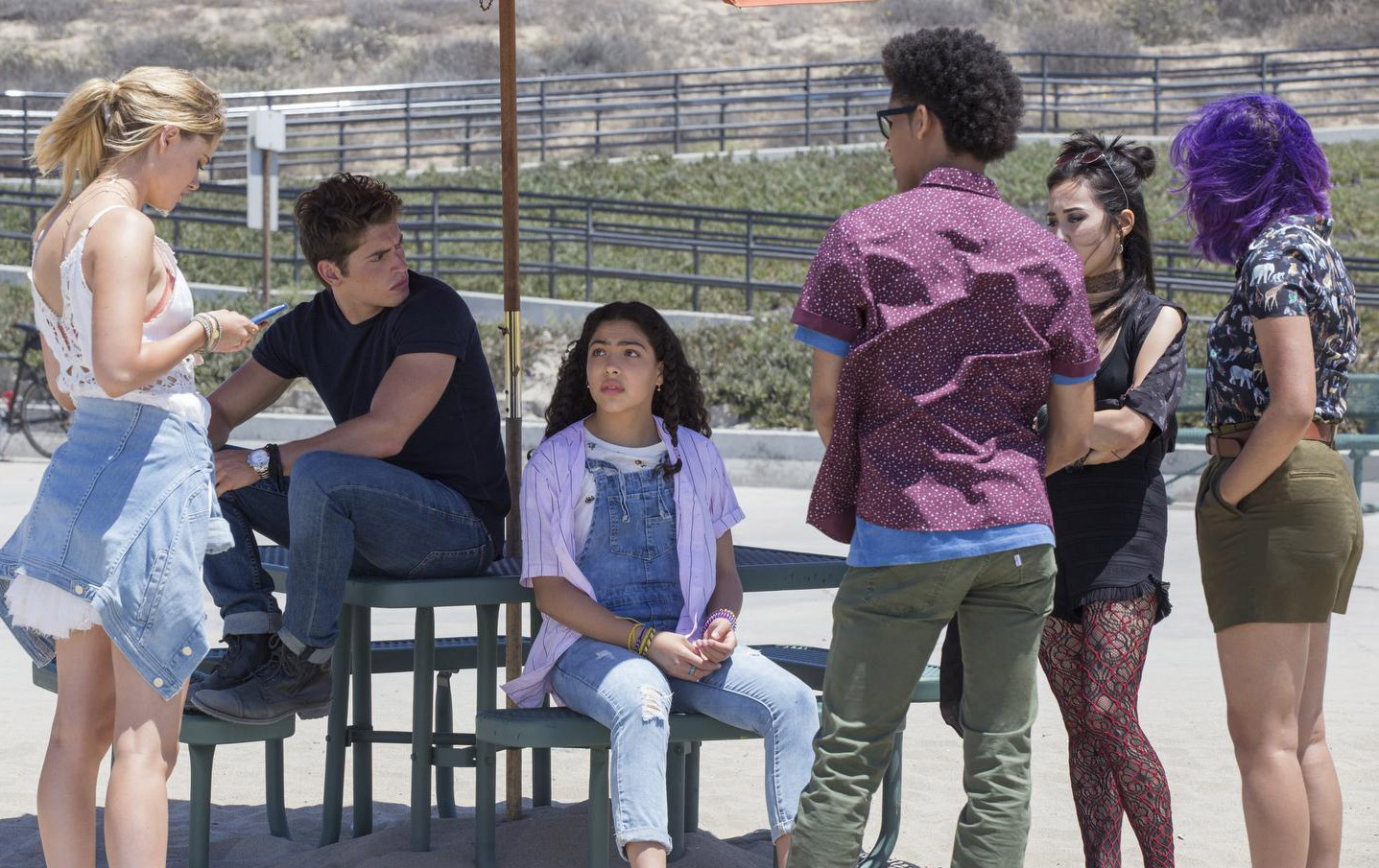 Gert and Chase also get to spend some time alone this episode and it really allows their relationship to flourish, even if it’s over some weird jokes around X-ray goggles. Similarly, Nico and Alex get a few scenes together that help to develop their characters slightly more. It’s taken three episodes but the gang is starting to feel a bit less stereotypical.

Whilst the show is still far below what I hoped for from a Runaways series, with this episode it at least seems to be finding its feet a bit. The scenes with the parents still, for the most part, drag the show down, but the interactions between the kids are almost enough to make up for it. Who knows, it may make a fan of me yet.