Ahead of the release of new album Thrust (keep an eye out for our review next month), we caught up with hairy dutchmen DeWolff to talk riffs, writing and the return of rock ‘n’ roll. All aboard the train to hard rock heaven…

Tell us about the new album – how did you try and develop your sound, and what do you want your fans to get out of this record?

With this album we wanted to take what we do, which has often been described as “60s & 70s” music, into the 21st century. We still recorded it on tape, but we wanted to make this record sound as explosive and hi-fi as possible, in a way that has the lowest lows… and the highest highs.

Also, a lot of people would tell us that they like our records, but that they pale in comparison to what we do live. We wanted to make a record that is representative of the energy that we have in our live shows.

You often use the word ‘psychedelia’ to describe your music, but the records sound closer to Grand Funk Railroad or Montrose than Disraeli Gears or Jefferson Airplane. How do you incorporate psych into your sound?

Well, I wouldn’t know [laughs]. We used to incorporate a lot of psychedelic elements into our music, but we haven’t been listening to “real” psychedelic music like Pink Floyd for quite a while. We draw more inspiration from southern rock and old blues, but “psychedelic” is a word people have often used to describe our music, so I guess we kind of went along with that.

The live performance video of ‘Deceit and Woo’ is incredibly faithful to the studio version. Do you record live in the studio together, or track separately?

We record live as much as possible, and that will always be the three of us, but we might overdub something like bass synth in a later stage. Getting the basics together – drums, guitars and Hammond – is very important to us. It determines the feel of the song.

If you track separately it’s not so much about feel anymore, but about “good” and “wrong”, because you tend to zoom in on all the little mistakes that make music human. That’s what happens in a lot of modern records and it’s the main reason a record sucks.

Unless I’m mistaken, there’s bass guitar on the record – why did you take the decision not to tour with a session bassist? Do the keyboard parts have to be rewritten for the road to incorporate the bass?

Some songs just work better with a bass guitar. You know, a live show is something you see and it passes. A record is something that’s there for everyone to hear, forever. So sometimes we use the bass guitar because it goes better with the studio version of the song; because that’s the way the song was intended, for example. Live we don’t want to bring an extra person, so Robin has to study all the bass guitar parts on his bass synth for our shows! 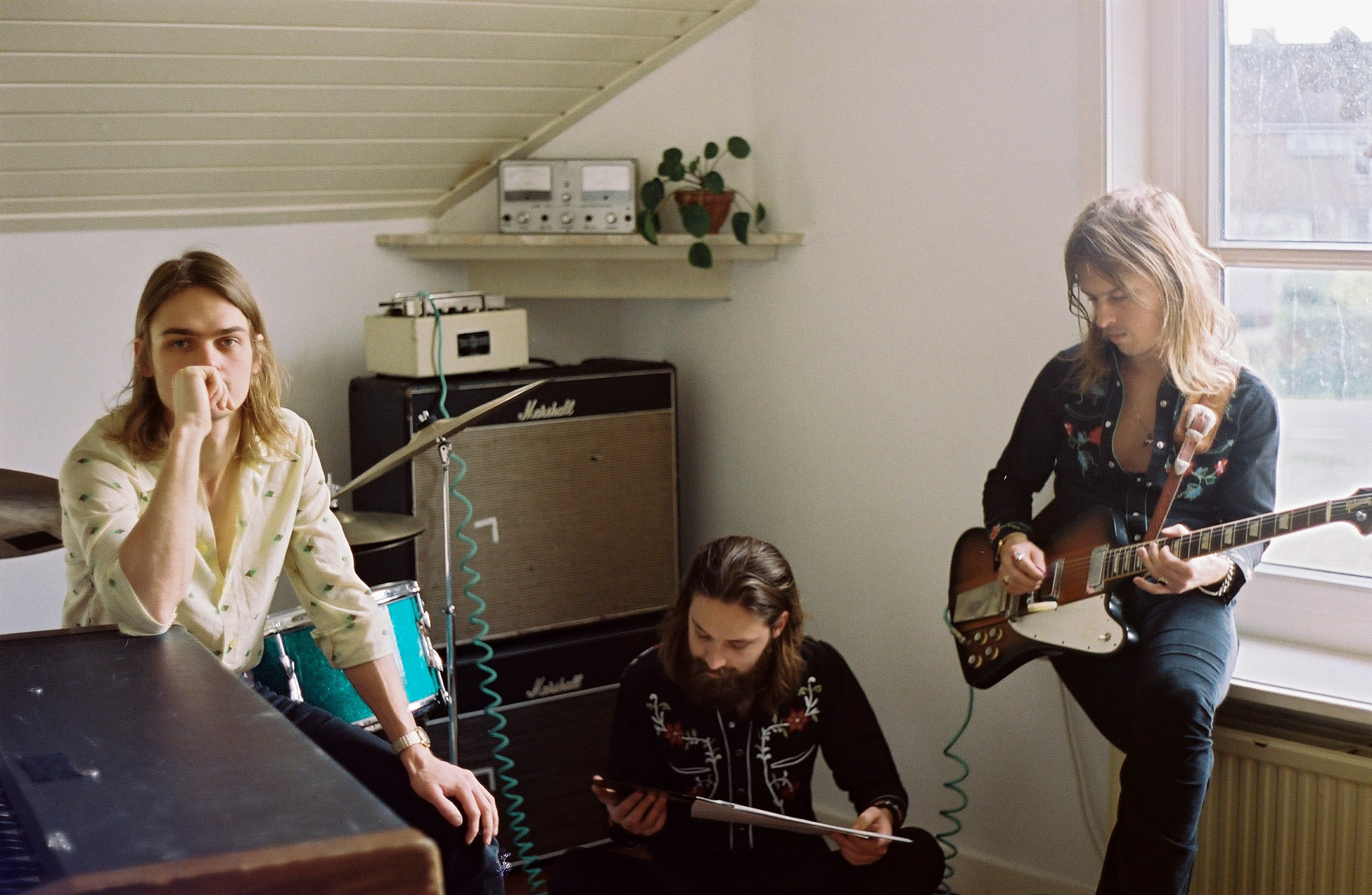 You take a direct swipe at everyone’s favourite orange president on ‘Deceit and Woo’. Do you think it’s important for artists to make protest music? Do you think it can make a difference, or is it just a way to express your anger?

A little bit of both. It would be really stupid to look back on our time in 20 years and to not have a clue in which era this music was written, because nobody was singing about what’s really going on in the world in 2018. I’m not saying that everybody should sing about politics and climate change, but to not sing about politics because it might offend people to me is a strange thing.

We just sing about what’s on our mind; whether it’s love and heartbreak or politics. We don’t have a set of principles that say what we can and cannot write about. For example, on the day Trump was chosen for president, it was all we could talk about. We were writing new songs then, so every atom in our brain wanted to write about it. To not write about it would have felt very unnatural. On another day, when I felt very lonely in some hotel room in Madrid, I wrote ‘Outta Step & Ill at Ease’, which is a completely different kind of song.

Yes, people still respond to it, and they always will respond to it because it’s still relevant. Rock music with guitars, Hammonds and drums was something that started in the 60s and lasted till the start of the 80s. After that a lot of clichés happened and then in the 90s “Classic Rock” was back.

But to me it’s not Classic Rock, it’s rock ‘n roll music. And that’s about creating a gut feeling that gives you the chills and makes your heart pound faster. Like having sex, it’s some kind of primal feeling. A couple of weeks ago Blind Willie Johnson was playing on the speakers in some restaurant and the hair in my neck just stood up. This music was recorded in the 1920s; I was born 70 years later, so I have no relation with this music whatsoever, but it just touched me like crazy! And that’s what music should do: it either grabs you or it doesn’t, but it’s not supposed to be “hip” or “unhip”. It’s all music.

On a similar note, where do you think classic rock (for want of a better catch-all term) is headed? The old guard have been having a fantastic renaissance since about 2007 (which was great for me, because I was a teenager then). But the big players are dropping out one by one – AC/DC, Floyd, Purple, Sabbath… Is the genre destined to end up like jazz without Louis Armstrong, John Coltrane or Miles Davis – a niche concern?

I don’t know; I think as long as classic rock bands consider themselves “Classic Rock” bands and nothing more: yes, it is destined to become – or stay, if you will – a niche concern. But I think a couple of guys picking up instruments, trying to write a good song and doing their best to become awesome players is a timeless concept. So it’s time for guys like us to somehow find a way to touch a bigger audience, for example with a great song that transcends genres, so that people can get in touch with our music and eventually decide to pick up instruments themselves.

Sometimes when young people see us at a festival, they’ll come to us afterwards and tell us how awesome they thought it was. They’ve never seen or even heard a rock band before, because this music is not being played on the radio. But WHEN they hear it, it grabs them. So it’s just a matter of breaking through this mainstream music barrier. Which is really hard, but I believe it’s a matter of time before radio starts playing real music made by real people again. 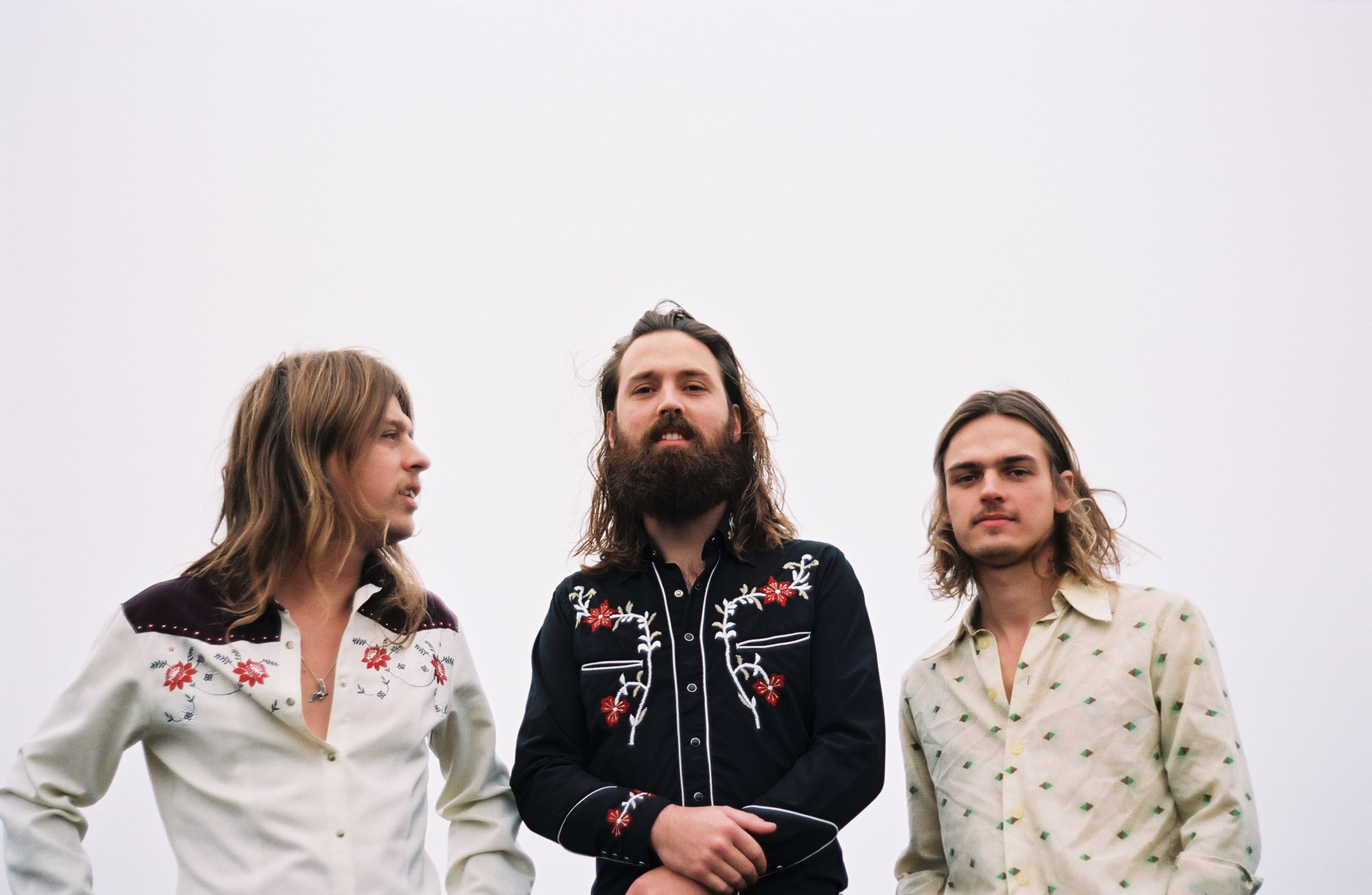 I noticed you don’t often tour outside the Netherlands, but you’re making a trip to London this May (looking forward to it) – would you like to tour the UK and US more often? How do you find the audiences over here?

Yes, that is one of our biggest dreams! We do tour outside the Netherlands a lot. I mean, we have to, because it’s a tiny country. We tour a lot in France, Germany, Spain, Austria and Switzerland and I think it’s because of that we haven’t had the time yet to properly focus on the UK and USA. But it’s definitely one of our main goals to tour over there. The few times we played in the UK were always in London and we found that people really loved our music. The reactions were great, so that’s awesome.

Who are your favourite young bands on the scene right now?

We have a whole scene back in Holland, guys with long hair in Western shirts making awesome music. Our favourite band must be The Dawn Brothers. Ever since I recorded their debut album in our studio we’ve become big, big fans of the band. Their songs, their voices and their playing style are incredible. They’re insane! They must be my favourite band in the world right now – no kidding. We also have a lot of other cool bands over here like The Grand East, Mitch Rivers and Nachtschade, who all make soulful rock music from the heart.

What are your plans for the rest of this year?

We’re going to have an insanely busy year, which I love! There’s a lot of things I’m looking forward to: the Dutch club tour that will start in May, the show in London on the 15th of May, our show on the Lowlands festival, our German and French tours later this year. We also released a cassette with B-sides and rarities that I haven’t even seen or heard yet, I just recorded a solo album that will come out in August, I’m also recording a new album with the Dawn Brothers… there’s never a dull moment!