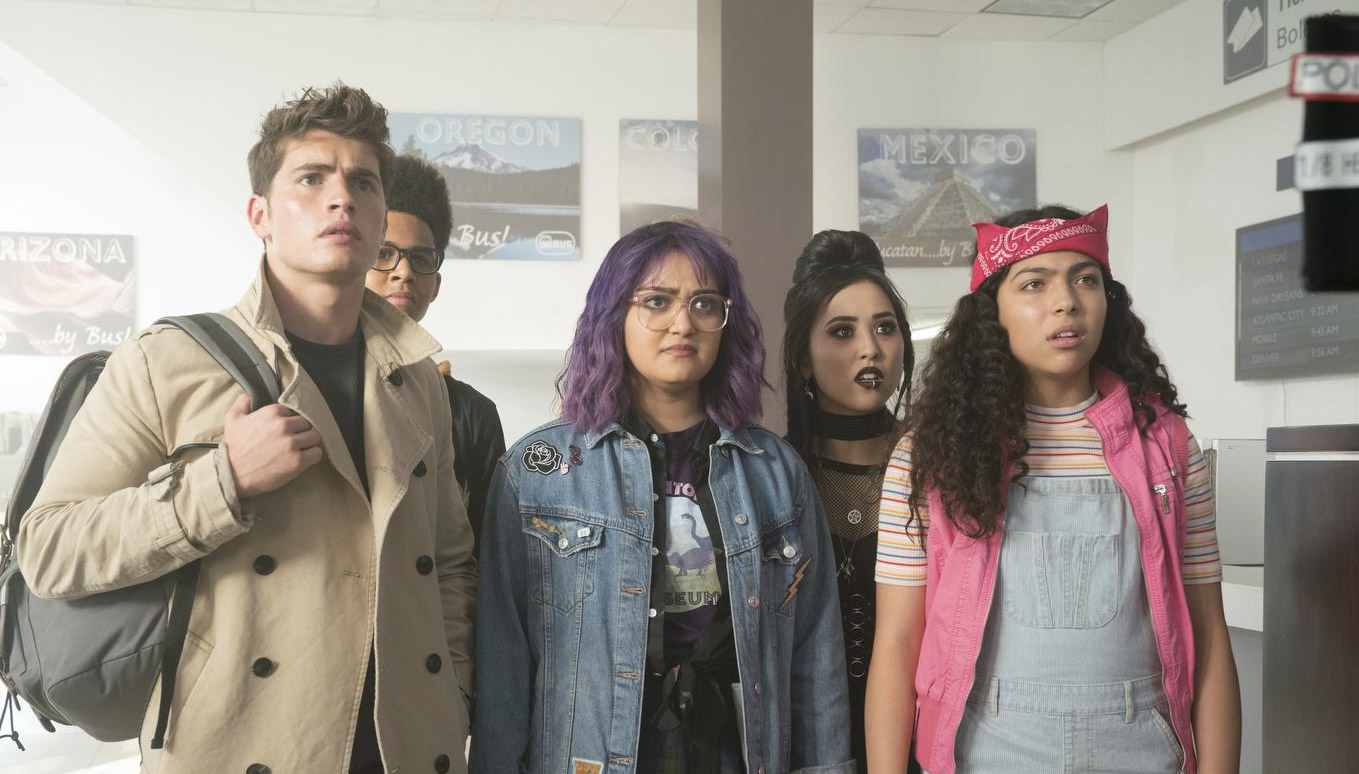 ‘Hostile’ picks up right after last week’s cliffhanger, with the kids ready to face their parents, a situation quickly dissolved by the arrival of Jonah who trounces them in one fell swoop. Karolina decides she’s the best one to hold him off (because reasons) and the others flee. This turns much of the episode into a story about getting Karolina back, as opposed to dealing with most of the dangling questions from the season. At the very least, the children do finally run away.

The children are pushed to the forefront this week, as they really should have been from the beginning, with the parents only receiving a few scenes. The kids on the run present a whole host of new challenges, ones which the show makes adequate use of dealing with in one episode. One scene where they have to hide Old Lace (Gert’s emotional support dinosaur) in a shopping cart highlights how out of their depth the children are. The drama wrought from these issues definitely trumps the general angst they’ve piled on them much of the season.

Nico is the character that’s grown the most this season, with Lyrics Okano truly bringing her to life. Her relationship with Alex never felt right, even before all the lies he was keeping came to the surface, and it’s interesting to see the show explore her sexuality with Karolina. It never goes out of its way to put a question mark on whether she’s lesbian, bi or just experimenting, and this works in its favour. They clearly had feelings for each other and are exploring what that means.

Old Lace gets the most screen time so far this week and the scenes with her are some of the strongest of the episode. An emotional farewell between the two actually had me welling up. Sadly Chase and Gert’s relationship hasn’t been so well built up, with them going from sorta friends to a rushed sex scene last week, before two separate scenes with Nico make them realise they care for each other. It feels too much like the writers wanted them to be together, as they are in the comics, but they haven’t put the work in to establish it – and hell, it’s not like there weren’t entire episodes this season that felt like filler. 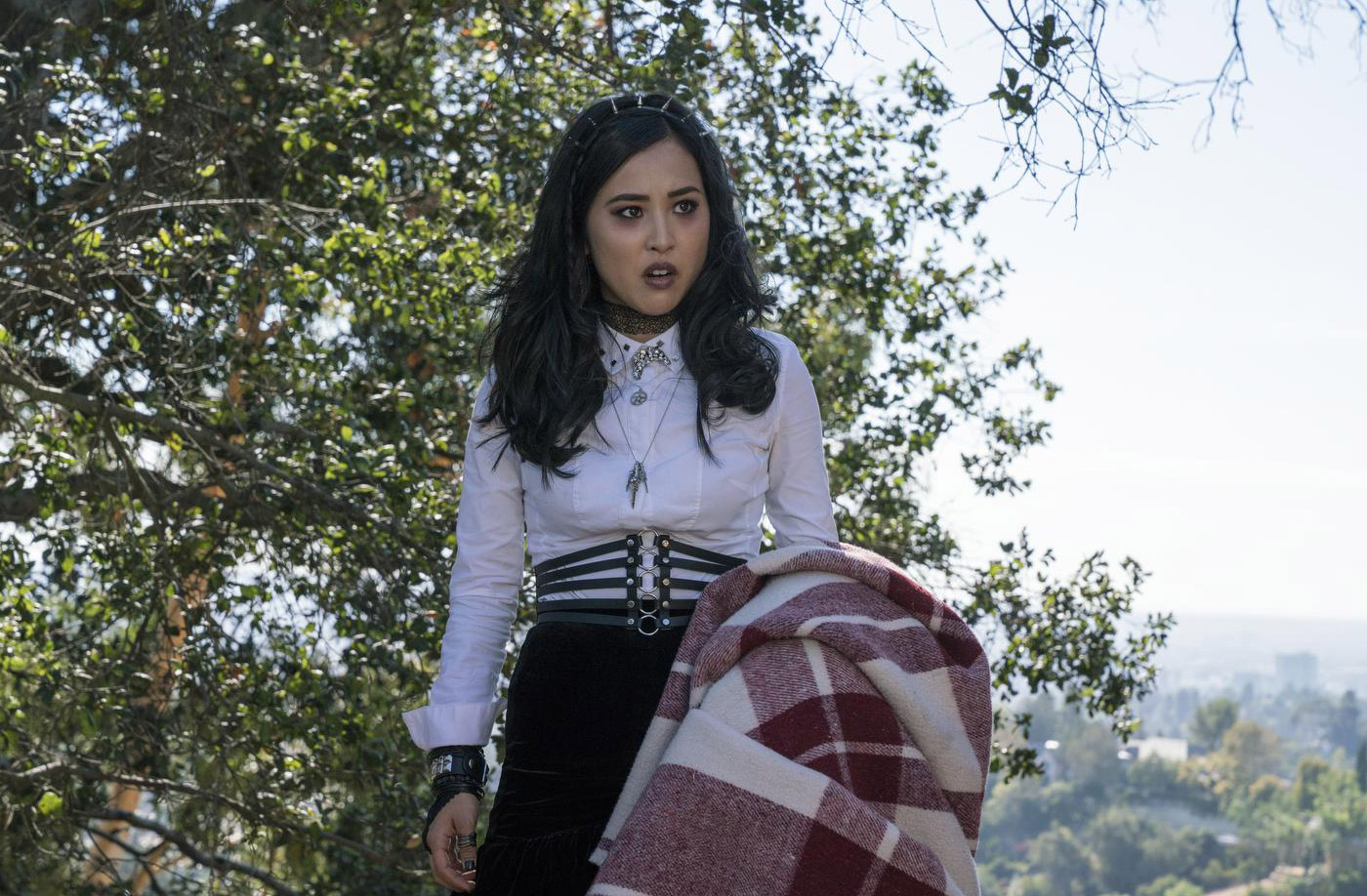 As previously mentioned, The Pride have less to do this week, bar a few scenes of them plotting. The Wilders are simply focused on getting Alex back, whilst everyone else teams up with the goal of taking their lives back from Jonah. The way they’ve shifted things so that The Pride are not necessarily evil has definitely been a determent to the show – pushing villain duties onto the bland, generic Jonah. Even Leslie’s actions – it’s revealed she’s known all along that Jonah killed Amy – are nearly brushed off as she unites Pride against Jonah. It puts Pride in a weird place where the show wants you to not see them as evil, but their actions are definitely unforgivable.

The main selling point for the show was that it would feature the parents as members of the major cast, but this has definitely worked against it. The writers have done little to make them compelling villains, simply giving that tired reason of “we did it for our kids” stretched out across ten episodes. What makes this worse is that when the children are together, they have good chemistry – but due to the size of the cast these scenes are few and far between. It’s hard not to imagine a show that would have skipped over most of the scenes with the parents, and also had far less of the kids infighting over nothing and pondering whether their parents are truly bad.

This whole season I’ve wondered whether my enjoyment Runaways has been hampered by my love for the comics. In a way it’s similar to how I feel with the X-menmovie franchise, being compelled to watch it in the hope that one day Fox will create a film that actually feels right. However, it’s beginning to feel more like the only reason I can even stand to watch Runaways is for the brief moments where it does feel like the comics, the show universe being so altered to the point where it feels like a completely different story. If next season they increase the focus on the actual Runaways, reducing the role of the parents, then this would be an important step to making the show more enjoyable. As it stands, Runaways is just a mess that needs some serious fixing.