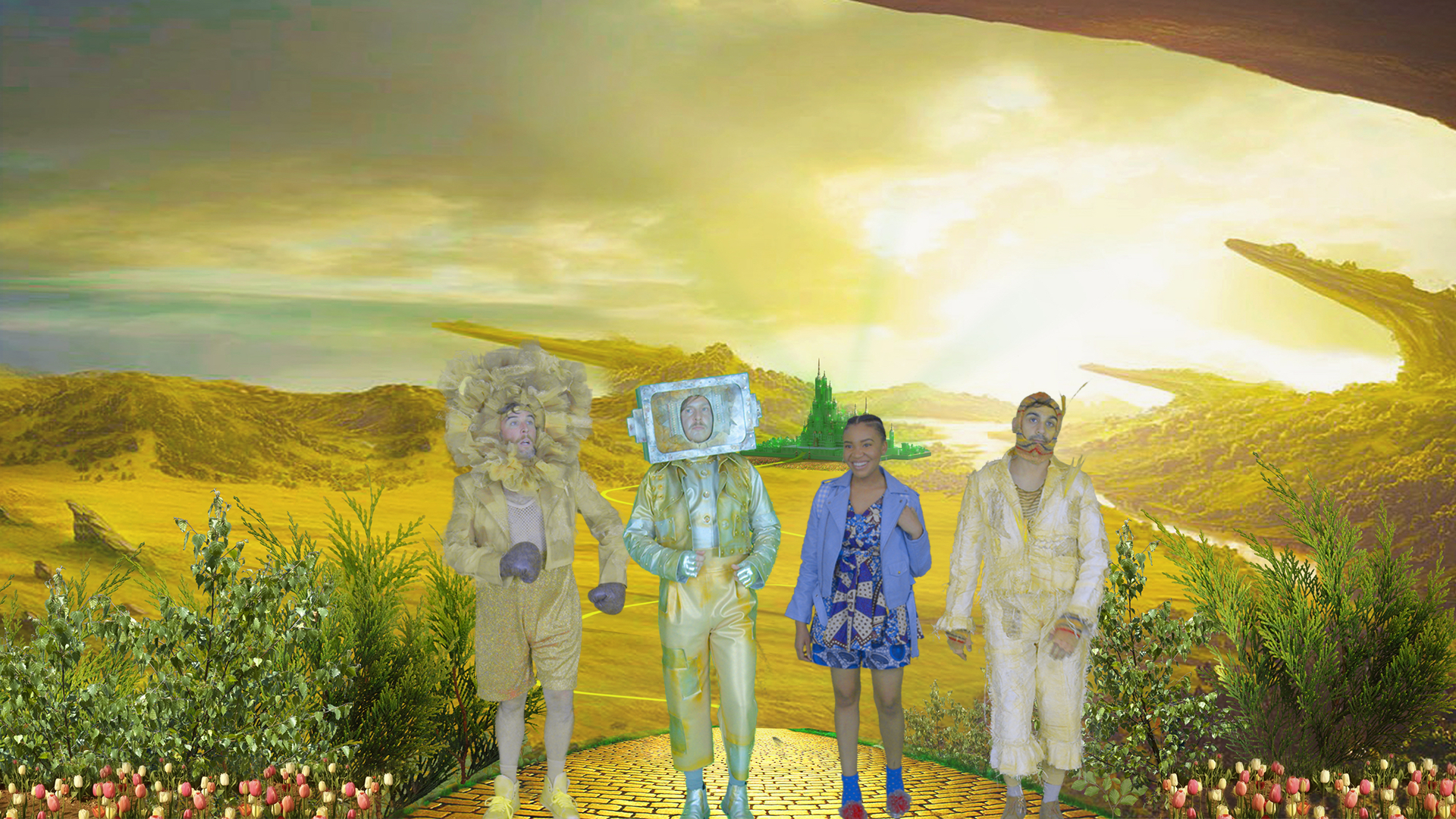 Diving back into the online world, Creation Theatre have put together a vibrant Christmas show, The Wonderful Wizard of Oz. It’s a modern take full of references to social media influencers and makes imaginative use of Zoom backgrounds to whisk Dorothy, her companions and the audience off to Emerald City in a blizzard of colours. The MGM songs have been replaced by a couple of catchy new tunes to enjoy on the journey.

Leading us down the yellow brick road is Chloé Lemonius as Dorothy, a sharply cynical teen all the way down to her stylish new shoes. After accidentally killing one wicked witch she has the good fortune to get a protective kiss from a good witch, played by the utterly fabulous Le Gateau Chocolat. This new world gets more bizarre with directions from a bunch of munchkin sock puppets who are desperate for likes. Chloé grows nicely into the role of heroine with increasingly composed reactions to the weirdness unfolding before her and a feisty rallying cry before facing off against the second wicked witch. Annabelle Terry brings a spiteful energy to this battle with her armies of followers, whipped up into a maniacal rage by a leaked video.

There’s plenty to admire in the performers being layered together on screen and interacting with each other despite being in different rooms around the country. The aesthetic regularly leans towards computer games, especially reliant on beat ‘em ups when characters are in conflict. There’s also space for lots of eerie animated creatures to fly in and out of the frame. The usual suspects turn up quickly; Dharmesh Patel is a suitably loose scarecrow who gets into a funny back and forth with the upright tin man, played by Tom Richardson. Simon Yadoo has a strong presence as the lion learning to be a king, and the whole crew showcase their different talents for finding solutions in a succession of unusual binds.

Encountering many different manifestations of the Wizard pushes Zoom technology to the outer limits with a cavalcade of faces and zany colours. The entire cast and crew put in a huge effort as the landscape shifts and they roll from one intricately designed scene to the next. There’s not much space for audience interaction, although there is humour in occasionally breaking the fourth wall and wondering why it’s so hard for everyone to hug. With a delightfully OTT array of costumes and props the show feels like an organised riot. Split into two acts, this ambitious project combines the digital and the live, moving through a classic story and mixing in messages about technology and friendship.