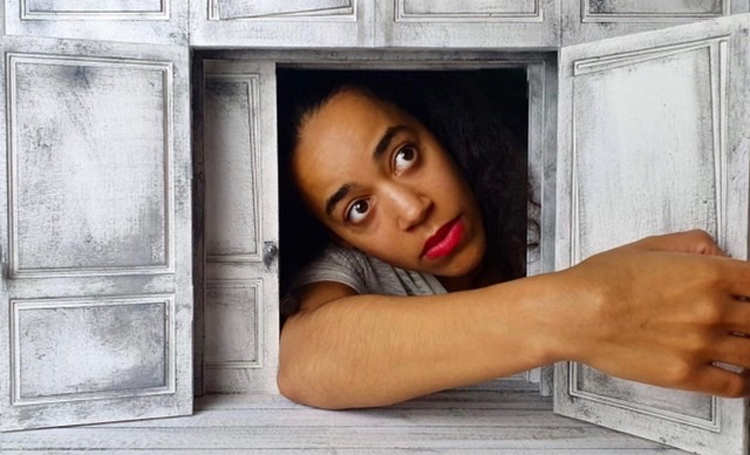 Exploring the online theatrical world in a ‘choose your own adventure’ style, Creation Theatre have adapted the story of Alice in Wonderland into a Zoom maze. It travels here, there and everywhere with cast and audience getting involved from the comfort of their own homes.

Using an electronic Cheshire Cat to set things up sounds a little creepy but there’s no time to ponder such things as the audience, in the form of floaty Zoom heads, are thrown down the rabbit hole. From here the participation really picks up as each household chooses a place to go and once that meeting has finished, can jump in somewhere else.

These energetic scenes can be visited in any order and include Colm Gormley as a friendly March Hare organising a sports day of synchronised swimming and races, whilst Tom Richardson argues with and catches himself as both halves of the balancing act Tweedle Dee & Tweedle Dum. The plot is slightly fleshed out in a scene inside the Mad Hatter’s stage hat. Written by Charlotte Keatley and performed by Dharmesh Patel, this clever sequence mixes in different characters and a little bit of magic. Most intense is a lively game of musical statues with a rather sharp Queen of Hearts. Vera Chok demands losers plead for their heads and fast flattery saves lives.

The second part of the performance brings these chaotic threads together as a supersized Alice appears and tries to navigate this topsy turvy world. Leda Douglas imbues our heroine with a dose of courage and street smarts; she’s particularly feisty pushing back against the ridiculous logic of the tea party which features Annabelle Terry as a charmingly undocile Dormouse. The vivid story of the Jabberwocky utilises clever special effects before Nicky Harley appears as a conscientious White Rabbit to pull everyone towards the Queen. There’s time for a bonkers online hedgehog croquet game where the jam tarts prize feeds into a farcical courtroom finale. As a hodgepodge of evidence is presented and some spectators are called as character witnesses, Alice needs to pull off a last magic trick to get free.

The cracking pace never lets up. Director and adaptor Zoe Seaton has mixed together all the ingredients of Lewis Carroll’s story and scattered them across online platforms. Using innovative backgrounds and clever stage illusions, the actors interact smoothly with each other, taking every available opportunity to get a willing audience involved. With everybody still so far apart it is some achievement to make this classic tale feel so modern and dynamic.