If ever there was a documentary film that needed to be a documentary series, it’s Matt Wolf’s Spaceship Earth. It tells the story of a group of friends who met in San Francisco in the sixties, and immediately set about changing the world. After running through a list of projects that are exhausting even to hear about, the group settle on their big idea: building Biosphere 2 – an enormous ecosystem meant as a trial run for Earth colonies on other planets – and choosing eight people to live there for two years. The movie charts the experiences of those involved and those who watched, and how it all ended up going so wrong.

It takes a full hour for the eight to step inside Biosphere 2, however. The first half of Spaceship Earth is concerned with showing us how this crazy project came to be. The problem is – and this a running theme – there is just too much information to fit into too short a time. How many documentaries do you know that could feature the line, ‘We built a hotel in Kathmandu,’ as a throwaway sentence? The main effect of having fifty years full of adventure squeezed into the length of a feature film is that it all feels like a sketch. We don’t get to know any of these people; there’s no time – or room – for their characters to come through. Even John Allen, the group’s beloved leader, gets little shading; he’s basically a cult-leader straight from central-casting (and the cultish aspects of the group are another element Spaceship Earth glosses over). Despite there being so much material, because there’s not enough detail or personality, it’s all a bit boring. 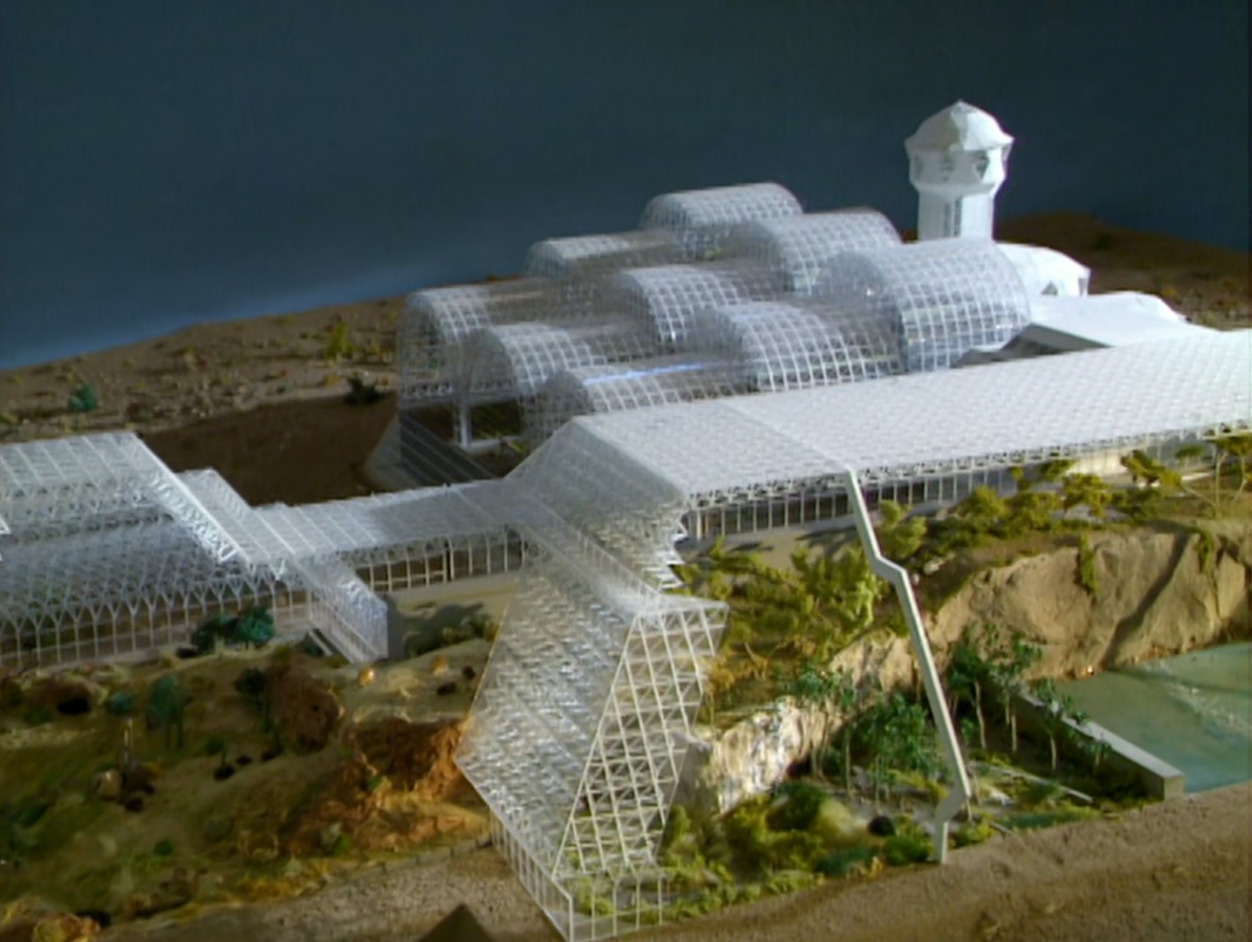 Things start to pick up when we actually arrive at Biosphere 2. All of the action is concentrated into one place, and that allows some colour to shine through. It’s hard not to be fascinated by Dr Roy Wolford, the oldest of the Biospherians, who – at 60 – is convinced he’s only hallway through his life (he was wrong). Another Biospherian cuts the top off her finger and has to get medical attention in the outside world – she gets into hot water when it transpires she smuggled in extra supplies upon her return to the experiment. Events take a nightmarish turn when the level of oxygen being pumped into Biosphere 2 plummets, and the group all start to take ill. All of this is compounded by the fact that the facility becomes not just a focus of the media, but a tourist attraction. The eight people locked inside are observed as if they were animals in a zoo.

After the experiment concludes, Steve Bannon (?!?!) shows up to take over the compound and act as the one-man personification of the evils of corporate America. Again, Spaceship Earth is short on details – exactly what is he doing there? – but as a storytelling shortcut, having the reviled Bannon steal an environmentalist project from a bunch of lovable hippies is pretty effective.

Hopefully one day someone will take the incredible story behind Spaceship Earth and give it the time and space it deserves. For now, this will do.