If you have a Twitter account, chances are you have heard of The Good Place. The latest in Mike Schur’s comedy babies (Parks and Recreation, Brooklyn Nine-Nine) stole the hearts of online audiences across the world with the first and second season streaming on Netflix, and avoiding gushing reviews was impossible.

Of course part of it was that it was created in part by some of your favourite people on your timeline (Megan “Today is the Day Donald Trump Finally Became President” Amram, and Demi “57 DVDs of Click” Adejuyigbe to name a few), but it has often been said that Twitter is the writer’s social media, much as modern television – in its current Golden Age especially – is the writer’s medium. It’s no surprise that some of those favourites came together to create what happened to be the sharpest, smartest and most charming comedy of the last year.

The Good Place opens with Eleanor Shellstrop (Kristen Bell) opening her eyes in a sterile waiting room, the wall opposite her assuring: “Welcome. Everything is Fine.” Shortly after emerges Michael – Ted fuckin’ Danson – the architect of this particular neighbourhood, who advises her that she’s died, and subsequent to her altruistic, giving life as a human rights lawyer, she has ended up in the titular Good Place (as opposed to, you know, The Bad Place).

Including her dream house, in a neighbourhood with countless frozen yoghurt places with innumerous ‘pun’-y names, Michael informs her the system also pairs her with her one true soulmate, who happens to be Chidi Anagonye, an ethics professor from Senegal (The Good Place also translates all languages automatically). So really, it’s perfect. And right when everything has been established to be so idyllic that you’re beginning to wonder what kind of weekly shenanigans they’ll even be able to get into, the other shoe drops.

“There’s been a mistake,” Eleanor confides in Chidi after making him promise to stand by her, no matter what, “I’m not supposed to be here.” The magic of the show, however, is that even at this point, when you think you’ve got the show sussed, it goes a way you hadn’t even considered. It genuinely keeps you guessing, but unlike the grimdark Game of Thrones or House of Cards sensation of ‘anything could happen’, it’s something exciting when wrapped in the warm blanket of trust in competent writing – writing whose ambition comes not from wanting to shock or pull the rug out from under the audience, but to impress it. To welcome it, to its bright and weird and wonderful neighbourhood. On that same note, it’s difficult to praise the show while retaining the element of surprise it has clearly worked tirelessly to provide. 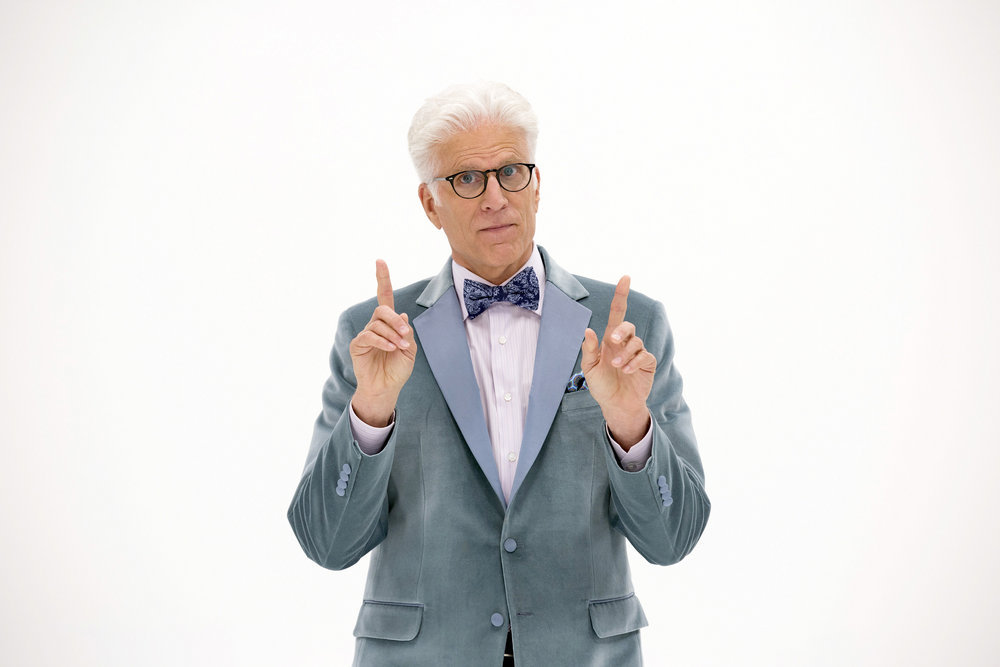 At its core the show seeks to depict the amazing capability humans have to connect and care about each other, and how easily our willingness to change and better ourselves comes when we have people to love, and who love us in return. It also makes ceaseless and layered food puns (see, even I did one just there), and simultaneously delivers apt commentary on philosophy, ethics and religion, even as the opening scene deliberately chooses to distance itself from any specific denomination of any religion.

However, if there is something unique about the show, it’s the performances. Each of the main cast portrays their characters with such comedic specificity, it’s clear the casting choices were made on the basis on the potential they showed in the audition room – which is even more impressive when considering the sides given to the actors were deliberately completely different to the actual plot of The Good Place. Further proof of this is that aside from Bell and Danson, the rest of the cast are relatively new faces.

Jameela Jamil’s audition for Tahani Al-Jamil was in fact her first ever – not that you would ever be none of the wiser either. She owns Tahani and her ridiculous, dripping-with-name-drops lines. Other star players are Manny Jacinto’s bizarre and always hilarious affectation as Jason Mendoza, the unfathomably dreamy William Jackson Harper as Chidi, and actual superhero D’arcy Carden as Janet, the smiliest Siri you could ever hope for. This without even mentioning the humour we see from Bell as Eleanor, proving herself as versatile as ever, moving from this brash, foul-mouthed Arizona dirtbag (her own words) to an actual Disney princess – and of course, Ted Danson. Like, come on. But through featuring so many unknowns, it gives way to some truly memorable performances, which modern sitcoms are gasping for.

In so many ways, to watch The Good Place does feel a little miraculous; to have a show that is so clearly proud and precise, but that taps into that same, now nostalgic feeling of tuning into the lives (or deaths) of the same characters each week – and the feeling of faith in the writers being able to provide for you. Or, as many tweets have aptly put: “more like the great place!”