Book Review: The Last of the Bowmans by J. Paul Henderson 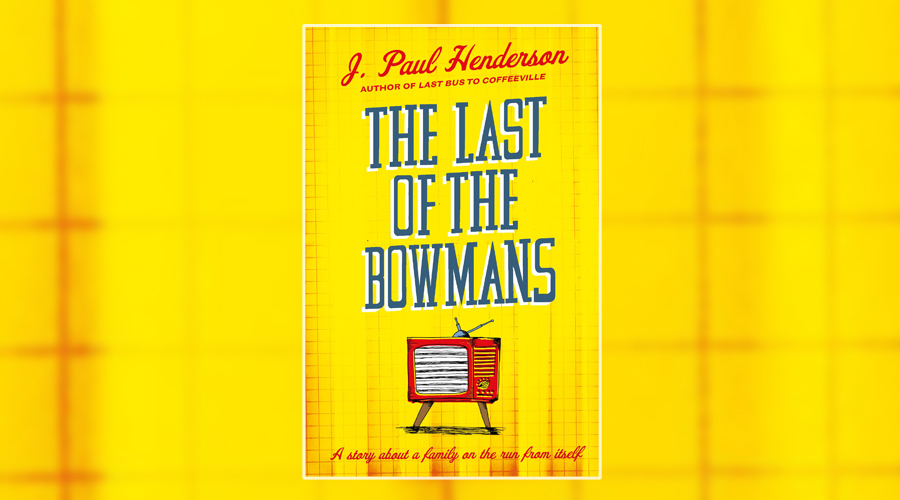 J. Paul Henderson’s second novel The Last of the Bowmans slipped under my radar when it was published back in January 2016. Henderson’s debut, Last Bus to Coffeeville (2014), was a great feel-good read, whereas his third, Larry and the Dog People (2017), was inventively entertaining with some brilliant twists, so I was eager to start reading the one that got away.

The Last of the Bowmans is an absorbing tale of a family that has ventured off course. It commences with the moments leading up to the unfortunate death of 83-year-old Lyle Bowman, which proves to be the catalyst to the string of events that help to bring the estranged Bowman clan closer together.

Attending the funeral is Lyle’s odd family, which consists of Billy, his always dependable but unremarkable oldest son, together with his materialistic wife Jean and precocious daughter Katy, and the unconventional Uncle Frank. The funeral is temporarily held up whilst they await the arrival of Lyle’s youngest son Greg, who is returning from his home in America for the sad occasion. It’s the first time the brothers have seen each other in seven years and when Greg eventually appears – rather late and well into the service – he’s dressed in surfer gear and flip-flops.

After the funeral the family congregate at a local hotel for refreshments, and we begin to learn a little more about the strained Bowman relationships as they side step around each other. Greg is the family rebel who, despite never trying, was always successful and ended up landing on his feet in an enviable career in America. Billy is respectable and hard working, but unhappily married, whilst Uncle Frank is the scapegoat of the family who has a long running grudge against Billy’s wife.

The story is set in motion by the reappearance of the late Lyle, who makes himself known to Greg as a spiritual presence. Greg and Billy have been sorting out Lyle’s affairs and are preparing their father’s home so it’s ready to put up for sale. These ghostly ‘visits’ from Lyle are pivotal to moving the plot forward, as nightly conversations between father and son galvanize Greg into fixing all that is wrong between the brothers and unravelling the secrets behind Billy and Uncle Frank’s peculiar behaviours. More importantly, they take Greg on a personal journey that forces him to deal with the results of his own past actions and freewheeling attitude to life.

The story moves fast, dealing sensitively with relatable issues such as family grudges, deep-seated resentments, anguish and lives gone awry. However, it’s all cloaked in such delightful dry humour that I never felt upset – in fact quite the opposite, as I frequently found myself unexpectedly crying from spontaneous outbursts of laughter. This story is definitely up there with the wackiest of novels.

Peculiarly, I didn’t bond with the characters as much as I did in Coffeeville, but the clever wittiness of the novel was so amusing that it more than compensated for this. By the time I reached the final chapters I was wishing I hadn’t read it so fast. Another success for Henderson – I wonder what’s next?

The Last of the Bowmans was published by No Exit Press