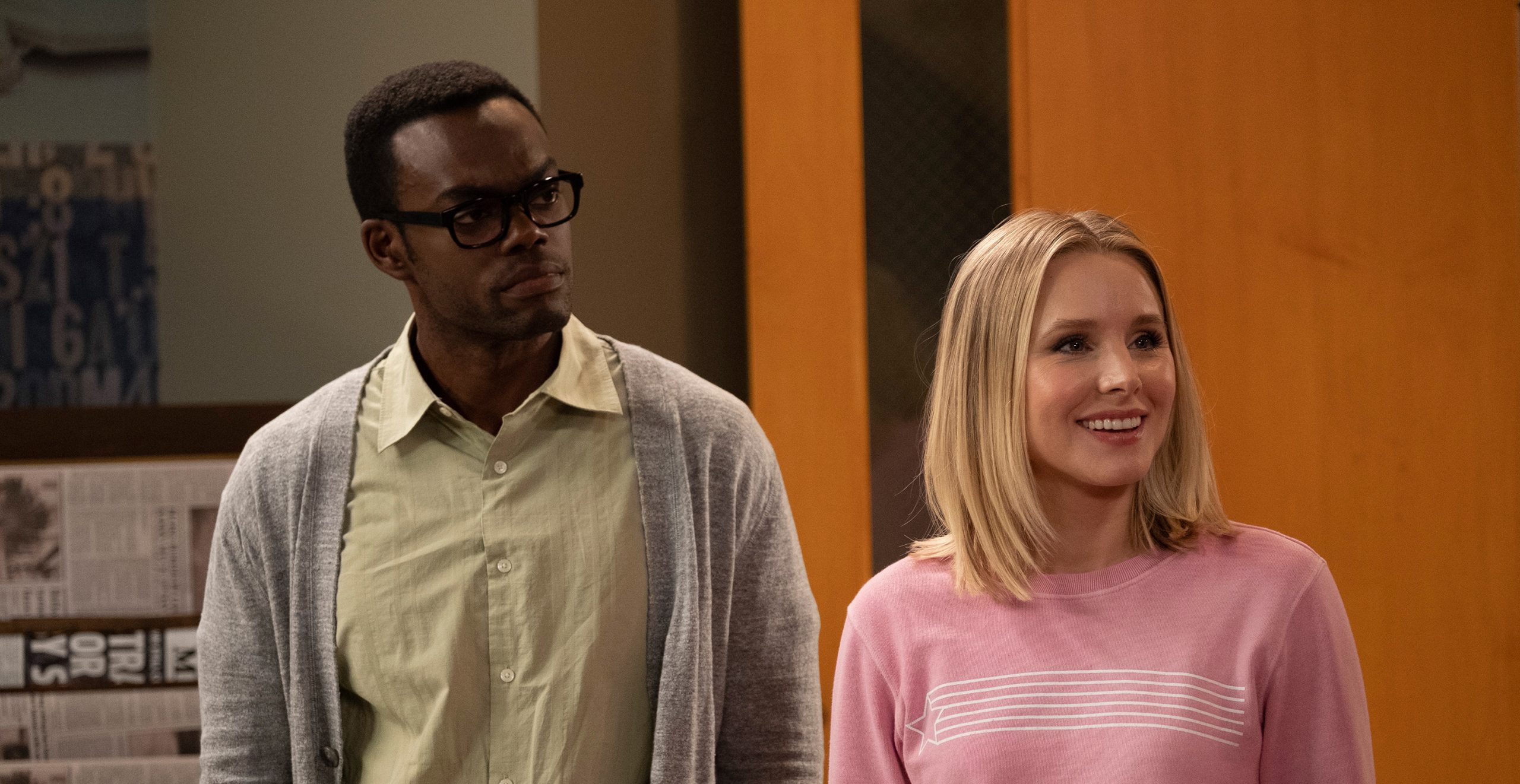 Widely proclaimed the “smartest show on television”, The Good Place has long-since taken the stance that kindness and owing dignity to one another is the most important human act, and its third season is no different. As ever, The Good Place never stays in one place too long, but initially the season begins with us still in Australia, with Chidi and Eleanor having met for the first time, for over the 800th time. Through Michael’s machinations, the rest of Team Cockroach also make their way down under and join the experiment headed by Chidi and his neuroscientist girlfriend Simone, played by Killing Eve’s Kirby Howell-Baptiste, to explore the effects of near-death experiences on morality. After an unfortunate incident of accidentally spotting the interdimensional portal, the jig is up, and Michael and Janet are forced to reveal the full circumstances. Like the ‘moral dessert’, being aware of The Good Place and The Bad Place automatically disqualifies you from the former, as it taints any good intentions with the specific intention of ultimately serving yourself.

So, new plan: the now-named Soul Squad, still determined to put their philosophical knowledge and new lease on life to good use, change their goal to making amends with their loved ones, saving their souls and ensuring they end up in The Good Place. Finally, we get to meet the much-discussed Donkey Doug, and exactly what his relationship to Jason is, and a full episode dedicated to Tahani and her sister Kamilah are especially lovely features that show the creators fully making use of the season’s premise and setting. Even a surprise parent makes an appearance, despite all evidence pointing to the contrary.

But, without giving much more away, it wouldn’t be The Good Place if we finished each episode in the same place, emotionally or physically, as where we started – which is not always ideal. At this stage, a downside to the show’s own cleverness is that after a while, the twists, while continuing to be unexpected, stop being what we want. Sometimes we don’t want the rug pulled out from under us, if the rug is soft, interesting and comfortable. There is an art to challenging your viewer, but the worlds and ideas are so fun and imaginative that there’s a little sadness in not getting to live in more of them. Stand-outs from this season are a look at the inner workings of Accounting (including a cameo from known Office-dweller himself Stephen Merchant) who process the points system, or a further glimpse into the goings-on at the actual Good Place. So detailed and aware of its own lore and rules (such as the points system coming back for major plot points), it means equal parts trust in the writers and wanting at least a few more episodes to bask in the places and puns before it’s all whisked away. 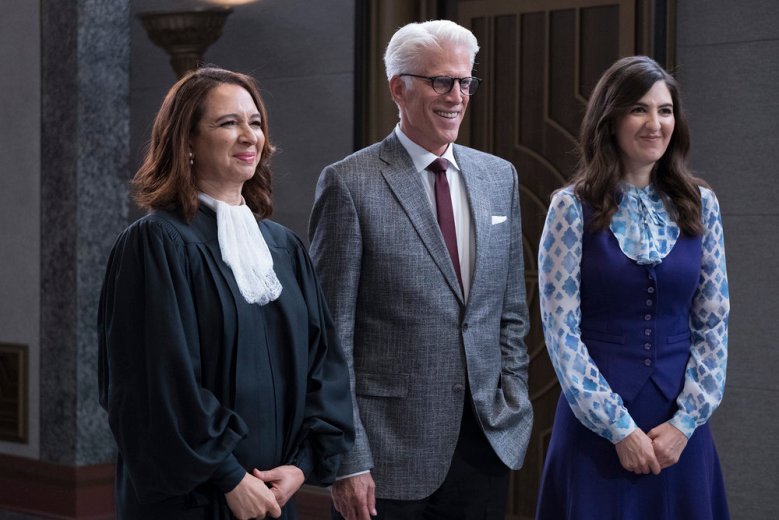 Fortunately, the characters themselves are retaining their memories of their experiences, and their personal growth, and there’s a special excitement in finally seeing all of them develop beyond their initial characterisation, as had not been the case for a while. Even as they have no hope themselves, that each of them are fully committed to mending fences with the conflicts on Earth during their first lives, is an elegant, unexpected way of conveying how they’ve all changed.

What is most skilful about the show is that the belief in the best in people doesn’t come across as saccharine. The current political climate can’t be ignored, as is the case with every piece of media, as an influence for this tonal stance. But still – it’s not JUST that everything is depressing; it’s all TV as well. In a world of Game of Thrones smugly and sneeringly posing the idea that characters are morally grey, complex, or that we all have the capacity to be awful to each other, The Good Place defies it not just in narrative and arc, but in a clear, simple message: we have to be good to each other in order for things to get better. It’s a much-needed break from all the anti-heroes and suffering for the sake of “realism” that seem to very much want to tap into the despair felt from every BBC News notification.

Instead, it shows us people who were literally sent to hell for being selfish, indecisive, shallow or just plain clueless believe other people have the right to a different fate. Further into the season, it even goes as far as sympathising with the struggle for us to achieve that in our current, modern times (digs at the current political climate notwithstanding) and criticising the notion of the ‘points’ system to begin with. Once again, at every turn or critique of the show, the writers remind us of how tightly this ship is run, and that they either listen to us, or were on our side all along.

With the overarching message of this latest season, The Good Place is no longer simply the smartest show on television, or the funniest. It’s the kindest. It’s the most understanding. It’s the one that believes in us more than any other.

The Good Place Season 3 is available in its entirety on Netflix.

William the Conqueror – Bleeding on the Soundtrack Review