William the Conqueror – Bleeding on the Soundtrack Review 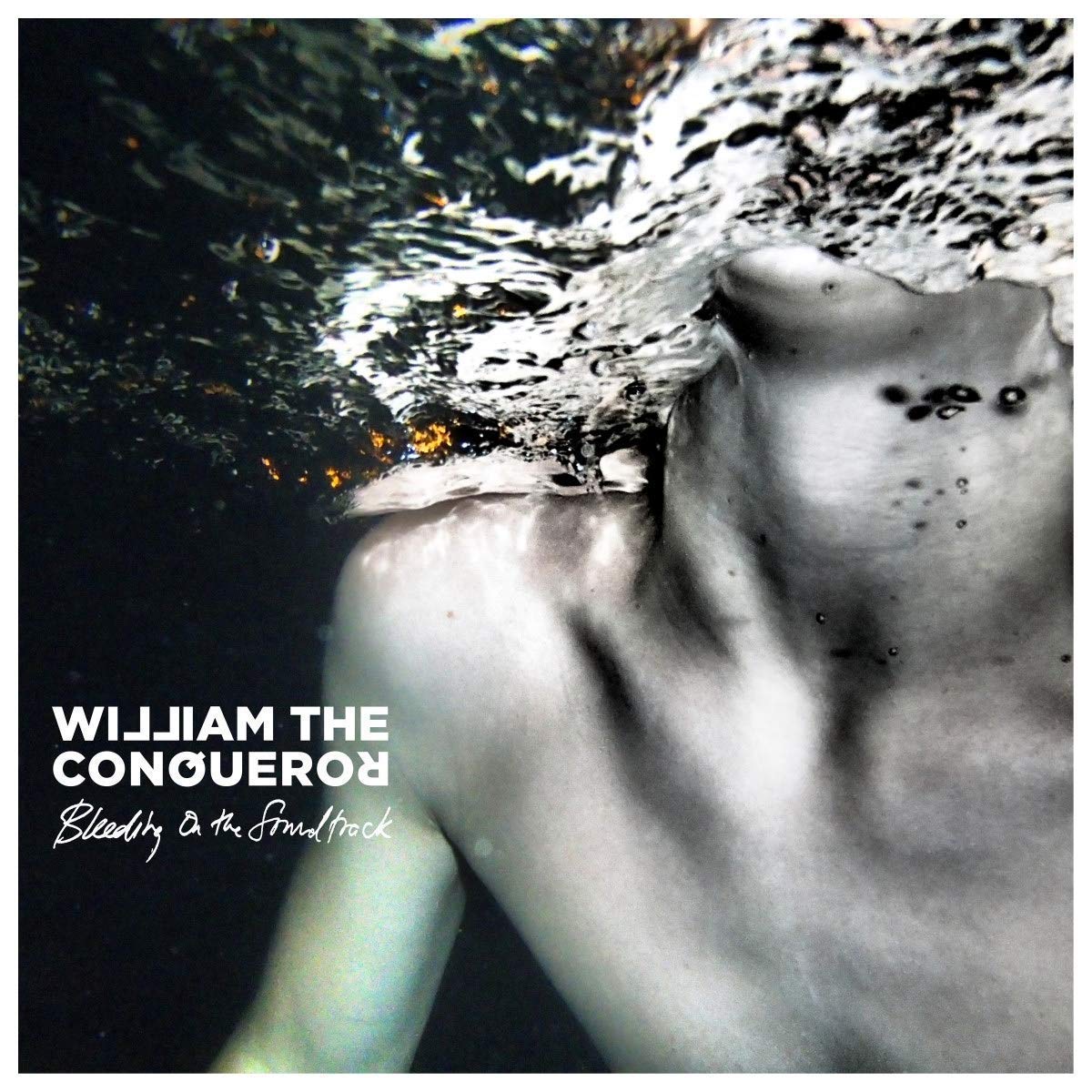 5:45 on a Monday evening in January. Blue Monday, the ad men tell us. Stumbling out of the office blocks, workers pile themselves into the Tubes like they’re on a production line, and at Oxford Street the errand-runners spew forth into the arms of Mother Retail. The Christmas bulbs are still up, but not lit. Tardy as usual, the cold has finally descended on London, and a meagre attempt at snow has subsided into anaemic sleet.

That’s the scene for my introduction to William the Conqueror’s Bleeding on the Soundtrack. I’m listening to it on my iPod (streaming is cheating) because someone sent it to me. I know nothing but the title and the artist name. I don’t have any particular expectations, and there’s no reason to match this music with this time. But despite the adverse environment and my indifference, between Westminster and Earl’s Court via Marble Arch, this album took my mood and slowly, slyly bent it to its own purposes.

Packed tight into the lift down from the office, the album kicks off in my cans with ‘Path of the Crow’, fairly lightweight indie-grunge-icana in the vein of The Gaslight Anthem. It’s a worthy if uninspiring start. It sounds like a soundtrack for the moment in earnest romance flicks when the hero has an epiphany and tears across the city to catch his love. So far, so me-too.

Walking down the ramp to Pimlico Underground, we jam the brakes and hit a hard left into ‘Thank Me Later’, a laconic slow funk that’s teetering on the brink of humour, whether or not it means to. It’s odd but it’s got enough character to hold the ear. The mortifying fear of magnolia indie is pushed back by the rough guitar and wrist-flick drums.

Then we’re fired northwards and the Tube opens its throat to roar. The next three songs have to fight with the Victoria line’s ear-splitting shriek, and they pass me by without incident. Then it’s the rat scurry of Oxford Circus station and the scramble skywards up bronze steps, and William can’t conquer that.

Crossing the mouth of Regent Street heading west, you take your life in your hands. The religious cry their wares, tourists fence with selfie sticks, unusually alert bus drivers ply their horns with vigour. I break free of the tube’s circling drain and steer myself towards HMV, embattled pillar of rack-browsing. At that moment, as I skirt the depleted post-Christmas crowd, ‘The Curse of Friends’ descends on my mind, and the great lightbulb flashes on behind my eyes. There is a slide guitar motif on that song that could bring a tear to the eye of a North Korean jailor. The chord progression is wistful, melancholic, uplifting – my kryptonite. Suddenly, Ruarri Joseph’s easy-going vocals, which had bordered on lacklustre earlier in the album, made sense. It’s not post-Killers indie – it’s deep, deep Americana, the sort that comes with scars.

Skip forward to the last track and we’re on the number 74 to Cromwell Road. ‘Within Your Spell’ moves tentatively into my brain, skating tenderly on pedal steel and fiddle. Joseph is no longer a stubbly romance hero; the electric riffs have drained away and left something like Christy Moore, a Celtic pain. We round on Hyde Park Corner, and below and ahead stretches a constellation of brake lights. The electric engine I can’t hear guides us into our lane and the bus surges forward. The song climaxes out of near-silence and the strings soar.

I like this album. It’s uncomplicated but honest, and in those two songs it strikes a rich vein of gold. Sometimes the best meetings are unplanned.

Bleeding on the Soundtrack is released on 15 February 2019 via Loose and available on CD, vinyl and digitally.