William The Conqueror mellow out The Lexington 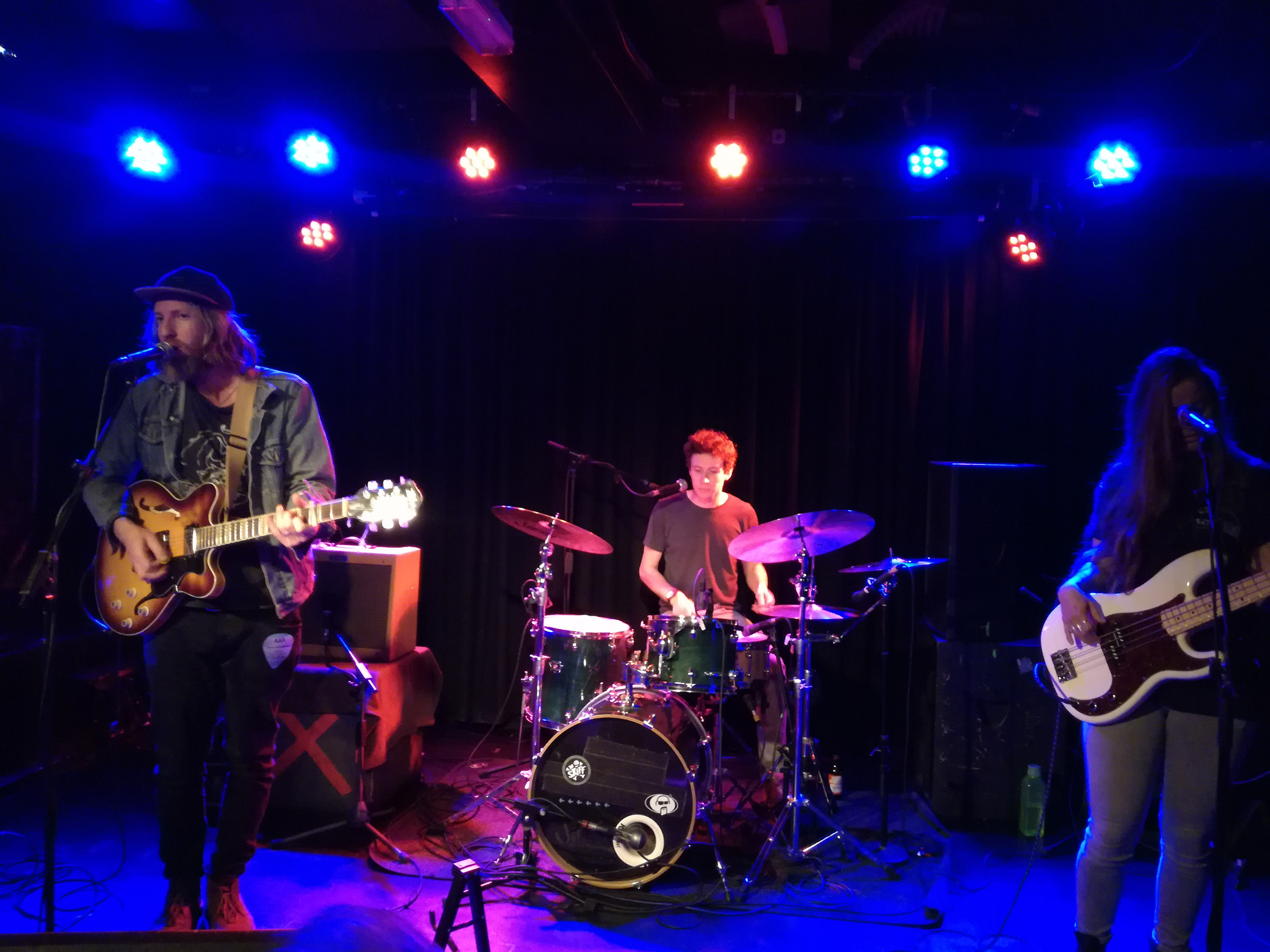 The Lexington has a good level of scuzz to it. The pub downstairs looks like the bar where Dewey Finn romances Miss Mullins in School of Rock. The venue upstairs has foam peeling off the ceiling and a floor stickier than the La Brea tar pits. The staircase is plastered with a thousand old gig posters, the toilets are cracked and questionable.

Heaven, then, for the itinerant gig-goer. Tonight we’re to be treated to musical fusillade perfectly suited to the environs, a folk-edged, grunge-tinged rumble of English Americana. Headliners William The Conqueror are making a name for themselves on the Good Ol’ circuit, and openers Night Flight turn out to be that most wonderful of things – an enjoyable support act.

Let’s begin the night with the Flight. Their sound is a warm, melodic strain of midwesternisms, tied together by acrobatic vocals and a delightfully deft lead guitar. Tremolo and twang abound, little whispers of soul float around the room, vocal harmonies lift ethereally out of the PA. When they put the boot in there’s plenty of righteous whump on tap, and when they rein it back there’s starry-eyed Floydianism to spare. 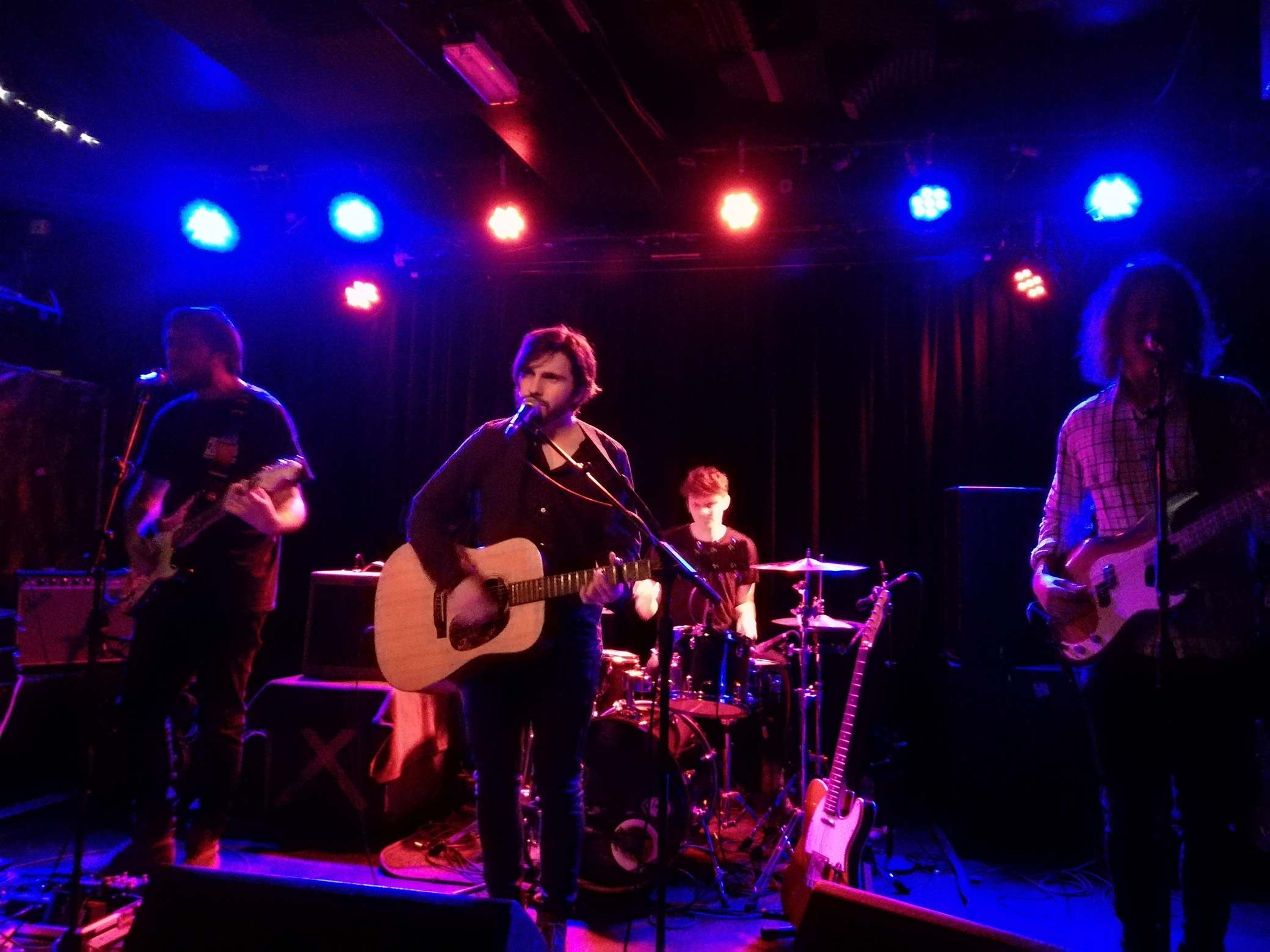 Within a song we’re hooked. Small crowds are more forgiving, it’s true – no-one wants to be the voice everyone else is listening to – but even so, the reaction is rapturous at the close of the set. I’d have happily had an encore. Seek these guys out – their album is great too.

Half a dark hour later, William The Conqueror walk out onto the Lex’s tiny stage to friendly applause. They look like they sound: baggy shirts, baseball caps, beards and boots. After a brief nod-and-wave, they roll right into it, and the roll is amply matched with rock. Where their latest album was a relatively chilled affair, the show tonight sits resolutely at the hard-chooglin’ end of the scale, and we jitter enthusiastically to the beat.

Live, the poeticism of the lyrics catches your attention that bit more than on the album. Watching Ruarri Joseph wind out his tales of life and love, there’s an easy sense of raconteurship, with laconic gestures and meaningful eyebrow flicks in abundance. Admittedly at this volume it’s hard to catch all of what he says – or indeed, most of what he says – but nevertheless it’s like being part of one big late-night bar-side banter session. He’s a sensitive soul, though, and his gruff, Seattley voice can tug your heartstrings as easily as it makes you smirk. 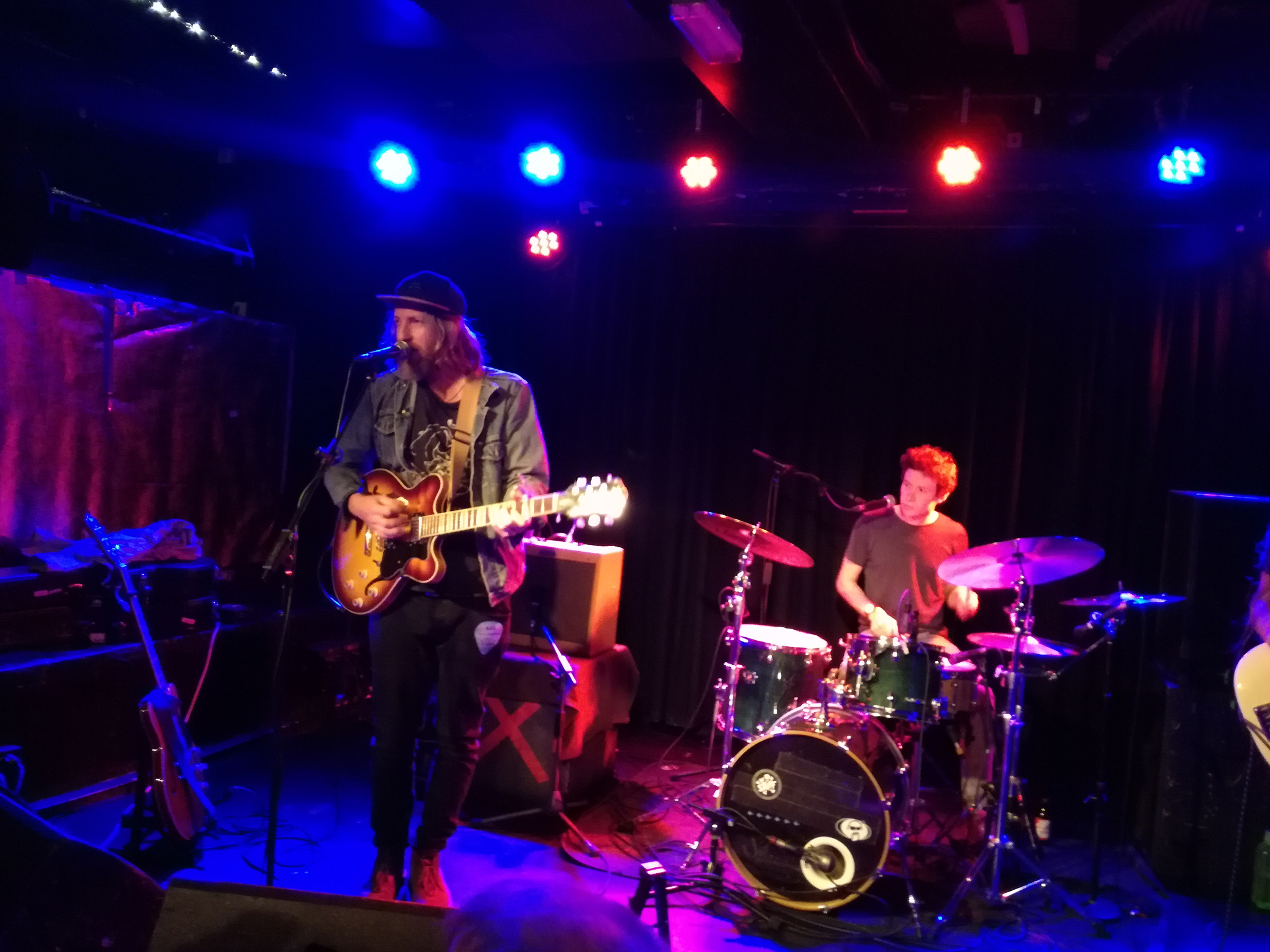 The real hero, though, is drummer Harry Harding. The album was lifted to its highest heights by bursts of lead guitar and harmonica, which in this three-piece setting are absent. With that gap in the sound there’s room for Harding to shine through, and boy, does he shine. It’s a rare occurrence to come across a drummer you could rightly call ‘musical’, but that’s what he is – a painterly drummer, keeping a solid beat with his feet and then working busily over the top, no two fills the same, no part of the kit left alone. I rarely spend long watching drummers at gigs, but this time I couldn’t pull my eyes away.

Altogether, the effect is fuzzily spellbinding. My companion describes it as ‘pure art’ – that is, music-making shorn of theatre, social media, buzz, blather and braying. We digital natives gag for these islands of authentic experience in the wash of artificial hype. William The Conqueror make noise by introducing guitar to amp, voice to mic, stick to drum and then pumping the handle hard. There’s sweat, grit and happiness in the staves.

The Lexington gains another layer of patina, the sound floods our ears and we spill out with precious experience gathered up in our brains.