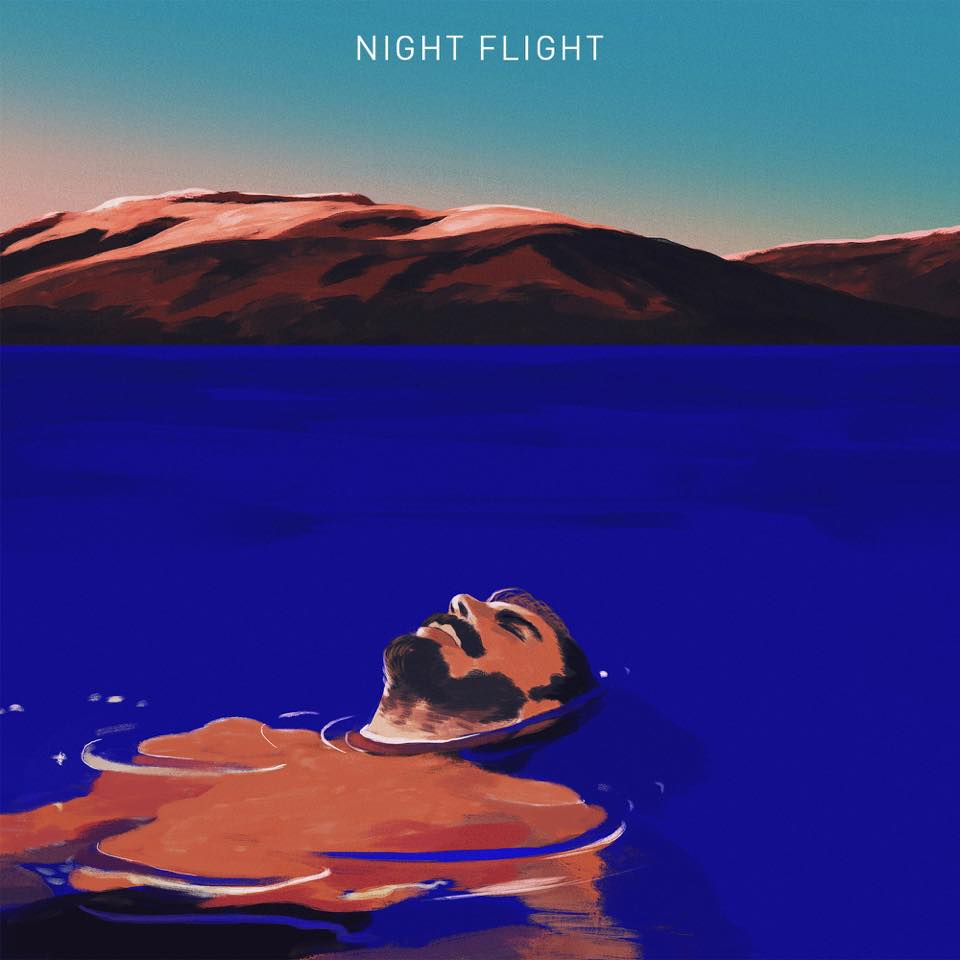 There is no better experience than discovering your new favourite band by chance at a pub gig. That’s what happened to this writer when Night Flight supported William The Conqueror at the Lexington last month. Their skill, melodic flair and sweet melancholic air were captivating live, and the story’s no different on wax.

Their eponymous debut, which has been streaming for a little while and is coming to vinyl and CD later in June, is a remarkably mature offering for a young band only a couple of years into their career. The sound is huge; big sweeping vocal harmonies and soaring chords pinned down by twittering, bell-like guitar and fantastically powerful lead vox. The production quality would have made Tony Visconti weep in the 70s. It’s the kind of album that has enough depth to be listened to without distraction, the kind of album that sounds like it had hours of hard work and thought poured into it.

Live, the guitars were louder and hairier, and it made it sound like Americana, but on tape there’s a softer touch, more space, less grunge. Songs like ‘Departure’ and ‘Storm’ are simply stunning; delicate but forceful works of melodic art. Single ‘Death Rattle’ tumbles down a beguilingly simple tune before bumping down into a switchback, injecting just enough blues into the pop chords to raise spectres of Eddie Vedder and Chris Cornell.

They definitely owe a debt to the more hirsute end of the guitar-slinging spectrum, but the overall impression is of a seriously gifted band of pop songwriters – the kind of pop that includes Elton John, Billy Joel and Carole King, mind, not the sort that gestates on television. As ‘Storm’ reaches its climax, there’s even a hint of Pink Floyd in the luxurious stretching of the coda, the keening guitars, the welter of pads.

‘God Knows’, on the other hand, takes a left turn into crunchy early-noughties indie territory (insert your favourite band that starts with a K here) – but again, there are more complex overlays of blues, Americana and vocal harmony to add colour to the picture.

By contrast, ’Amsterdam’ takes us into the realm of hazy, 5am soul, the sound that the last dregs of alcohol and euphoria make as they drain out of your brain. It’s the noise of self-indulgent sadness, of weepy romanticism and washed-out early dawn skies. Night Flight’s great skill, though, lies in holding their big moments of emotion back from the brink of melodrama. The electric lines inject their steely power and it’s hard not to fall in love.

After all the comparisons and reflections and half-caught references fall away, the overriding impression is of an album that punches well above its weight. There’s real flair and excellence on display here, truly memorable, sock-you-between-the-eyes moments of musical clatter, genius little flicks of the songwriter’s wrist.

Yet more proof, if you needed it, that we live in the richest period in pop music’s history. The gems are out there. Take the time to unearth them.