Book Review: Mistress of the Ritz by Melanie Benjamin 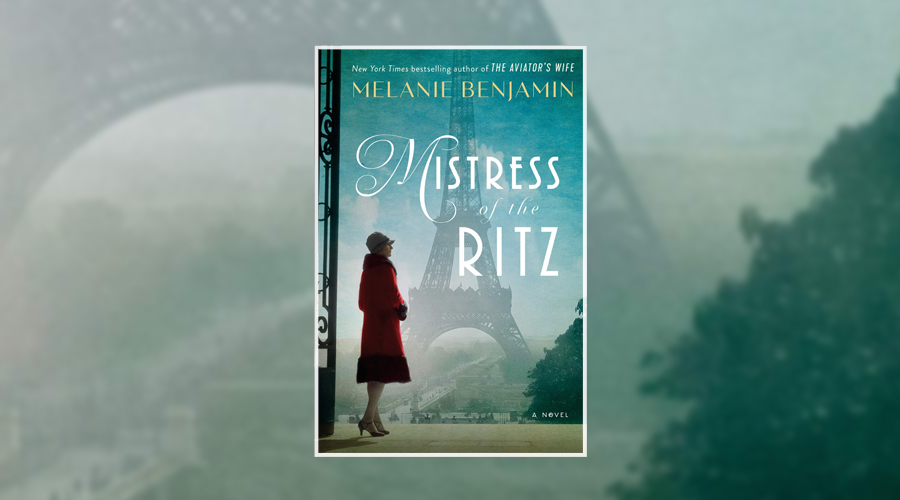 Melanie Benjamin writes novels about historical figures, but they aren’t always people you’ll have heard of. The Autobiography Of Mrs Tom Thumb tells the story of Lavinia Warren Bump, a dwarf who worked for P.T Barnum. Alice I Have Been is about Alice Liddell, the inspiration behind Lewis Carroll’s Alice In Wonderland.

Her latest, Mistress Of The Ritz, follows Claude and Blanche Auzello, the married couple who ran The Ritz during the French Occupation. The most opulent hotel in Paris, The Ritz played host to an array of luminaries in the thirties and forties; Ernest Hemmingway, F. Scott Fitzgerald and Marlene Dietrich (all of whom make cameos here) could be found drinking at the bar.

Whilst they were forced to let high-ranking Nazi officials use their hotel as a base throughout the Occupation, both Claude and Blanche – unbeknownst to each other – worked secretly to help the Resistance. Such dangerous work would take a high toll on the pair.

Benjamin’s book falls basically into two parts: the relationship of French Claude and American Blanche (lots of this is told in flashback), and events during the Occupation. It’s the first of these parts that is the weakest. The author retreads the same territory over and over – Claude is frustrated that Blanche will not conform to his idea of the perfect housewife, Blanche is frustrated that Claude won’t accept her for who she is. Claude thinks of Blanche as a ‘princess’ that needs saving, Blanche proves him wrong. Considering that the two of them were real people, their characterisation is surprisingly flat. Lily, Blanche’s friend in the Resistance and the only other important character, is no more compelling – she’s pretty much just a manic pixie dream girl.

When it comes to describing the Occupation, however, Mistress Of The Ritz excels. Benjamin is terrific at filling her novel with details that evoke how uncomfortable it must have been to live during that time; signs being translated into French and German, constant Nazi parades down the Champs-Élysées, the scarcity of supplies available in stores. She paints an immersive picture of how oppressive it must have been to live side by side with the enemy, how draining to have to deal every day with the chronic lack of food and resources.

And so we are left with a rare situation: dull characters in a fascinating setting. What redeems Mistress Of The Ritz is that in the novel’s final hundred or so pages, the setting consumes Blanche and Claude. The two become so involved with the resistance, there isn’t time to keep rehashing their same old argument. The danger, which they have so far managed to keep at arm’s length, comes knocking at The Ritz’s opulent doors. This last section of the book is riveting, and goes a significant way towards making up for all the tedium that came before.

Although the central couple are rather two-dimensional, evocative period detail and an excellent final act make Mistress Of The Ritz worth a read.