Are there any words more suitable than these to end the first episode of The 100’s latest season? After all, if there’s one thing these people know how to do, it’s survive. ‘Echoes’ picks up moments after the season three finale left off, with the City of Light destroyed, everyone who was chipped beginning to feel their pain again and Clarke and Bellamy unable to take even a moment to celebrate their victory before the next world-ending disaster presents itself.

And the first challenge? Trying to get Skaikru out of Polis alive when they’re surrounded by a group of people who want them dead for their role in making an ALIE a threat all the while their only potential saviour is bleeding out from a bullet wound they gave him. Without a true leader, the Grounders soon resort to their tribalist tendencies and it’s every clan for themselves from the moment Echo seizes control for the Ice Nation. With King Roan left wounded and unconscious, it’s down to Clarke and co to do what they do best – plan, scheme and fight their way to a solution that ensures their immediate survival, so they can concentrate on surviving what comes next.

After such a long wait between seasons, ‘Echoes’ serves as a dynamic and immersive re-introduction to the world of The 100, and one that sets up a lot of important events for the rest of the season too. But with so much happening and so many people to catch up on, at times this episode had a bit too much going on, jumping between wrapping up last season’s loose ends and setting up this season’s main arc too many times and too quickly to really appreciate everything else.

Which is a shame because there really was a lot of great things going on and some very interesting dynamics at play too. Clarke and Roan’s burgeoning truce, and their long history of helping each other, is more important than ever here, while Jasper’s unnaturally cheerful reaction to learning the world is going to end in six months provides a nice note of contrast to the other characters’ more serious and sombre ones. Echo’s new starring role is another interesting development for the show too. She’s a character we’ve seen a few times now, but never as such a key player and her history with Bellamy is brought up time and time again in this episode. 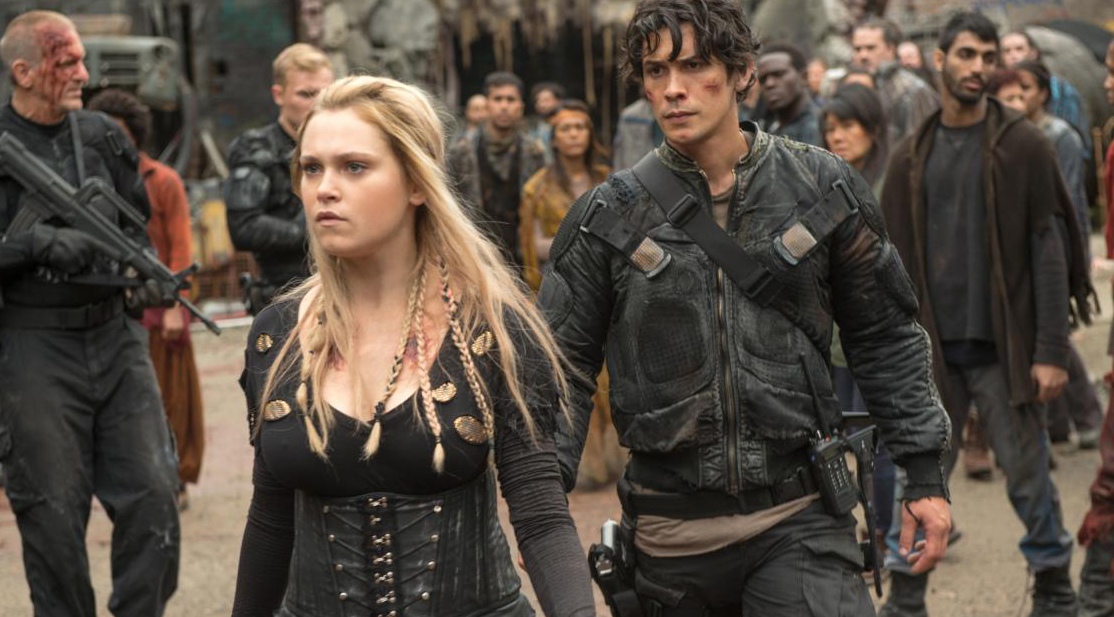 From their time as prisoners together in Mount Weather to Echo’s part in blowing up Mount Weather, and killing Bellamy’s girlfriend Gina in the process, the show has slowly been setting her up to become something of a fierce threat to Bellamy and the Skaikru. It’s been a wonderful development to see unfold, especially now she’s also playing off the always-brilliant Roan. Both Bellamy and Roan have their own honour codes and methods for coping with threats that clash with Echo’s own ruthless, power-hungry nature – and with survival the main goal now, these aren’t really ideals that can co-exist.

But for an episode that went to great lengths to remind us of the characters’ past actions and how to live with their choices – Bellamy searching for a reason to be saved after his role in killing the Grounder army being a prime example – it was also very quick to sweep Octavia’s killing of Pike just minutes ago, by the episode’s timeline, to one side. Call it vengeance or call it grief, but besides a throwaway line very early on, Octavia’s actions last season are not mentioned again. Sure, it opens her up to become the incredible, apparently emotionless warrior she’s been gearing up to be for a while now, but when Bellamy is still feeling the aftershocks of his own actions over a season later, it just sits a little wrong.

So, in all, this was a very good, if a bit of a mismatched, episode. When they worked, the mix between fast-paced story development and beats of character reflection was spot on – giving Clarke a brief moment to grieve for Lexa before launching her straight back into the survival negotiations with Roan, for example, or Bellamy’s finally trusting Murphy, only to have Murphy take the gun to save himself and Emori anyway.

It’s clear that The 100 does have a lot of story to tell, and ‘Echoes’ felt like it tried to fit it all in, for better or worse. At the very least it may have benefited from cutting out at least one group of characters – most likely Raven and those in Arkadia, or even Murphy and Emori’s minor role in Polis – to return to the series with a slick, action-packed episode without too much going on. But if this is the kind of breakneck speed through which The 100 will be tackling storylines and plot twists throughout the season, it seems we’re in for one hell of a journey.