Another season finale down, another lever pulled by Clarke to save her people. But as Becca tells ALIE, the goal isn’t everything, how you reach the goal matters too. This is something the kids on the ground have been learning for three seasons now, that sometimes the end result doesn’t justify what they did to get them there, with Clarke and Bellamy both acting as the poster people for bad choices in pursuit of a goal. ‘Perverse Instantiation Part Two‘ is no different. It was dramatic, tense and the stakes were higher than ever as each of the characters pushed on with the final battle to see their end goal reached, whatever the cost.

We begin with the delinquents out of options, out of plans and out of hope. They’re trapped on the top floor of the Polis tower with no Nightblood to perform an ascension ceremony on, no way to destroy ALIE and an army of chipped grounders and skaikru climbing the tower to make their first push for Clarke and the Flame. With Clarke opting to take the Flame herself, aided by a transfusion of the now braindead Ontari’s Nightblood, the delinquents are quickly faced with the need to battle through an assault on all fronts while Clarke enters the City of Light to take ALIE down from the inside.

And who should we find in the City of Light but Alycia Debnam-Carey as Lexa returns in a blaze of glory. Lexa’s return in the finale became something like the show’s worst-kept secret after they killed her off earlier in the season, but what an incredibly badass re-entrance it turned out to be. This was a return to Lexa as The Commander – a strong, ruthless warrior, which is something that had largely been forgotten about in her third season appearances (excluding her epic fight with Roan, of course), but here she is, as fierce a fighter as ever. 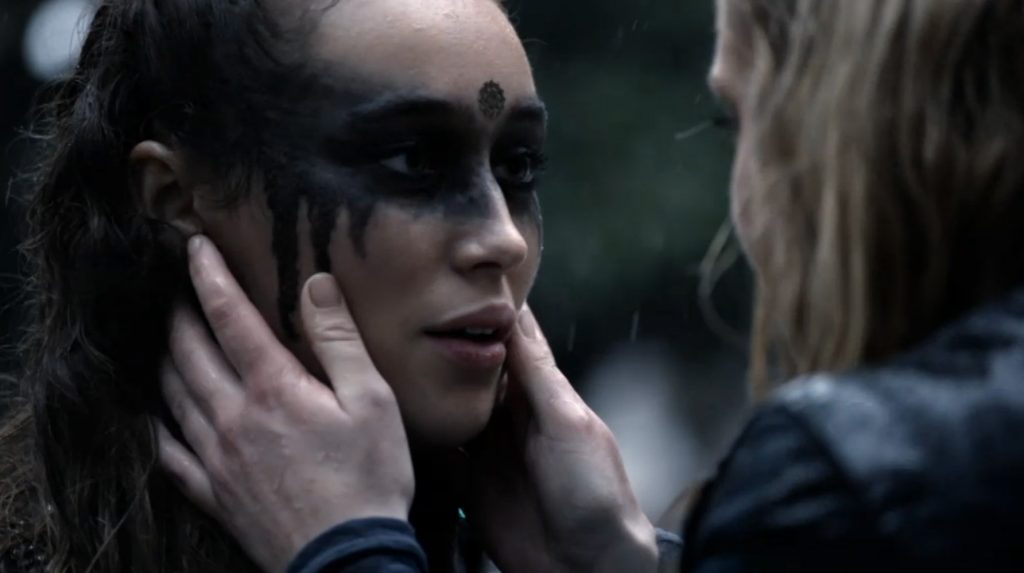 Clarke and Lexa’s reunion has been a long time coming, and Clarke especially got the chance to get some closure in saying the words she’d previously left unsaid, but ultimately what we saw was just a little bit too bittersweet, although it did give Lexa the opportunity to go out in the way she always deserved to – with a sword in her hand.

But, for everything going on in the City of Light, it was the delinquents protecting Clarke that held the biggest draw this week because this was where Bellamy was performing in his favourite role of big brother. Bellamy has by far received the most criticism of any other character for his questionable choices in the pursuit of a goal, and he spent most of this episode both wrestling with the weight of those choices and trying to prevent Octavia from following in his footsteps.

“I let my need for revenge let me make some bad decisions,” Bellamy tells Octavia. “I don’t want that for you.” It may sound weird coming from the guy that aided in the massacre of 300 innocent Grounders, but you feel like he genuinely is learning from that experience. Octavia’s anger about Lincoln’s death has been palpable since he was executed, but now the group has reunited with Pike, it’s him that gets the brunt of it and Octavia is out for blood. In true Octavia style, she doesn’t heed her big brother’s advice, and the season ends with Octavia driving her sword through Pike and apparently killing him. What’s worse is that it happens after the battle, after he’s saved her life even, when we’re supposed to be at peace. 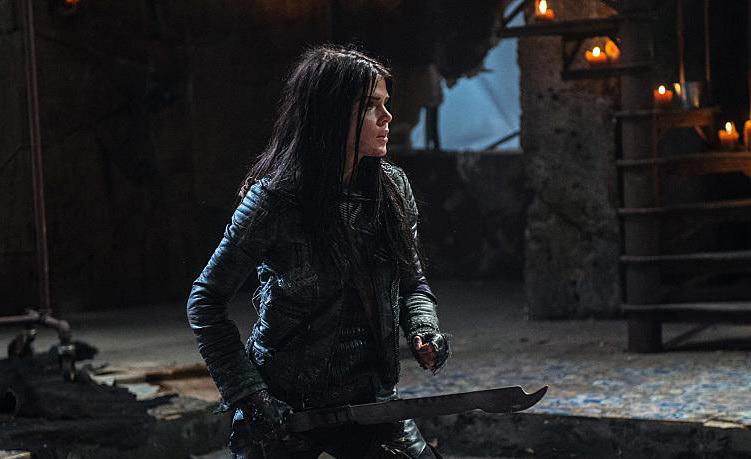 But that’s The 100 for you – we’re never really at peace. Even Clarke’s ‘saving the world’ apparently comes at the cost of, you know, saving the world if what ALIE said is true and the world really does only have 6 months of sustainable living left in it. While right now this feels like much too big of a problem to be satisfactorily solved in a season, what it does do though is bring the whole question of what we’re fighting for right into focus. Did Clarke just save the world and doom the world in one fell swoop? And what effect is all of this death, dying and violence actually having on people?

And, to be honest, I really liked that we ended on this note. This season took a dramatic turn towards the sci-fi towards the end there, and I’m glad that that whole saga seems to be finished with, at least for now. It was interesting, and so different to everything else we’ve seen on television at the moment, but it feels right to be back to our group dynamics and the morals and ethics of running a society on the ground, which is much of what made this show so great to start off with.

‘Perverse Instantiation Part Two’ was one hell of a finale. It was so quick-paced I could barely catch my breath, and it sucker punched us more than once. But more than that it delivered us some great character moments – even if the Arkadia group had little else to do than sit around and watch – and holds the promise of a great season four to come.

So there’s just one thing left to know… Is it next year yet?