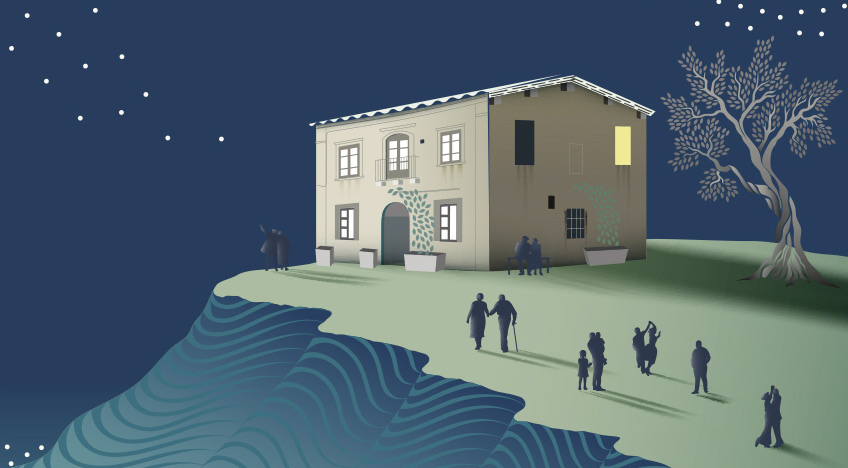 Imagine yourself transported to a remote Italian island over a hundred years ago – a tiny island isolated enough to be almost untouched by the outside world – it would appear as a mere speck on the map. Throw in generations of families, ancient legends, superstitions, feuds and love affairs and you have the backdrop for this spellbinding debut novel by Catherine Banner.

The House at the Edge of Night is a family saga that takes us through the trials and tribulations of three generations of the strong-willed Esposito family. It starts with Amedeo Esposito, a foundling from Florence, who is taken under the wing of a kindly doctor who later becomes his foster father. Amedeo is inspired to follow in his footsteps and trains to become a doctor. With an easy manner and natural way of dealing with working people, he soon finds himself taken into their confidences as they divulge unique stories to him. He diligently transcribes these fantastic stories, ancient myths and folkloric tales into his red book so they’re not lost, many having been passed down for centuries. These stories will be read and added to by future generations.

The island of Castellamare, somewhere east of Sicily, is where the story unfolds. When Amedeo arrives in Castellamare to take up his position as the island’s new doctor, it is a place like no other he has seen. He lands on its shores in the middle of the Festival of Sant’Agata. The whole square is awash with people and is a disorderly, vibrant chaos, with music playing and crowds singing. Emerging from the crowd through hundreds of fires, torches and glowing red candles, he’s captivated by a solitary amber house with its bougainvillea covered terrace and little tables where locals sit drinking and celebrating. This was to be his first sighting of the ‘Casa al Bordo della Notte’: House at the Edge of Night. It is here that the locals seize him and size him up, everyone from one of the town seniors called Rizzu (whose brother owns the bar) to the island priest, Father Ignazio. Following the introductions and initial fever of excitement he has his first chance meeting with his future wife, and meets the mayor of the island, il conti,with his mischievous wife. Unbeknown to Amedeo, this man will very soon become his arch enemy.

As dawn approaches, Amedeo takes just one photo to mark his auspicious arrival. This captured a single moment, when hundreds of flowers that were thrown skyward rained on the terrace, and key village figures were frozen in a moment in time, people who would feature prominently in his future life.

Amedeo immerses himself in this small place as he carries out his medical skills. In an attempt to reduce the risk of malaria he investigates the possibility of draining the island’s swamp, winning the trust and respect of the locals and at last finding a place he can call home. Life then deals a cruel blow as war orders his services to the trenches. He longs to return to Castellamare, in the meantime keeping himself sane during these horrors by collecting more stories. He has only his single photo to remind him of where his heart belongs. By the end of the war he returns to a much altered island community where he finds himself drawn into a situation which causes untold speculation and seriously damages his good reputation.

Amedeo purchases the now crumbling wreck which was the House at the Edge of Night and a really gripping family drama begins. He marries the woman he most admires but makes an enemy of the mayor and his troublesome wife. Later another war tears the very fabric of both families’ lives apart. Fascism rears its head amongst some of the island extremists whose influence has a critical effect on a few of the island’s young and susceptible males. Amidst the anguish of war, a miracle from the sea is washed ashore, a miracle that changes the lives of the Esposito family forever, and gives the islanders hope and joy in the dark days of the conflict. 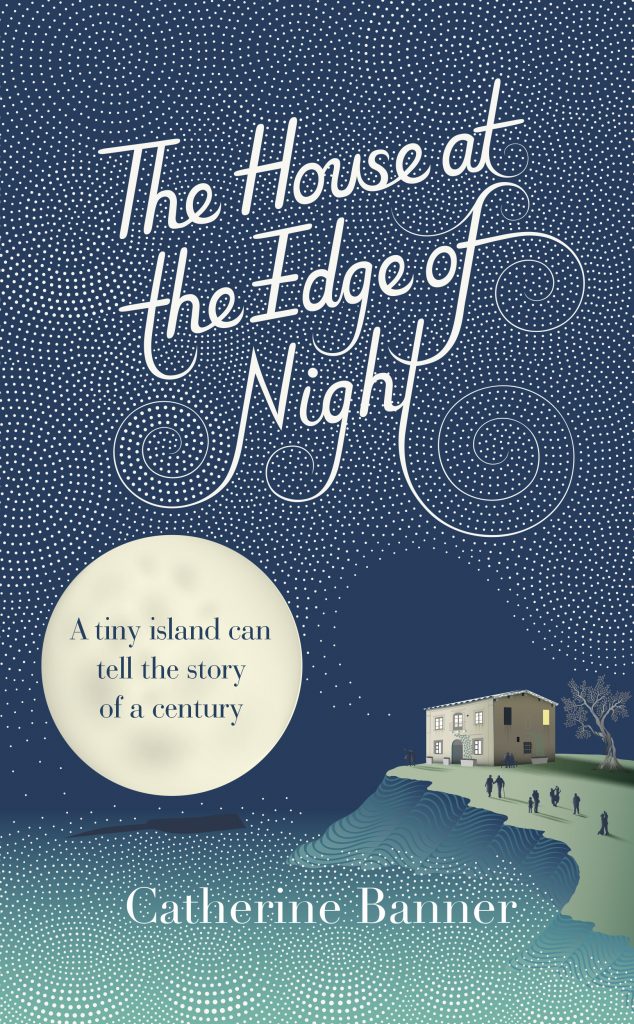 Moving forward into the third generation we see more turmoil as the family experiences a new wave of generational conflict, another two Esposito boys are born to Amedeo’s daughter and almost from birth become like raging stags – their antlers locked in constant battle. The island also discovers it is more than ‘just an island’ and soon changes begin to take place, which see the islanders moving out of their traditional roles as they aspire to become entrepreneurs in a fast changing world.

The Esposito family saga had me gripped from the offset, from the wonderful descriptions of remote life on a secluded island right down to the characters that inhabited the story. Banner paints such vivid pictures through her illuminating writing. The characterization of the locals is believably authentic, capturing perfectly the atmosphere of an isolated Mediterranean community, with their deeply held religious beliefs, long standing family feuds and local customs and traditions.

I really enjoyed the smooth transition of weaving the present day and the younger generation into the story, and how Banner effortlessly exposed the stark contrast between the technological world of today versus the ideas and financial arrangements of traditional island life, and how the magic and pull of the island eventually drew most of its people back to its shores.

I particularly savoured the pages where comfort could be found in the most basic of delights; I could almost taste the sweet honey in the homemade ‘limettacello’, or imagine inhaling the heady scent of the bougainvillea draping the terraces. I loved the descriptions of the local stone buildings, the disapproving widows who always wore black, as they polished the church brass to within an inch of its life whilst surreptitiously eavesdropping on confessions, and the unsettling undercurrent of occasional earth tremors as a constant reminder of power beyond the islander’s control.

I shed a tear towards the end of this book, as it got into my soul and under my skin, telling a moving tale of how, through compassion and understanding, families and communities can turn things around, old wrongs can be righted, and sometimes produce small miracles.

Alice Through The Looking Glass Review