If you thought you’d encountered all the fictional end of the world scenarios there are, think again. Adrian J Walker’s superb self-published phenomenon, The End of the World Running Club, is out in paperback this week and it’s the only post-apocalyptic book you need to read this year.

I was hooked from the start, as a man named Edgar Hill muses over the strange concept of beliefs, or as he aptly phrases it: “Things of certainty about things uncertain.” Ed is the book’s protagonist, the ordinary man whose eyes we see the end of the world through, and to understand what he means in those opening pages, we must go back to the beginning, to the moment life as we know it disintegrated. Quite literally.

Ed is overweight. He’s lazy, he’s disenchanted, he’s a bad husband and a bored father. He’s not the type of man you’d expect to survive the apocalypse, which is exactly the scenario he finds himself in when Earth is hit by a massive shower of asteroids that reduce the UK to nothing more than fire, ash and ruin. Ed and his family miraculously survive the catastrophic strike by cowering in their cellar, being rescued weeks later and taken to the army barracks with the remaining survivors. I’d describe them as lucky, except with the country and much of the world in ruins, with food, water and protection scarce, their future isn’t a very bright one. 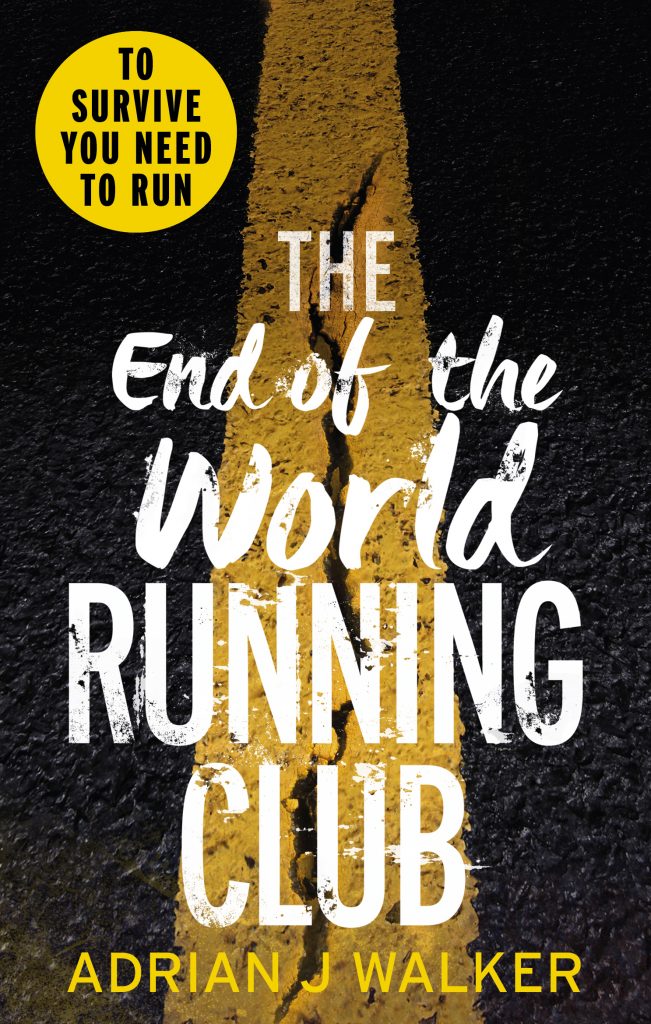 The military seem to be running things but tensions are high, while communication with the rest of the country is non-existent. Ed joins a salvage mission and during one of his city raids, they see helicopters overhead. This is the rescue they were hoping for, the choppers that will take them to Cornwall, where boats are supposedly waiting to take survivors to somewhere safer. Ed and his comrades rush back to the barracks, only they’re too late. The choppers have left and they’ve taken Ed’s family with them. The three remaining military personnel are sure that someone will return for them, but as the days stretch out and the hope of choppers returning fades, the remaining survivors realise they’ve been left behind indefinitely.

For the first time in his life, Ed is distraught at being separated from his wife and kids. He needs to get to them, but they’re halfway to Cornwall and he’s in Edinburgh with no cars, diminishing supplies, and only the people with him to rely on. So, what do you do when you have precisely 550 miles of ruined roads, crumbling cities and inhospitable wastelands between you and your family? You start walking. With just a few steadfast companions and a ton of obstacles in his way, Ed’s long journey to the West Country begins. It’s a tough and treacherous mission that Ed soon realises isn’t going to get him to his family on time, and so the end of the world running club is created.

“Belief, memory, fear – these things hold you back, weigh you down, stop you moving. And I need to get moving. I need to stop thinking about this stuff.”

Combining tense drama with humour and pathos, Walker’s story of hope amidst the most hopeless of situations is a thoroughly gripping read. His characters are easy to empathise with because they’re all so painfully human. There are no super heroics here; these people mess up, they make mistakes, they lose their families and they try to make up for it. The apocalypse brings out the best and the worst in humanity, as small pockets of people survive as best they can. Some seek shelter in solitude, relying on nobody but themselves in a bid to survive the desolation. Others look for guidance, sticking in groups or latching onto those who act like leaders. There’s anarchy and aggression as people steal and cheat in order to live. This, sadly, is how I imagine the world would really react if such a scenario happened.

Amidst the chaos and mission to survive, Walker adds in the theme of responsibility – to family, to friends, to a cause. Ed and his running team all come from different backgrounds, they clash and they bicker, but ultimately they protect each other because that’s the human thing to do. They become something of a family with a common end goal – to get to the boats – and they rally each other along when things get bleak and the destination seems too far away. We might not learn much about their backgrounds but the past doesn’t much matter when the end of the world comes knocking.

There have been so many post-apocalyptic stories over the last few years that it’s easy to get jaded with the genre. The End of the World Running Club puts a new slant on a tired theme and the result is a book that you won’t ever want to reach the final page of. All good things must come to an end but Walker’s tale of courage and fortitude will linger on.

The End of the World Running Club is published by Del Rey on 2 June 2016.