Have you ever wondered what it’s like to be an undercover cop? Sure, we’ve seen them in Hollywood blockbusters, in countless TV series and read about them in fictional books, but what about the reality? What is it really like to act like a criminal in order to catch one?

Undercover: A True Story gives a rare and gripping glimpse into the life of a British undercover police officer. Given the nature of this piece of non-fiction, author Joe Carter is using a pseudonym for his first book. The undercover policeman spent twenty years undercover, working on highly treacherous and sensitive assignments; something not even his wife or children knew anything about. That’s the life of an undercover cop – they have to become someone else, often an actual criminal, in order to infiltrate the illegal underbelly of the UK.

Joe starts his story as a young bobby on the beat in London. He goes to work, plays his part, and puts in the minimum effort required. He’s not entirely sure why he’s a policeman and is considering packing it all in. That is until he discovers what it’s like to actually catch the bad guys and he sets his sights on becoming a detective. Soon he’s promoted to the Flying Squad and, not long after, he joins the undercover unit. It’s top secret and he very quickly realises that there’s only one person he can truly trust in his line of work: himself.

A fast learner with a talent for talking his way in and out of situations, Joe is soon immersed in the life of a criminal, as he infiltrates the dangerous world of drug smuggling, gangs and police corruption. He looks, speaks and acts like a felon, forgetting all about his wife and children, and becomes friends with the men he’s trying to gather evidence on. It’s exciting stuff, as Joe grapples with the fact that he actually enjoys leading a double life (complete with a fake undercover wife) and genuinely befriends one of the key criminals in his investigation, Ray. 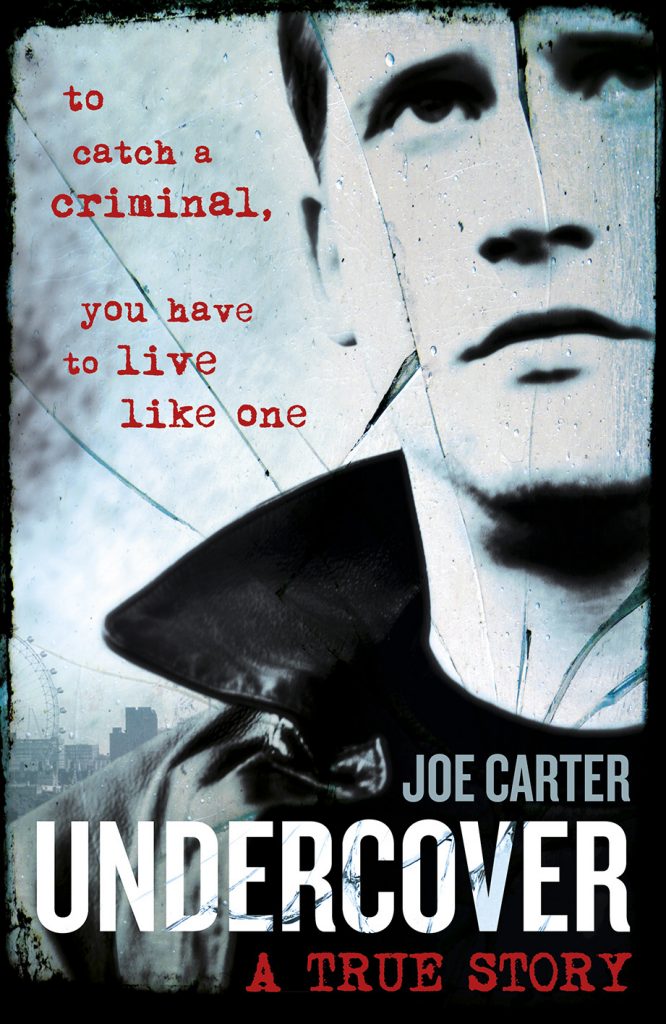 Undercover plays out like the best type of British crime novel and it’s easy to believe that these are made up characters in a make believe plot – not because it doesn’t seem plausible, but because it moves with the speed and excitement of a piece of fiction. You’re likely to find yourself actually rooting for some of the criminals, particularly Ray, who Joe would allow to escape if this were some kind of Hollywood movie. But it’s not, and Joe is willing to sacrifice everything – family, friendship and love – to get the job done.

When asked how he sleeps at night during an educational talk, Joe gives a simple answer: “Like a baby.” He might feel conflicted at times as he puts the bad guys away and leaves children without a father, wives without a husband, but he enjoys his job too much to linger too long on the messy stuff. He likes the solitary life, only relying on himself, and he’s willing to live with the consequences of his actions. If he didn’t, who would?

I breezed through Undercover in a single day, it was that gripping. This is not a world many of us know much about but it’s something we should all be thankful for. People like Joe Carter, real name unknown, help to make our lives safer; they’re the friends we don’t know, the protectors we’ll never meet. If you want to engage in a crime novel with a bold lead character and a frightening reality at its core, Undercover: A True Story is the one to read.

Undercover is published by Century on 2 June 2016.