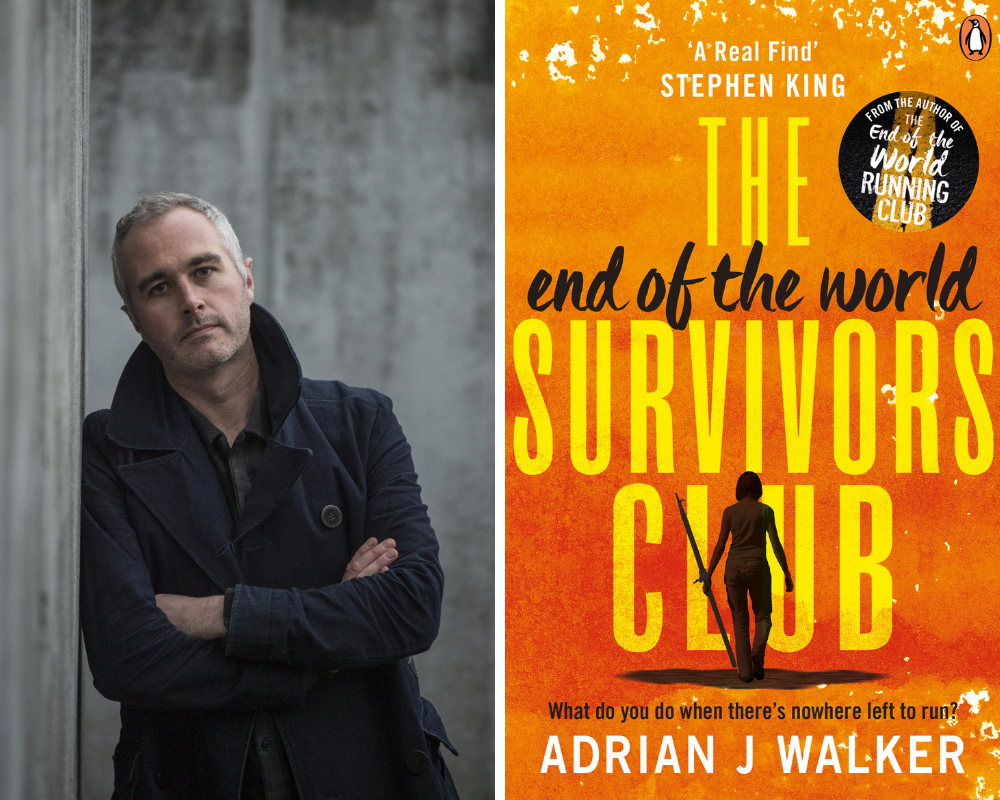 Readers don’t always enjoy what you write. Sounds obvious, but it bears repeating.

Once, in a pub, a drunk man approached me.

MAN: “Hey, you’re not one of those writers who describes things, are you?”

MAN: “Because I don’t need to know what the trees look like on the street the killer’s walking down; just tell me who he’s going to kill and how he’s going to do it.”

I think of this often. Whenever a white male literary author appalls the sci-fi community with a back-handed comment in a broadsheet, or another crappy celebrity bio hits the bestseller list, I remember: people read, and write, for different reasons.

So it goes with your characters. Not everyone will get them.

A close friend of mine told me he didn’t enjoy The End Of The World Running Club. “Ha, cool, no big deal,” I replied, molars cracking beneath my smile, “Any particular reason why?”

It was the main character, Ed, he said. He just didn’t respect him.

But that’s the point, I thought.

He might have enjoyed the first draft, in which Ed was a young, dedicated father (fit, brilliant at running, probably had a six pack, terrific in bed) who ran the length of the country after a nuclear war with some other smashing blokes who were fit and young and good at running to find his loving wife and wonderful children and — phew! — he made it. Ahhh, look, they’re kissing. The End.

The story was sludge. I was writing it for escape, but it didn’t go anywhere, didn’t do anything, just…was.

The problem, I realised, was that I didn’t identify with Ed. So I started again. I tried filling Ed with flaws. I turned that perfect, boring alpha male into a crappy, unfit father with confidence issues and zero hope for humanity (I also replaced the nukes with asteroids because radiation), and as Ed transformed, so did my writing. It became more fluid and less prone to second-guessing, and I discovered that I was no longer writing as an escape, but as an exorcism. Although I didn’t share Ed’s problems to quite the same degree, I certainly recognised their pull.

This is why writing flawed characters is scary. You’re sharing your imperfections with strangers, hoping they identify with them, while worrying that they won’t. It’s a bit like starting a support group in your local community centre and not knowing whether people are going to sign up or burn the place to the ground.

The sequel, The End Of The World Survivors Club, is narrated by Beth, Ed’s wife. Her own imperfections are much closer to home than Ed’s — in fact of all the characters I’ve ever written she is the one to whom I feel closest. This makes unleashing her upon the world both terrifying and exhilarating.

Convincing characters must come from within, which means that flawed characters are born in shadows the writer is not sure everyone shares. Releasing them requires an act of faith.

So the next time you identify with a fictional character you think you maybe shouldn’t, remember that’s exactly what the author was hoping for. And we needn’t be so insecure. The shadows are everywhere. Your book shelf is writhing with flawed characters.

Almost as many as reality itself.