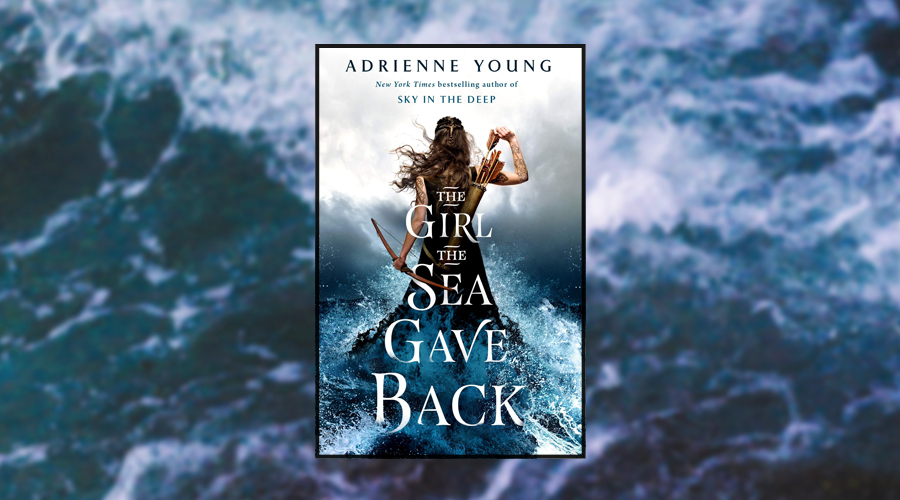 Set ten years after the thrilling events of Adrienne Young’s fantasy debut Sky in the Deep, The Girl the Sea Gave Back is an exciting addition to the captivating Viking-age inspired series.

For as long as she can remember, Tova has lived among the Svell, the people who found her washed ashore as a child and use her for her gift as a Truthtongue. Her own home and clan are long-faded memories, but the sacred symbols and staves inked over every inch of her skin mark her as one who can cast the rune stones and see into the future. Tova has found a fragile place among those who fear her, but when two clans to the east bury their age-old blood feud and join together as one, her world is dangerously close to collapse.

For the first time in generations, the leaders of the Svell are divided. Should they maintain peace or go to war with the allied clans to protect their newfound power? And when their chieftain looks to Tova to cast the stones, she sets into motion a series of events that will not only change the landscape of the mainland forever but will give her something she believed she could never have again – a home.

“Give me the child.”  Turonn’s hands reached for the girl cradled in his wife’s arms and she looked up, her swollen eyes glistening.

She touched her daughter’s face, tracing the curve of her brow with the tip of her finger. “I will carry her,” she whispered. Her black hair fell over her face like a veil as her bare feet hit the cold stone floor and she stood on weak legs. When Torunn stepped toward her, she moved from his reach. The comfort of her husband would only turn the river of pain in her chest into an angry ocean. So, he let her go, watching her step into the ice-blue light of dawn spilling through the open door. He took the bow from where it hung on the wall and followed, his eyes on the hem of her white linen gown. Below, every soul in Fjarra stood at the water’s edge to witness the funeral rites. The bitterly barren headlands that had been the home of the Kyrr for generations were iced over, though winter was gone, and Svanhild couldn’t help but think her daughter would be cold, even if she was dead.

The wind pulled the thin cloth around her slight frame as she walked the winding path down the steep incline to the violent waves crashing on the beach. There, her people waited. She looked straight ahead, tightening her arms around the girl’s body, and one cold drop of rain hit her cheek. The clouds churned overhead, the rumble of thunder echoing the pounding heart in her chest.

She looked up into the blackening clouds, where the nighthawk was circling, and uttered a curse on her breath. She’d consulted the Spinners of Fate before her daughter was born six years ago and they’d told her what future lay ahead. But she still hated them for it. The three Spinners who sat at the foot of the Tree of Urðr weaving the destiny of mortals were as cruel as the cold waters that had pulled Svanhild’s daughter beneath the waves. Her pleas to save her child had gone unheard, swallowed up by the raging sea that surrounded the headlands.

The boat was already waiting in the shallows. Its carved prow craned over the beach in the shape of a serpent’s head and garlands of willow were draped over the sides, where a maze of runes and ravens’ wings was burned onto the hull. Inside, long stalks of nodding avens and lupine were piled in an offering to their god, Naðr.

The people were silent, their eyes on Svanhild as she stood on the beach, peering down into the face of the girl. Her skin like milk, her hair like ink. The black marks that covered her skin wound around her arms and legs in patterns that Svanhild had made herself only a year ago. They were the same ones that covered the skin of every Kyrr standing on the beach, a labyrinth of ancient prayers that had been passed from one generation to the next and that signified her as a child of Naðr. But even the gods couldn’t spare mortals from the hands of the Spinners.

Turonn set his hand onto Svanhild’s shoulder and she blinked, sending hot tears falling into the fine linen. She waded out into the icy water, the gown clinging to her hips and legs, and the rain began to fall harder as she leaned over the side of the boat to set the girl down carefully, nestled into the soft violet-and-blush blooms.

Turonn took hold of the prow, shoving the boat out onto the water, and Svanhild swallowed down the sob in her chest until it was a heavy stone in her stomach. After all, what right did she have to cry out? The Spinners had told her this day would come. She’d known it the moment the midwife had placed the tiny child into her arms. And now that it was here, she’d send her daughter to the afterlife with strength, not with frailty. And when she saw her again, she would stand proud of her mother.

The boat’s edge slipped from her shaking hands as it caught the gentle current and Svanhild stood there until the cold of the water crept into the center of her bones. Until she couldn’t feel anything but the biting wind on her face.

The sound of fire-steel struck behind her and she looked over her shoulder to where Turonn was nocking a flaming arrow, his face drawn with deep lines and his dark eyes reflecting the storm above. He looked to Svanhild, standing like a ghost in the gray water.

She gave a sharp nod and he lifted the bow, his fingers tightening on the draw. He pulled a deep, even breath in through his swollen throat and let the string creak before he released the arrow and it flew. It arched up over Svanhild’s head and every set of eyes on the beach watched it vanish into the clouds before it reappeared, dropping from the sky like a falling star.

It hit the boat with a crack and Svanhild wrapped her arms around herself as the hungry flame caught and spread. The scent of burning elm crept toward them in a swath of smoke as the boat grew small, drifting into the thick fog until it disappeared.

And when Svanhild blinked again, it was gone. 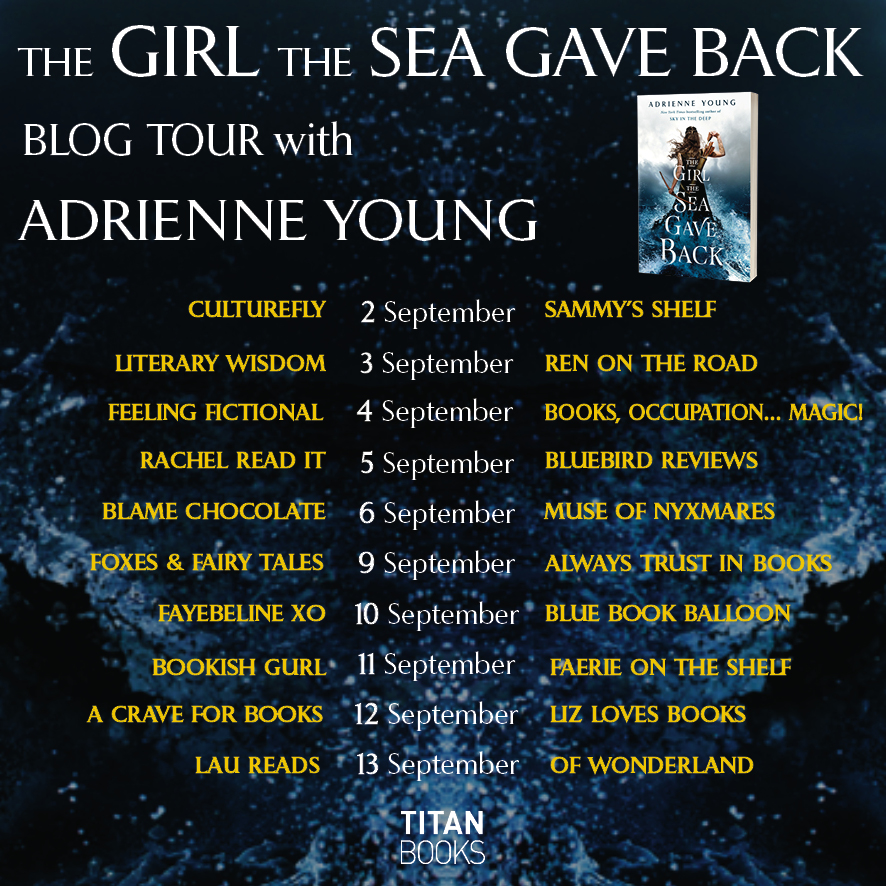