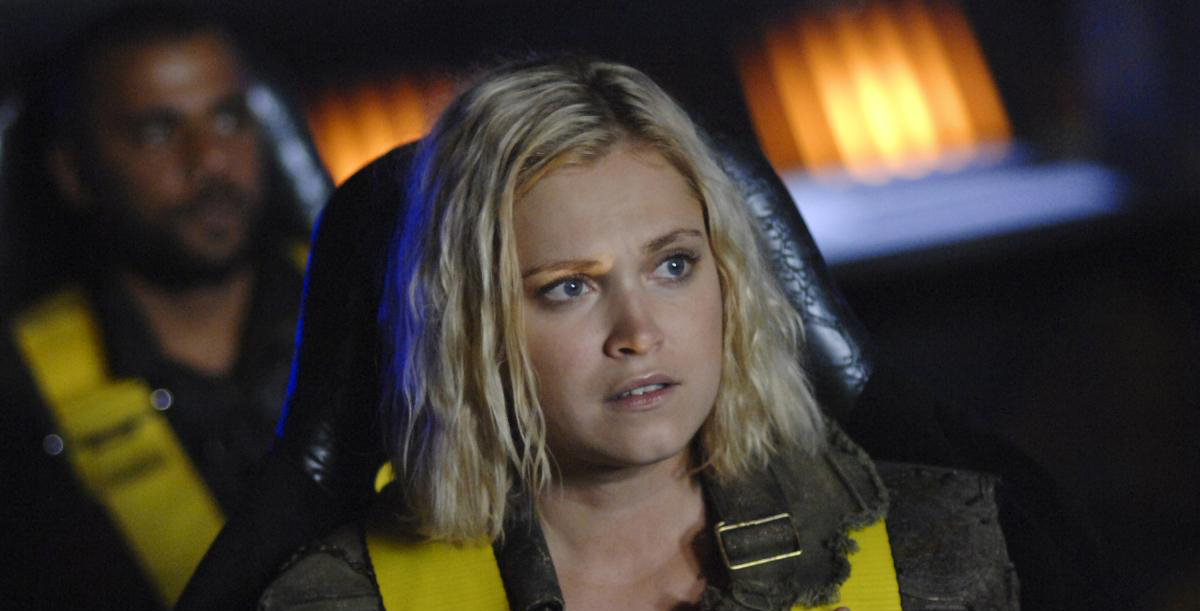 If it feels like an age since The 100 was last on our screens, that’s because in the UK it has been. Over a year on from the UK premiere of the season 5 finale ‘Damocles – Part 2’, The 100 is finally back – never mind the fact that the season has already been and gone in the United States and beyond. But as the season 5 finale very much closed a chapter on the story of this show so far, there is one benefit to the long wait between seasons, and it’s that the season 6 premiere is able to fully commit to its soft relaunch, as it were. While the characters remain the same and old conflicts and grudges linger, season 6 opener ‘Sanctum’ feels a lot like a revamp and a throwback all at once – and it’s a strong one at that.

From the opening credits alone, The 100 immediately pitches season 6 as something bigger, bolder and a lot more colourful, yet there’s a knowing familiarity to this episode’s opening plot. Here are a group of people, all still wary of each other, being sent to the ground of a new planet without any idea of whether or not they’ll be able to survive when they’re down there. It’s the same narrative that drove the pilot episode five years ago, and the only difference here is that these characters are more experienced, more battle-weary and more prepared for how to survive if things go wrong.

Narratively speaking, then, the show really is living up to Monty’s wish that they start over and do better. If this planet – sorry, moon – is their new Earth, then Bellamy (Bob Morley), Clarke (Eliza Taylor) and co are being given the chance to retrace their steps and actually do better – right down to Murphy (Richard Harmon) channelling Octavia by diving into a pool of water and risking death by mutant river monster and Miller’s (Jarod Joseph) acknowledgement that their first words on the new planet need to be better than Octavia’s “we’re back, bitches!”. 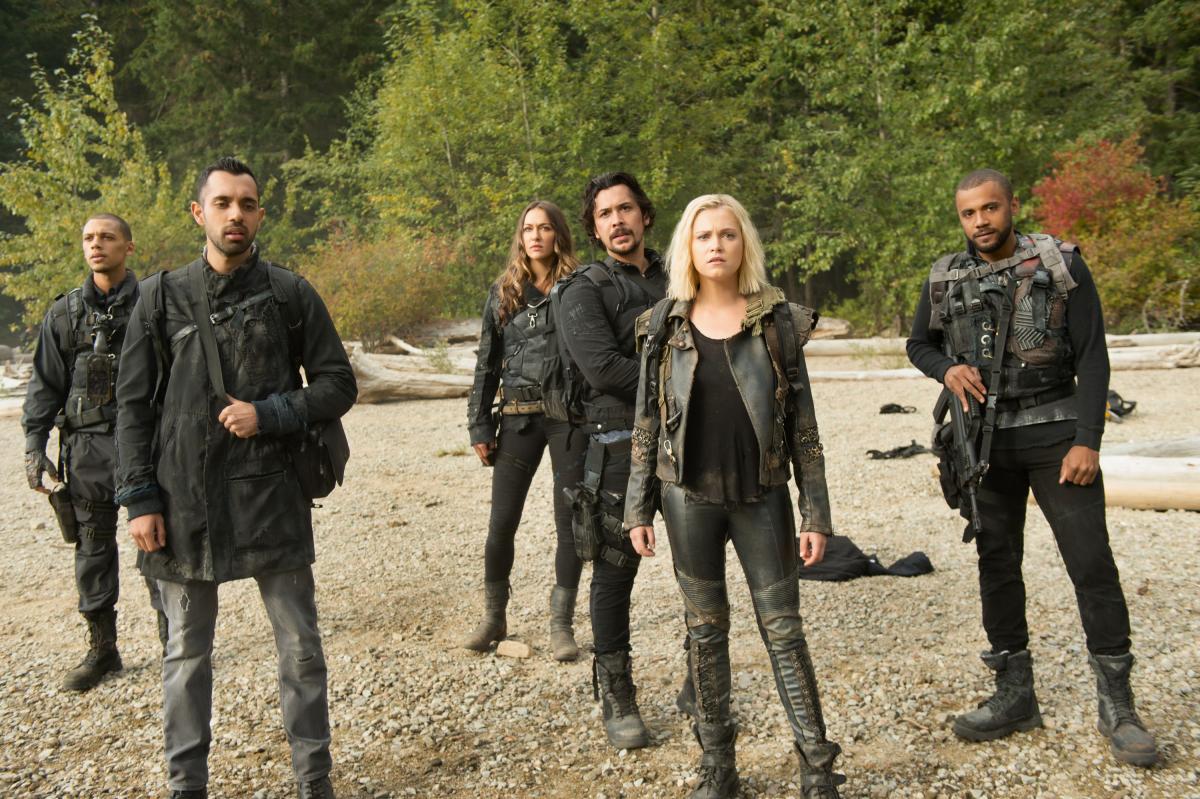 Thankfully, as fun as it is to reflect on where we started, The 100 also hasn’t forgotten how far these characters have come – not to mention everything they’ve been through since then. Everything about their mission to the ground is slicker, using more advanced technology and working more confidently and cohesively as a unit than the original 100 did in the pilot, but there are also a lot of deep-rooted tensions here, and most of it is directed towards Clarke. Season 5 led to a lot of fractures among the show’s core cast – an understandable byproduct of everyone splintering off into different groups as they weathered out Praimfaya for six years – but once again it’s primarily Clarke who finds herself the target of everyone else’s aggressions.

There’s always been an element of hypocrisy around everyone’s judgements of Clarke’s decisions, with Raven (Lindsay Morgan) especially criticising Clarke for making the kind of life-or-death calls that no one else ever stepped up to. But as Clarke increasingly put Madi (Lola Flanery) first throughout season 5 and risked the lives of everyone from Bellamy to Raven and Shaw (Jordan Bolger) to do so, it’s clear these grudges are personal and there’ll be a long way to go to heal these rifts.

But despite all the talk of second chances and the ideas of redemption and forgiveness looming large, we all know by now that on a show like The 100 those are never easy to come by. Just as on the ground the group’s second chance at starting over on a new Earth is marred by a swarm attack, irradiated barriers and Shaw’s death, on the mothership Abi’s (Paige Turco) own attempts to save Kane (Ian Cusack) come to naught as she revives him long enough to show him the new planet before Octavia (Marie Avgeropoulos) confronts them both over their betrayal and Kane collapses, on the brink of death once again before he’s put back into the cryochamber. 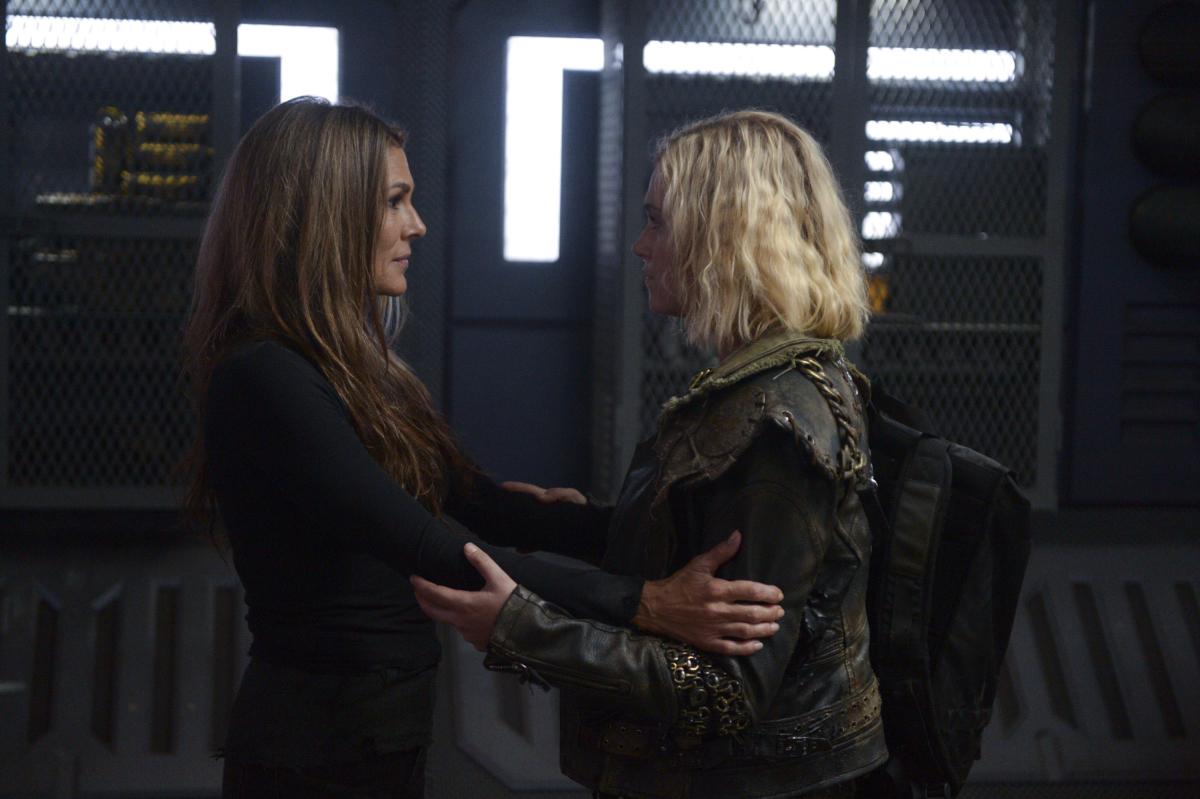 As season openers go, ‘Sanctum’ starts strong, introducing a new world, new mysteries and new threats in the form the eclipsing suns and the murderous rage it induces, while also deftly balancing the show’s five-year history with its ever-great character dynamics and interactions. As an episode of The 100, there’s also a huge payoff for viewers who’ve been with this show since the beginning, and a nice nod to the show’s most enduring partnership as Bellamy and Clarke find a moment to address what’s gone unanswered in the two years since the season 4 finale, as Bellamy admits he knows Clarke called him on the radio every day she was on the ground after Praimfaya. The Bellarke coupling may not be TV canon (yet), but there’s no denying the pull of these two characters and their influence on each other; Clarke and Bellamy have a bond, and the fact this season is addressing it so early on here gives hope that this is something to explored in more detail as the season plays out.

With the season 6 premiere then, the show is offering up a fresh start, but it’s not something that’s easy for the characters to give themselves over to the idea of. Despite Monty’s best intentions, all of these characters are haunted by their pasts – whether that’s Miller and Jackson (Sachin Sahel) lamenting the things they did and let happen in the bunker to survive, or Raven’s hostility towards Abi and her addiction underscoring their every interaction – and it’s exactly those kind of moral quandaries that The 100 explores so well.

We may be in an exciting new setting with a new non-human threat to weather by the end of the episode, but these are still the themes and ethics that The 100 has explored since the beginning. It’s gratifying to see that not even 125 years of cryosleep can change that so far in season 6 – and hopefully beyond too.