The characters on The Flash have a lot of superpowers. The show has featured super speed, telepathy, and portal-opening powers. But, one power is rarely mentioned, and that is Danielle Panabaker’s acting ability. She often pulls off some super acting, revealing dramatic chops with more meat on the bone than the scripts deserve.

Throughout the three seasons, Panabaker has dealt with some depressing storylines as her character, Dr. Caitlin Snow, is often defined by her boyfriends. In every season, Panabaker plays out poorly constructed romances, and whilst this year seemingly gave her a storyline where the good doctor was more than her super evil ex-boyfriend, it reverted to the status quo. Panabaker has always done a solid job telegraphing Caitlin’s fear and despair, bringing a steely determination, owning the best scene in ‘Abra Kadabra’ as she directs her own surgery. Sadly, these badass moments are undercut by her storyline’s dependence on Julian (Tom Felton).

Their attraction makes sense considering they are both good people wrestling with their evil alter egos, but ‘Abra Kadabra’ ends with a conclusion that suggests we should believe Caitlin and Julian are so in love they will do the unthinkable to stay together. As if the showrunners know they’ve rushed this relationship, this week’s writing is laboured as it tries to convince us they are 100 percent in love. A lot of their scenes involve characters telling us how they feel about one another. It’s just a shame we don’t feel it.

It’s hard to review an episode like ‘Abra Kadabra’ in isolation. It is too dependent on the episodes that have come before it. The writers, and the characters, have been so obsessed with saving Iris (Candice Patton) that they’ve forgotten about the supporting characters. Cisco (Carlos Valdes) has had his relationship with Gypsy (Jessica ) condensed into three episodes, with his over eagerness coming across as obsession. Valdes always laces charm into his performances, but this week the charm curdles into creepiness, as Cisco acts like a very entitled male. 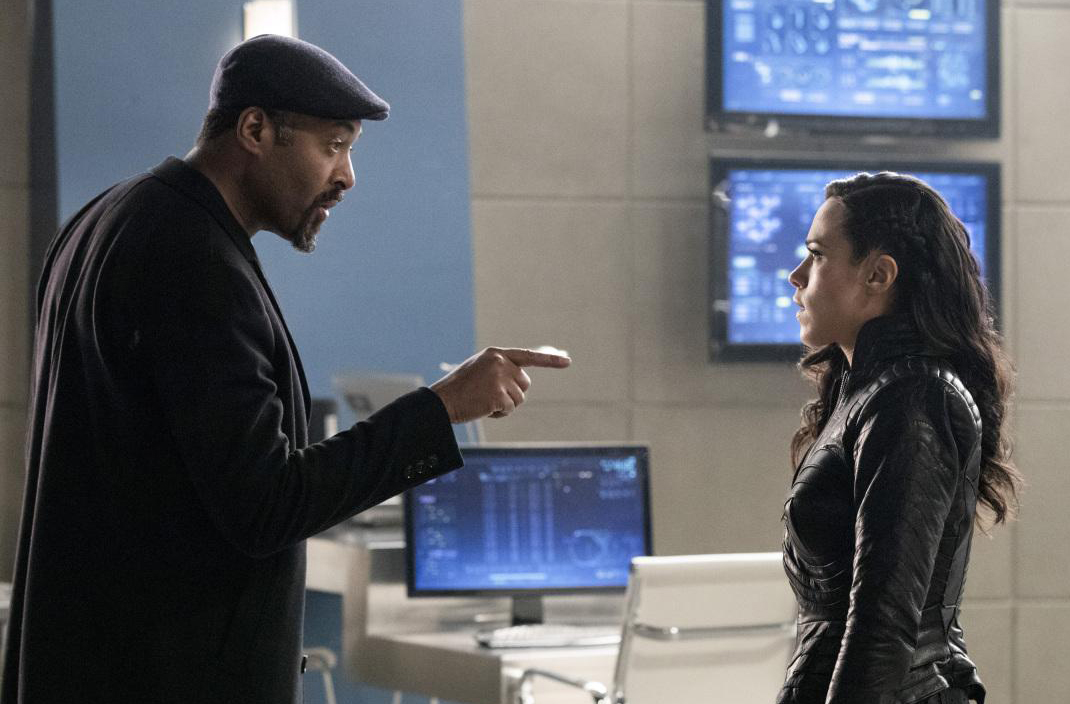 Gypsy provides most of the drama in ‘Abra Kadabra’. Team Flash are trying to catch Abra Kadabra (played by a very hammy Dave Dastmalchian) a man from the future whose future nanotechnology resembles magic in this century. The villain knows Savitar’s identity, and he uses this knowledge as a bargaining chip to convince Team Flash to prevent Gypsy taking him back to Earth-19. Drama ensues.

The tension created by Barry (Grant Gustin) fighting with letting a criminal go to save Iris (Candice Patton) is gripping and it makes the episode entertaining. Each character has a different opinion that feels natural to their storylines. Detective Joe West (Jesse L Martin) provides the most heartbreaking reasoning.

Joe has no superpowers and is defined by his strong moral code. Martin brings the right amount of emotion to his performance and you believe he’ll break his code to save his daughter. As he says, he swore “two oaths” – one as a cop and one as a father. For the “dad cop”, the dad part is prioritised over the cop. Joe is finally being affected by the news his daughter has a sell by date and his reaction amps up the dread. Martin makes it feel like Team Flash might not save Iris West.

P.S. The Flash is taking a couple of weeks off as it prepares for the last leg of season 3. Keep tuned to Culturefly for when the show returns.