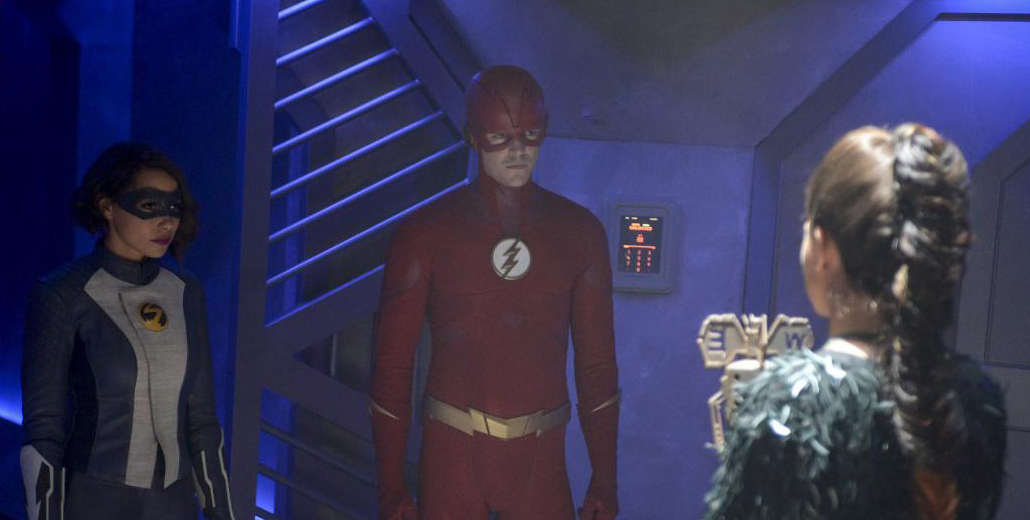 Family. The Flash’s favourite theme raises its head again in the Thanksgiving episode ‘O Come, All Ye Thankful’. There is no original moment or storyline in this episode, even The Flash has raced through similar material before, but the storylines presented are impactful in their brevity.

The most moving storyline belongs to the villain, Cicada (Chris Klein), whose backstory is revealed through softly lit flashbacks. After his sister is killed in a meta-attack (tragic origin story alert), he is forced to raise a child he doesn’t want. We’re in deadbeat dad territory; he’s even introduced to his niece telling a police officer the other guy was asking for it. It’s proper Hallmark territory, but at least is gives Klein an opportunity to show his charm and ditch the gravely voice — it’s the one choice that he isn’t carrying at the moment.

Back at Team Flash, Nora (Jessica Parker Kennedy) is angry at Barry’s (Grant Gustin) willingness to put his life on the line. It’s understandable in a comic book kind of way, she’s already grown up without Barry in the future, and she doesn’t want to lose him in the present, before she’s even born. Marty McFly faced similar problems and he pulled through. 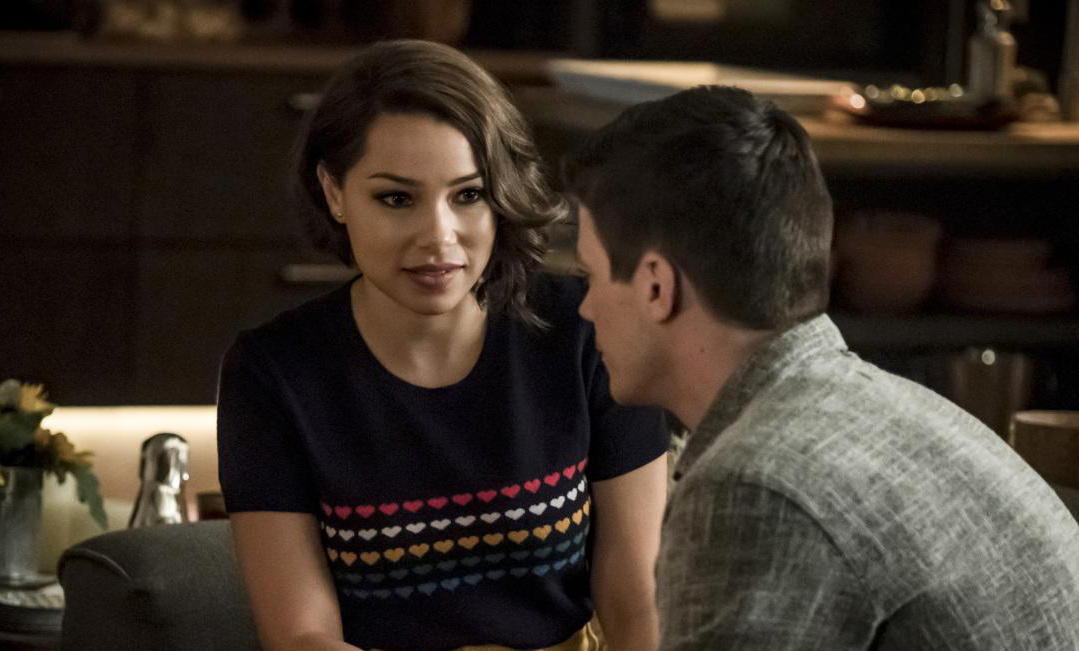 Nora is slowly learning to be a hero and the cost that comes with that responsibility. In a brave fake out, Iris (Candice Patton) and Nora watch Barry’s heart stop beating, and the hold on Patton’s glistening face is a powerful image. The Flash is never afraid of using the space it’s afforded by 20 odd-episodes to comment on the superhero genre — not many shows would give us a moment like this in such an intimate design. Parker Kennedy is doing a great job at showing Nora’s youthfulness and inexperience. Nora feels young, and even though the city needs the Flash, Nora needs her dad.

This all leads to an emotional climax as Barry must choose between being a hero or a dad as he faces down a lightening tornado. Yes, a lightening tornado. The Weather Witch (Reina Hardesty), daughter of the Weather Wizard (Liam McIntyre), is threatening the city to kill her father. It’s an OTT plan accompanied with OTT dialogue (“This is how you make heroes pay!”), and it’s a nice little subversion — not all parent-child relationships have to be positive or finish with a sentimental reunion.

The rest of Team Flash aren’t given the most important roles in the narrative, and Ralph (Hartley Sawyer) doesn’t even make an appearance, but they do get a comedic subplot as Sherloque (Tom Cavanagh) convinces Cisco (Carlos Valdes) and Caitlin (Danielle Panabaker) how trashy Thanksgiving is — it’s a holiday celebrating colonists slaughtering Native Americans. It’s a fine subplot that gets in some good lines, and shows how good holidays are at bringing us together. Overall, it’s a sentimental episode, but sometimes you need a bit of sentiment.