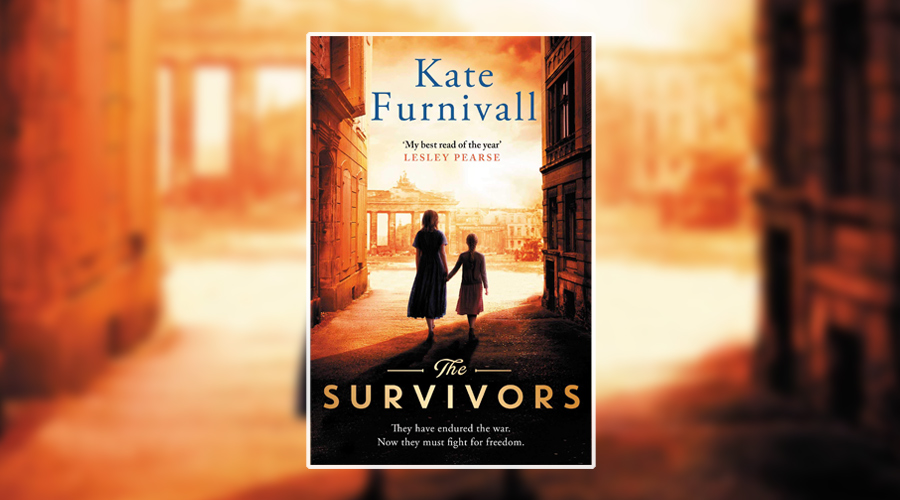 Set in Germany following the fall of Hitler’s regime, Kate Furnivall’s latest novel is about ordinary people forced into impossible situations just to survive. Like 2016’s The Liberation, which took place in Italy post-WWII, The Survivors centres on the aftermath of war and how the fight didn’t just end when Germany surrendered to the Allies. For those who’d suffered at the hands of the Nazis, the struggle continued. For Klara Janowska, the central character in Furnivall’s story, it gets worse before it gets better.

Klara and her ten-year-old daughter Alicja endured the horrors of war before fleeing their native Poland and walking for weeks to get to the Graufeld Displaced Persons camp. They, along with over three thousand other Holocaust survivors, are crammed into the DP camp whilst the British Army keep it afloat with a typical stiff upper lip. It’s a grim situation, with basic rations, but at least Klara and Alicja are safe. That is until Klara recognises a man in the camp from her past; a man who’s hiding his real identity and will kill her if she doesn’t get to him first.

An immediate game of cat and mouse begins as Klara plots her adversary’s demise. At the same time she’s hatching a plan to escape from Graufeld, something she was plotting long before she spotted the ominous figure of Sturmbannführer Oskar Scholz, the SS officer who threatens to destroy the freedom she’s been working towards. Klara’s driving force is Alicja and she has the ferociousness of a lion when it comes to protecting her daughter. Furnivall captures that fierce maternal protectiveness with an intensity that leaps off the page. However, the protectiveness goes both ways.

“My heart tightened so hard in my chest that I had to fight back the tears. How on earth had I produced such a child? An angel with the heart of a lioness. They may have torn off her wings, but they’d forgotten her claws.”

Whilst Klara agonises over how to dispatch of Scholz without getting caught, Alicja watches her mother like a hawk, trying to figure out who she really is and what awful things she’s done in the past in order to survive. What emerges through this tense post-war plot is a story of the devotion between a mother and her child. The perspective occasionally veers away from Klara and Alicja and that’s when we get to witness their tight bond through the eyes of Davide, a gentle French man working in the camp’s administration office. We see the fears and weaknesses mother and daughter try to hide, neither of them wanting to add to the other’s worries.

Furnivall’s characterisation is superb, particularly when it comes to Scholz who is a compelling yet terrifying, three-dimensional antagonist. His version of past events differs so much from Klara’s that, like Alicja and Davide, you begin to doubt her. Is she telling the truth or is Scholz? Who has more to lose and more to gain? These are the questions that constantly circle your mind whilst reading and it’s through Klara’s flashbacks that we eventually learn the answer.

The Survivors rarely pauses for breath, creating a claustrophobic atmosphere as Klara and Scholz circle each other amidst the barbed wire confines of the camp. When it moves beyond Graufeld, it takes on a more expansive feel – revealing the cost of war with a breadth and depth that’s heart wrenching. Furnivall poignantly explores humanity’s capacity for cruelty and our capacity for kindness. What lingers is the latter, the simple human compassion that emerges through the toughest, most brutal of times.

Emotional and engaging with a thrilling tale of love and courage at its core, The Survivors is a piece of unputdownable historical fiction.