The great thing about the monster-of-the-week formula is that it keeps a show like The Flash fresh — theoretically, a new foe should bring new problems and solutions. Yet, unlike Buffy the Vampire Slayer that made this formula popular, The Flash is drawing from pre-existing material and the barrel of baddies is running low.

‘All Doll’d Up’ adds some ingenuity by giving The Flash its creepiest villain yet. As Ralph (Hartley Sawyer) explains, he looks like “one of those porcelain dolls that’s gonna kill you while you sleep” and Rag Doll is introduced climbing out of a gift box, backwards. Played by contortionist Troy James, he is certainly a memorable villain who creaks his way through scenes and lacks a moral compass. His appearance makes up for his weak origin and motive.

A spoiled trust fund kid who was crushed by a satellite during last season’s Enlightenment, Rag Doll’s limbs are the framework for family dysfunction. Ignoring the larger Cicada (Chris Klein) storyline to focus on the unraveling West-Allen family drama, Iris (Candice Patton) and Nora (Jessica Parker-Kennedy) struggle reconciling after the last episode’s argument. 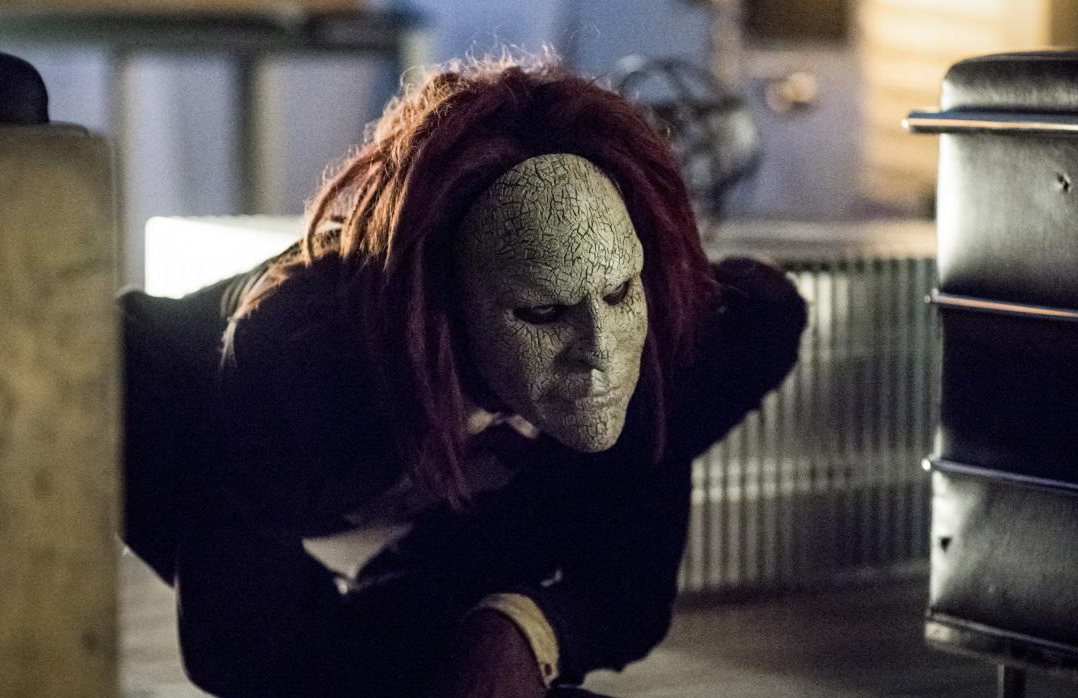 Season 5 of The Flash has thrilled us so far by placing more emphasis on the female members of the team, and even though the mother-daughter drama isn’t entirely relatable — whose family members argue over mistakes they haven’t even made yet? — Patton and Parker-Kennedy do great work threading ties between the two family members as Iris’s actions start building bridges between them.

Like all daughters, Nora can’t see Iris’s past life and adventures. To her, Iris is just mum, the person who tells her what to do and stops her from living her life. Proper teenage daughter stuff. Thanks to Cecile (Danielle Nicolet), Nora starts to see the value in her mother, and in the end, actions speak louder than words. It takes a purely badass act during the final confrontation for Nora to fully accept that this Iris is different from the one she grew up with.

After four seasons, it’s great to see that the writers finally understand how to write Iris in an interesting way. They finally know what to do with her. She is more than Barry’s (Grant Gustin) object of desire. There is a touching moment where the couple dance, and it breaks up the creepy fights with Rag Doll. It’s still a joy watching these characters interact and be put in human situations. The slow motion was a nice touch.

Outside of the West-Allen drama, Caitlin (Danielle Panabaker) pieces together the clues as her search for her father continues. The mystery is a non-starter as the big reveal was revealed months ago, but at least it gives us an excuse to watch Ralph and Sherloque (Tom Cavanagh) bounce off each other. The two detectives have a good vibe, and Ralph gets a comic set piece that plays nicely into The Flash’s limited effects budget — Elongated Man should look cartoony.