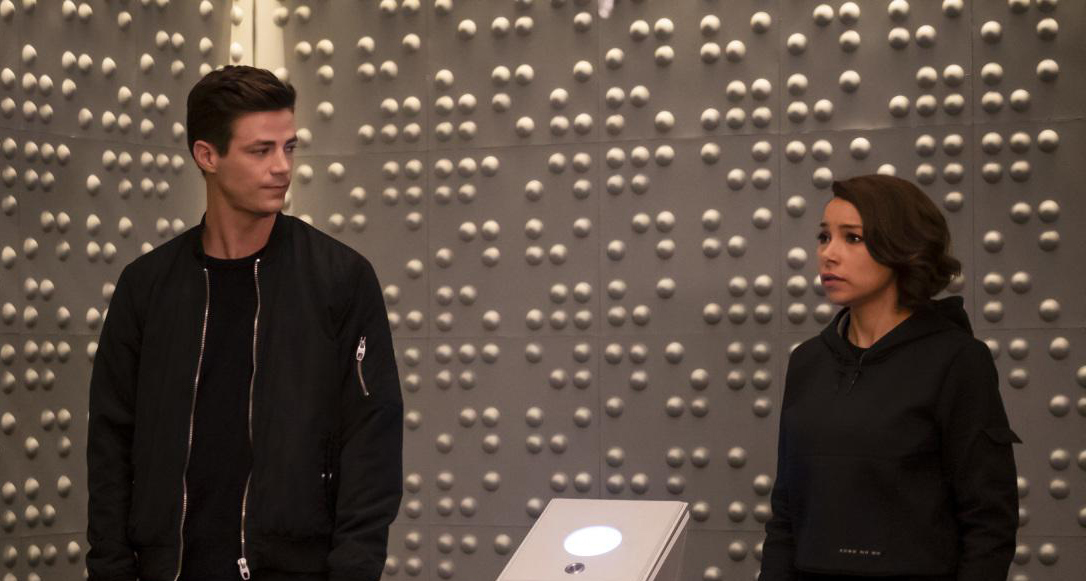 It’s two for one on The Flash this week. With both ‘What’s Past Is Prologue’ and the first instalment of the much-hyped annual crossover, ‘Elseworlds Part 1’, The Flash ends 2018 with on a high note.

First up, ‘What’s Past Is Prologue’. After identifying Cicada (Chris Klein), Team Flash abandon their rules about time travel and race back into past events to build a weapon capable of destroying the villain’s pesky dagger.

The decision to play fast and loose with its time travel rules makes The Flash suitably fleet-footed as it isn’t bothered about destroying the timeline and honouring past events. Which is quite ironic considering this is the 100th episode and it exists to celebrate The Flash. Like Back to the Future Part 2 (which gets an amusing shout out from Hartley Sawyer’s Raph) and Harry Potter and the Prisoner of Azkaban, Barry (Grant Gustin) and Nora (Jessica Parker Kennedy) revisit famous scenes from previous seasons.

There is an element of fun and a sizzle of suspense as you wonder if the pair will be caught and jeopardise everything. The time-travel scenes deepen Nora’s perspective of her parents. Clearly, the Flash museum in the future has a selective history and the minutiae of Barry’s life is missing. Nora is surprised by the fact Savitar was Barry’s doppelgänger, and that Iris (Candice Patton) was the one who killed him. She is even more surprised that Eobard Thawne (Tom Cavanagh returning to his season 1 shoes) killed Barry’s parents. Now, apart from the fact that lacking the origin of its eponymous hero seems like a major oversight by the Flash museum, it’s weird Nora wouldn’t already know this.

Still, it’s fitting The Flash would return to Thawne in its 100th episode, and more importantly and emotionally, the particle accelerator explosion and Barry’s happy childhood. It’s impressive that The Flash literally returns to its past and doesn’t become a nostalgia trip. In the end, the episode actually settles on something quite savvy — it’s not about changing the past, it’s about learning from it to improve the future.

Before we move on, this episode answers this season’s biggest mystery, and as the show isn’t back until February, it seems unfair to leave you wanting. So spoiler warning! Who has been giving Nora her ideas? No other than Thawne from a prison cell in 2048. 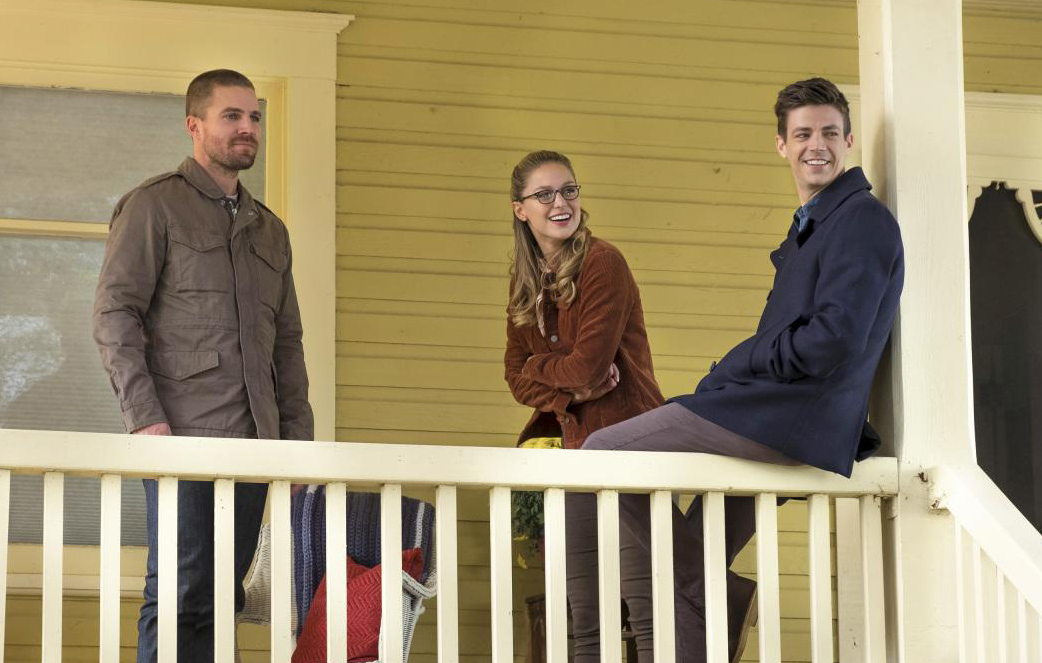 Reviewing the crossover episodes is always frustrating. However entertaining they’ve been, they’re ultimately disconnected from the rest of the season’s narrative. Last year, we didn’t even see Barry and Iris’s wedding inThe Flash after the show had spent four seasons building up to it. ‘Elseworlds Part 1’ is no different; a standalone episode where Barry and Oliver Queen (Stephen Amell) swap identities without explanation.

The episode leans into the oddness of this situation by essentially writing the awkwardness of it all into the script. Amell is simply too serious to be the Flash and looks awkward in the suit, while Gustin’s natural joy doesn’t fit the green leather hood. As always, the chemistry between the two makes their odd couple dynamic fun to watch, and they get a few good meta-potshots at each other — ‘You can’t go five minutes without a sappy pep talk” is a personal favourite.

Yet, it isn’t the principal three — the Flash, Green Arrow and Supergirl — who are the most enticing draws here. It causes geeky pleasure to see them interact with the Arrowverse’s version of Superman (Tyler Hoechlin) and, as Batman remains out-of-bounds, Batwoman (Ruby Rose). She doesn’t make a brief appearance until the very last shot, but the team up with Superman is fun, even if the final fight is a little hard to track.

But, this is still an episode of The Flash, and it lets the rest of Team Flash down. They don’t do much, Nora isn’t even mentioned, but a brief scene between Barry and Iris (Candice Patton) is enough to remind us that their relationship is the cornerstone of The Flash.