If, as Ambrose Spellman says, Christmas is indeed a time for ghost stories, then Chilling Adventures of Sabrina’s Christmas special is certainly on the money. After all, there are a lot of ghosts in ‘A Midwinter’s Tale’, from the séance Sabrina holds to contact her dead mother and the mischievous Yule Lads it invites into the Spellman home, to the lingering thread of plot lines hanging over from the season’s first run of episodes – not to mention the ghosts of relationships past haunting Sabrina as she attempts to reconcile her mortal friends with her witchy heritage.

Once again, Chilling Adventures of Sabrina embraces the darker, pagan roots inherent in holiday celebrations in its Christmas special, taking place over the winter solstice, when the veil between worlds is at its thinnest and the Spellmans must keep a yule log burning through the longest night and shortest day to keep evil spirits at bay. In all of this, Sabrina, who saw her mother in limbo when she was trying to save Tommy Kinkle’s soul, decides she wants to contact Diana Spellman and help her with her unfinished business so she can pass over, but it’s not long before events spiral, and Sabrina and her family are caught up in a festive mess of ghosts, witches, demons and personal dramas too.

Despite a lacklustre subplot featuring Sabrina’s friend Susie Putnam and a demon who’s been inspired by House of Wax, the majority of this special centred on the Spellman family dynamic, which is fitting for an episode that unfolds over the Christmas season. While it would have been nice to see more from the characters of the witching world – Madame Satan/Miss Wardwell (Michelle Gomez) only appeared to sprinkle a bit of chaos via a voodoo gingerbread house, while the Weird Sisters were dispatched of pretty quickly and Nick Scratch and Father Blackwood didn’t appear at all – the focus on the Spellmans was a welcome re-introduction to the characters at the heart of this series. It had the bonus side effect of rendering the episode just a little too claustrophobic, in keeping with the series’ horror movie nods of yester-episodes. 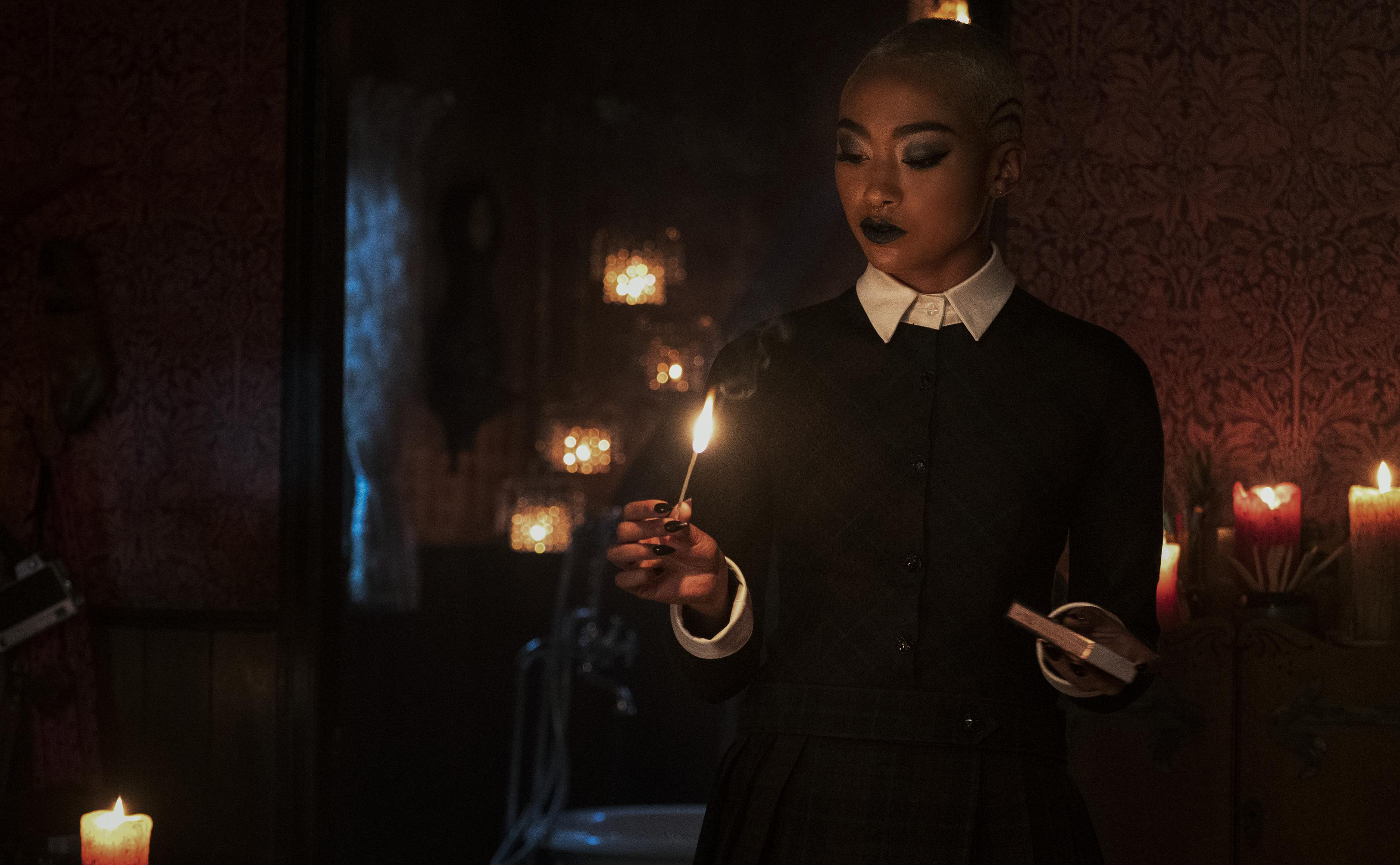 But the main trouble with ‘A Midwinter’s Tale’ is that it doesn’t seem to know whether it wants to be considered as part of the series-long arc, or as a standalone. In the running order of things, this comes after Sabrina has signed the Book of the Beast and committed to attending The Academy of Unseen Arts – but there’s no fallout to that. Sabrina is, apparently, still going to Baxter High, still able to see her friends (who are trying to be as accommodating as possible about her being a witch, despite it being “too weird” and “too soon”) and still keeping a foot in both the witch and the mortal worlds.

In that way, this special feels more like a stop-gap between seasons: unwilling to commit itself to being a complete standalone with no ties to the series’ overall plot, but also not furthering along any plot lines beyond a few unimportant lingering threads from the finale. As a result, we’re left with something a little bit average that achieves very little, and instead just keeps picking at the wounds left open from the episode before it.

So, just like Sabrina herself, ‘A Midwinter’s Tale’ is primarily an episode in transition, serving as a link between the season’s first and second parts that wasn’t necessarily needed, but was nice to watch all the same. It didn’t quite live up to the promise of the first season finale’s closing scene – which saw Sabrina skipping through the Academy with the Weird Sisters at her side, having fully embraced her dark heritage – and it kept up the first season’s major flaw of being unable to confidently balance the witching and mortal worlds, but there’s no denying that Chilling Adventures of Sabrina is still a fun world to escape into.

If the series’ first run of episodes was enough to whet your appetite then ‘A Midwinter’s Tale’ definitely delivers enough dark, powerful and witchy goodness to keep you counting down the days until Part 2 of the series drops in April 2019 – and hopefully this outing means that Sabrina will now embrace the Church of Night a bit more whole-heartedly, and allow the show to focus on delving deeper into the darker elements that make the show so brilliant.