Get some festive gift inspiration with our fiction gift guide. From heartwarming YA and feminist fairytales to murder mysteries and historical dramas – there’s something for everyone.

1. The Toymakers by Robert Dinsdale 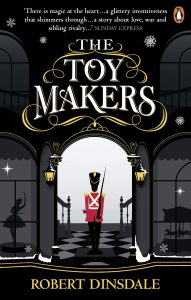 The spellbinding fourth novel from Robert Dinsdale is one of 2018’s best fiction books.

Set against the backdrop of an enchanting toy shop, it’s the tale of two brothers destined to be perpetual rivals, of a young runaway who finds a home in an unlikely place, and of men haunted by the ghosts of war.

It’s also a gorgeous book to behold, with an exclusive festive edition available for a limited time only from Waterstones.

2. The Restless Girls by Jessie Burton 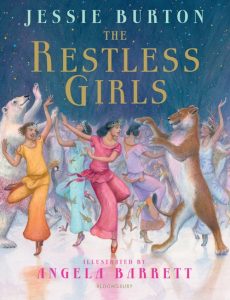 Readers might be more familiar with Jessie Burton’s adult books The Miniaturist and The Muse, but the English author has a talent for children’s books too.

The Restless Girls is a refreshingly modern feminist fairytale inspired by The Twelve Dancing Princesses by the Brothers Grimm.

It’s a fierce story of family, bravery and imagination, with a dozen feisty heroines at its core.

Bedtime stories don’t get any better than this.

3. Why Mummy Swears by Gill Sims 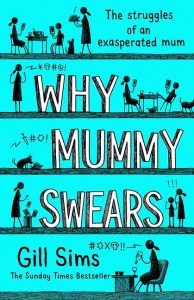 Mums will find lots to identify with in Gill Sims’ follow-up to Why Mummy Drinks.

This second book explores modern day motherhood and marriage against the backdrop of our technological, social media centred times.

Why Mummy Swears is entertaining, easy reading at its best, with bags of heart and relatable laugh out loud humour.

Best enjoyed with a glass of wine, naturally.

4. The House Swap by Rebecca Fleet 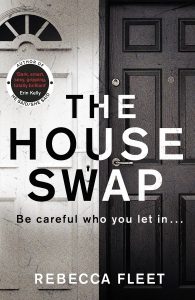 For a gripping read-in-one-sitting book, look no further than Rebecca Fleet’s tense and compelling thriller.

Praised by both readers and bestselling authors (Lee Child and Renee Knight are amongst the book’s many fans), the story centres on a couple who accept an offer to house swap with sinister consequences.

The House Swap is an atmospheric domestic noir with psychological thrills and intriguing twists.

5. One Perfect Christmas and Other Stories by Paige Toon 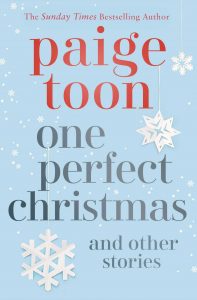 Published in print for the first time, this collection of short stories is a perfectly heart-warming gift for anyone who loves Paige Toon’s novels.

Through charming sequels, prequels, extra scenes and chapters, Toon reunites characters from across her fifteen novels – from One Perfect Summer’s Alice, Joe and Lukas to Johnny Be Good’s Meg.

Buy Now: One Perfect Christmas and Other Stories – Simon & Schuster, £2.00

6. To All The Boys Trilogy by Jenny Han 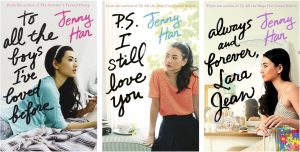 Netflix’s adaptation of the first book in Jenny Han’s bestselling To All The Boys trilogy was a summer ’18 phenomenon, stealing the hearts of teens and adults alike.

With uplifting romance, teen angst and hugely loveable characters, these books are an utter delight from start to end.

7. The Sentence Is Death by Anthony Horowitz 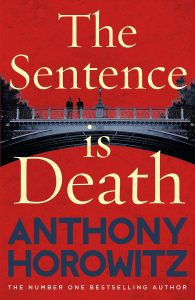 A new Anthony Horowitz novel is always something to look forward to.

His second book in the Detective Daniel Hawthorne series sees the PI and his sidekick – the author Anthony – join forces with the police to investigate the murder of a successful celebrity divorce lawyer.

Anyone who likes a good Midsomer-style murder mystery will love The Sentence is Death. 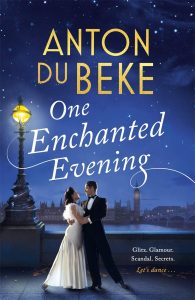 Anton Du Beke’s debut novel is as enchanting as the title suggests. Set in 1936, with the threat of WW2 looming, this period drama is full of glitz, glamour, scandal and, of course, ballroom dancing.

London’s high society and the life of a chambermaid collide inside the exclusive Buckingham Hotel, where both guests and staff have secrets to hide.

This historical romance will charm fans of Mr Selfridge and ITV’s short-lived The Halcyon.

9. Fear of Falling by Cath Staincliffe 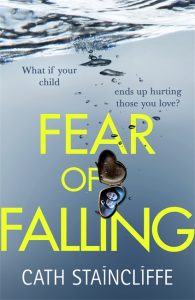 Staincliffe knows how to pull at a reader’s heartstrings.

Parents and children are the central focus in Fear of Falling, as marriages, relationships and friendships are pushed to their very limits.

Following last year’s harrowing The Girl in the Green Dress, the author’s latest book is another moving and realistic tale of families torn apart. 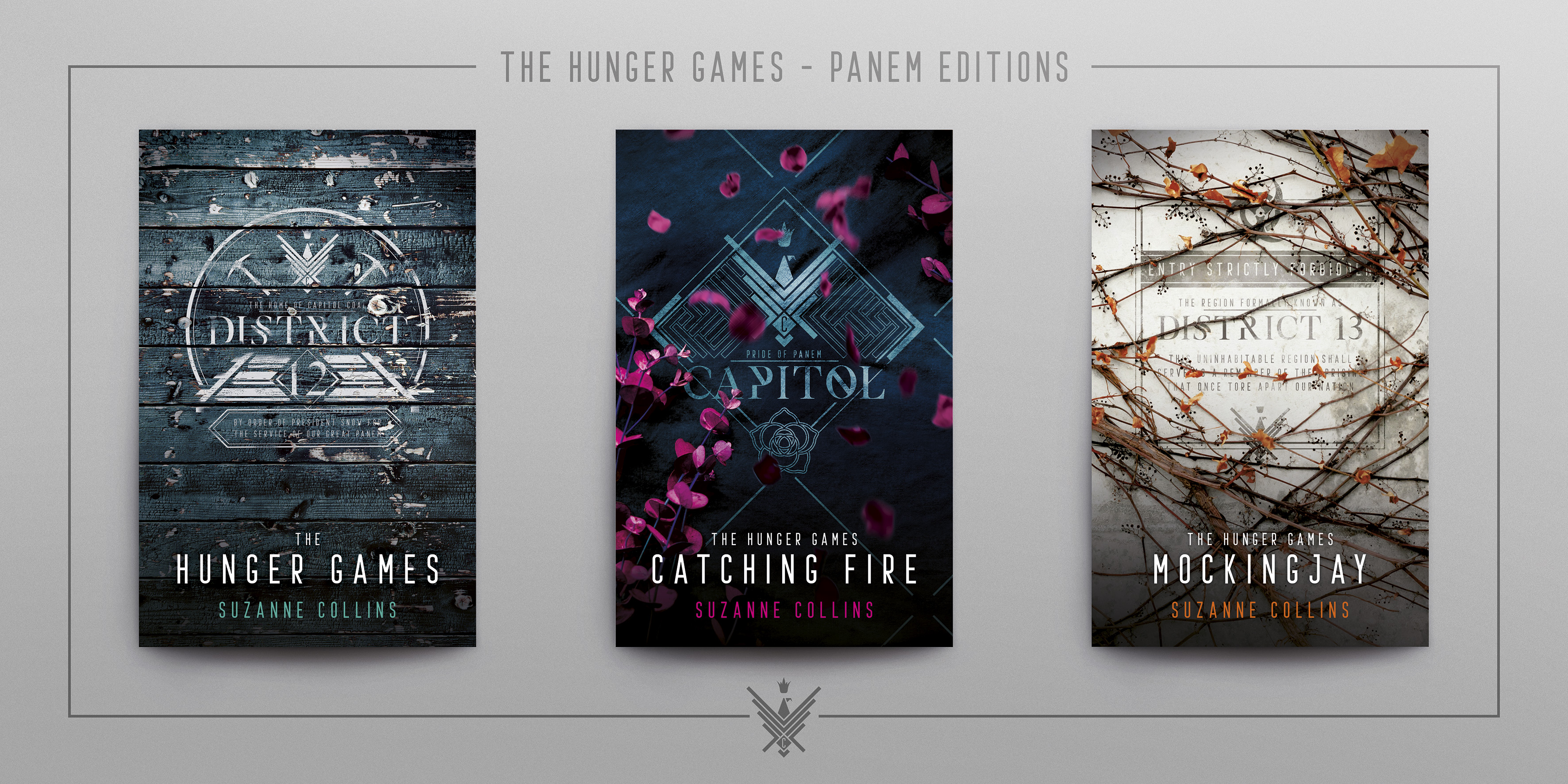 Here’s a fact to make you feel old: It’s 10 years since the first book in Suzanne Collins’ Hunger Games trilogy was published.

These special Panem Editions are the perfect way to mark the occasion and encourage a whole new generation of readers to embark on Katniss’ epic journey.

Fans of the series can re-live all the dystopian drama and enjoy the beautiful new covers.

11. The War In The Dark by Nick Setchfield 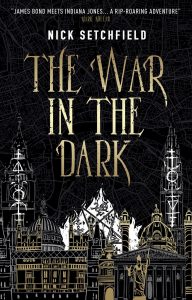 12. The House With A Clock In Its Walls by John Bellairs 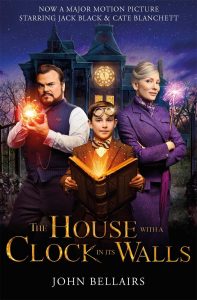 The film tie-in version of John Bellairs’ classic 1973 mystery novel is the perfect book for these cold, winter months.

It’s the first title in the Adventures of Lewis Barnavelt Series and has all the staples of a creepy children’s read: an orphan boy, gothic houses, witches, resurrections and all manner of magical creations.

Featuring wonderful hand drawn illustrations that bring the characters and their race-against-time to life, The House With A Clock In Its Walls stands the test of time.

Buy Now: The House With A Clock In Its Walls – Piccadilly Press, £3.00 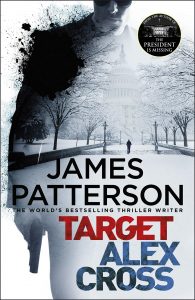 Following on from his summer thriller with Bill Clinton, James Patterson returns to the world of Alex Cross for another exhilarating thriller.

The 26th book in the series sees the titular detective called upon by the President to lead an FBI investigation to help capture America’s most wanted criminal.

Fast-paced, action-packed and intricately plotted, it’s another winner from the prolific author. 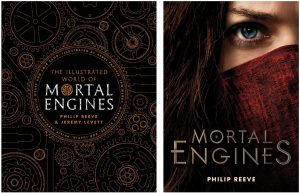 The adaptation of Philip Reeve’s award-winning Mortal Engines hits cinemas in December, so now is the perfect time to get immersed in the author’s epic post-apocalyptic world.

Combine it with the film tie-in version of Mortal Engines for that ultimate steampunk experience.