Book Review: The President Is Missing by Bill Clinton and James Patterson 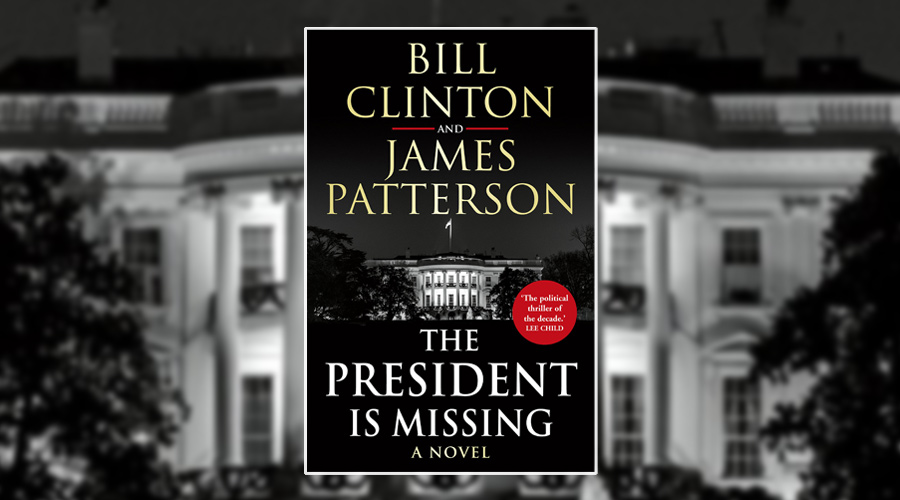 “James Patterson and I have come up with three of the most frightening days in the history of the presidency. And it could happen”, says Bill Clinton about his first fiction novel The President is Missing – a scarily authentic political thriller co-authored with the prolific writer.

Jonathan Duncan is the president of the title, a former army corporal and POW who’s in hot water for participating in a phone call with one of the most wanted terrorists in the world. Yet President Duncan has much bigger worries than a looming committee hearing; he’s trying to thwart a cyber virus that will devastate America and turn it into a third world country.

Following a meeting with what he initially assumes to be a splinter cell of the terrorist group, the president drops off the grid in a bid to stop the virus from detonating. To the world, the president is inexplicably missing, with not even the VP aware of his location, and as the hours tick down, Duncan has a race against time on his hands – one that will need the brightest hackers and cyber security minds working around the clock.

Combining taut suspense and cunning cyber warfare, Clinton and Patterson have crafted a behemoth book that’s never felt more relevant to our modern times. Set across three tense days, it utilises Clinton’s insider knowledge of not just what it’s like to be a president but also the inner mechanisms of how the White House and Washington works.

The story teases out the twists through short chapters that explore the terrorists’ motivations, as well as those of the president and his inner circle. The terrorists are the obvious threat but what’s scarier is the potential for adversaries closer to home, those hiding in plain sight or pretending to be allies, and the president has to consider everyone a potential traitor.

Told primarily through the president’s perspective, we feel every bit of his panic, as well as the infuriating calm of his opponents, who ooze arrogance as they plot to take down one of the world’s superpowers and somehow manage to stay one step ahead of the game the entire time. What we don’t feel is the mass panic of the American people, those who are helpless against such an attack and who would suffer the most, giving the novel a narrow, limited viewpoint.

Patterson’s fast-paced, tightly plotted storytelling never disappoints and it merges well with Clinton’s unique insight into the happenings that strike fear into a president’s heart, as well as the hearts of leaders and nations around the world. For a thriller, there are plenty of contemplative moments of morality throughout the book. “What does it mean to be an American today?” Duncan asks. “Shrinking the definition of them and expanding the definition of us. Leaving no one behind, left out, looked down on.” It’s a thoughtful, inclusive message in a story that feels like a scarily possible future. If only all presidents thought the same way.