Sic Semper Tyrannis. Thus always to tyrants. A phrase that’s used as a rallying cry against abuse of power, or, in the case of The 100’s latest episode, as an excuse to unleash chaos at every possible turn. ‘Sic Semper Tyrannis’ showed the characters at their most desperate, creating a storm of opposing sides grabbing power every which way they can get it and always fighting for their own best interests.

With Octavia poisoned and (temporarily) incapacitated, Indra attempts to seize power to avoid war while Bellamy betrays someone else he’s close to in Clarke by encouraging Madi to take the flame as a fail-safe when everything starts going south. Over in Shallow Valley, meanwhile, the tensions between McCreary and Diyoza have boiled over, and, with a little help from Murphy, exploded into a civil war. This week’s episode was action-packed and, yes, a little messy at times, but with just four episodes left of the season, it also served as a maelstrom of emotion heading into the final stretch – and proved that we still don’t know what these post-time jump characters are capable of doing to each other when their priorities don’t align.

For the first time all season, The 100 felt fairly equally weighted this episode, with half of our time spent in the Wonkru bunker, and the other half with the Spacekru prisoners in Shallow Valley planning their escape. But while the Spacekru – Echo, Raven, Murphy, Emori and special guest Shaw – are all largely able to carry on working together, the bunker is a mess of betrayals, scheming and desperation, and not for the first time, Bellamy and Clarke are at the heart of it. Forget about the Blakes and their conflicting ideologies of how to get to peace, ‘Sic Semper Tyrannis’ is a battle of the head and the heart, plain and simple, and it leads to Bellamy and Clarke clashing as they find themselves unable to work together.

Bellamy is right in saying this situation is no different to Clarke wanting to force the flame on Luna six years ago: Indra couldn’t convince Wonkru to follow her to peace, so they need a leader, and Madi can become a commander all the grounders would follow. It’s also not even the kind of tough decision that Clarke hasn’t made before, like when she was willing to let Octavia die when Mount Weather fired the missile on the grounder village in season two to keep Bellamy, their inside man, safe. And just as Clarke decided protecting Bellamy was the best call to make, Bellamy decides now that his priority is protecting Echo, Raven, Murphy and Emori – his family – and putting Madi in danger is a cost he’s willing to let Clarke and Madi pay to do so. The fact that this decision followed so closely on Bellamy and Clarke’s vow to do what needs to be done “together” is just a particularly devastating blow to Bellarke fans, everywhere.

But, although Bellamy seems to have gotten the hang of making decisions with his head (mostly), it’s still no match for Clarke’s determination and the force of her entirely heart-based decision, which sends her straight to Octavia where she ends up in an unlikely alliance to save Madi, and condemn Bellamy to the fate of a traitor. Despite Madi’s warning, Bellamy – and the audience – probably had no clue what it meant to have Clarke “never forgive” him until she marches in, slaps him and leaves him without a backwards glance even knowing he’s likely to be killed, telling Madi later that he’s made his choice. And the same goes for Octavia too; in the last day, she’s been betrayed by her brother, her former mentor and a close friend, her leadership has been threatened and she’s been at death’s door – and she’s not allowed to feel any of the emotion this brings with it until after she’s been Blodreina, sentencing three of her favourite people to fight to the death in the arena. Like Clarke, Octavia is trying to do the best thing for her people, even if it means sacrificing those personal connections. 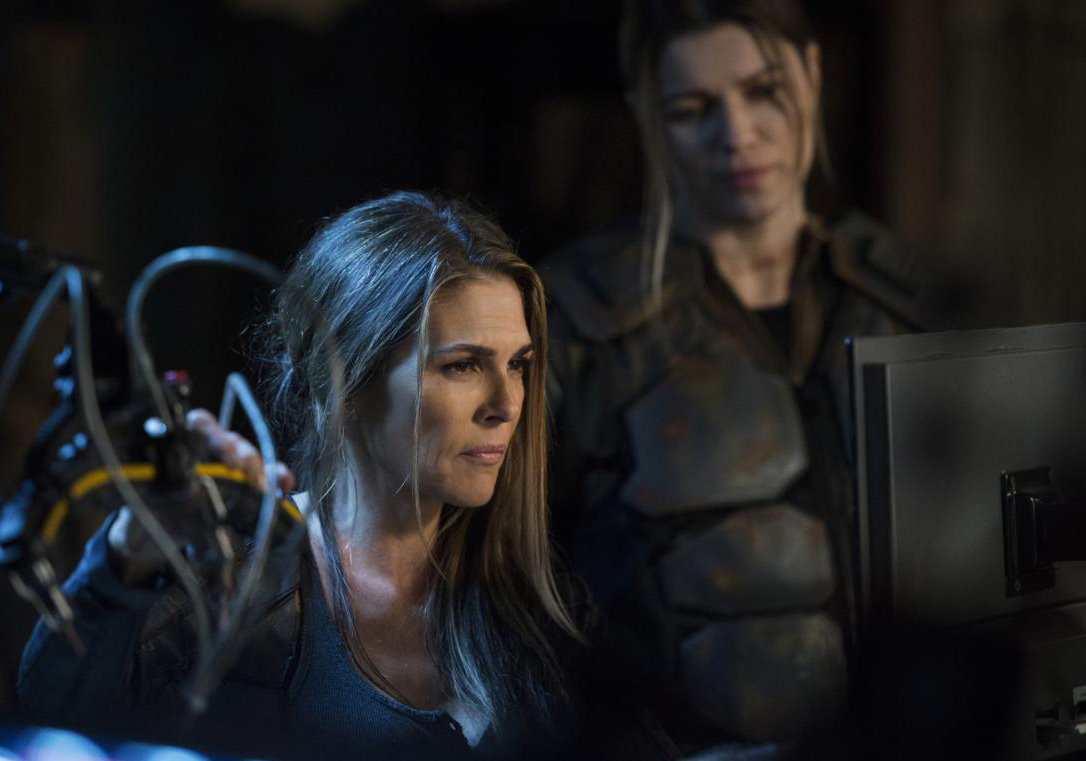 All of this works, and is so impactful purely because of the emotional connections of the people involved – both between themselves, and that the audience has for the characters – which also just happens to be one of the biggest drawbacks of the Eligius storyline this week. Sure, for Raven, Murphy, Echo and Emori’s sakes, we want to see this civil war unfold and we want the enemy to weaken itself by fighting each other, but when it comes to the internal power struggle itself, it felt more like a means to an end rather than something particularly meaningful to the plot; in the end, all it’s done is put the show in a position where both sides of this ever-impending war are more inclined to choose violence over any peaceful alternative, destroying any hopes of surrender talks from both sides anyway. Even so, the riot itself was brilliantly executed, and probably long overdue – and it helped that we got to see a bit more of John Murphy doing what he does best.

Speaking before the episode aired, creator John Rothenberg promised fans that ‘Sic Semper Tyrannis’ would be “game-changing”, and while it doesn’t feel like we’re in an all-too-different place than we were at the end of the last episode – war on the horizon, traitors threatening Octavia’s command, a favourite character facing death for being an enemy to Wonkru – a lot of elements have certainly shifted to turn The 100 on its head. Kane and Diyoza’s hopes for a peaceful life on earth seem further away than ever now that McCreary has taken over Shallow Valley and, while the imprisoned Spacekru have escaped, there’s an uneasy tension between Echo and Raven now that threatens to tear their family apart from the inside. Bellamy, too, is at his lowest point, while Octavia spent this episode proving that she’s not as emotionally-closed off as we’d been led to believe.

But the biggest game-changer by far is the re-introduction of the flame and Madi channeling the wisdom of the past commanders – Lexa included – following her ascension. Love or hate the flame storyline, bringing it back now introduces another fascinating side to the war to come. Already, it’s been proven that the grounders will follow a true commander and already it feels like the dynamics in Madi and Clarke’s relationship are shifting as a result. There’s no doubt bringing the flame back will only bring more conflict to an already fractious group but, as Echo said, internal conflict has a way of strengthening sides, and there are four episodes left to see how, exactly, that could play out.