Book Review: The Girl in the Green Dress by Cath Staincliffe 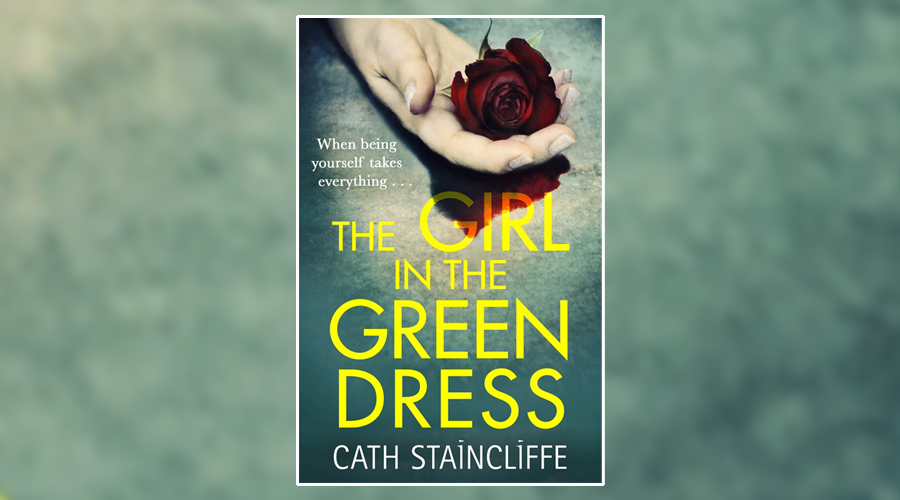 Cath Staincliffe’s The Girl in the Green Dress is not your average crime thriller. More police procedural than whodunnit, this novel is less about tracking down elusive suspects and more about the sheer horror of the crime itself – being, as it is, a hate crime – and, in doing so, Staincliffe has created a heart-wrenching story of family, love, hatred and discrimination, and brought new meaning to the tired old ‘girl’-in-the-title trope.

The novel opens as 18-year-old Allie Kennaway takes a break from her exams to enjoy the school prom with her best friends, only Allie never returns home. Instead, she’s found beaten to death in a side street – the apparent victim of a hate crime because of her transgender identity. But as the details of the murder begin to come together and the investigation begins to point to two main suspects, the novel delves deep into questions of loyalty, justice and acceptance among the families caught up in the most horrific of circumstances.

Through a wealth of characters, Staincliffe delivers the story from multiple perspectives, including Allie’s grieving family, the hardworking detective leading the investigation and the worn-out single mother of one of the suspects, and she doesn’t shy away from sharing the very different points of view of everyone involved. Because, while on the surface The Girl in the Green Dress is ultimately about the solving of a murder and convicting the perpetrators, it also highlights the very real prejudices of individuals all over the world when it comes to the LGTBQ community, and transgender people in particular.

“Donna looked unflinchingly at the girl, noting the bloodstains, like dark poppies, on her dress […] Someone’s daughter, someone’s friend. A girl who had come into town for a night out, all dressed up, no doubt smelling sweet. A girl like any of the others who thronged the clubs and bars on pavements this Saturday night.”

It’s a heartfelt story that’s well-written, with Staincliffe capturing the painful grief of Allie’s father and sister just as easily and in as much realistic detail as she captures the crafty intelligence and spiteful nature of the father of one of the suspects, a man who’ll stop at nothing to ensure his son does not go down for this crime.

However, just because it tackles an important subject, it doesn’t mean there aren’t problems with the novel too. Among the characters, for example, Jade, one of the investigating officers, has one of the most interesting and diverse voices by far but she isn’t given enough of a role in the story to justify so many of the added elements to her character. Jade’s backstory offers enough of a draw to warrant Jade having a novel of her own, from her growing up in a childrens’ home and her quid pro quo relationships with some of the criminals of Manchester to the revelation that she’s taking antipsychotic medication. But among the four other voices telling the story of the investigation and the impact of this devastating crime, Jade’s big personality feels misplaced.

Even so, this is a novel that feels very well-placed in today’s social climate, reflecting the increase in hate crimes and referencing real-life crimes, such as the murder of 20-year-old Sophie Lancaster for being part of the goth subculture in 2007, as a stark reminder that not every element of this novel is as fictional as we’d like it to be.

With The Girl in the Green Dress, Staincliffe presents a heart-wrenching, poignant story of a life taken too young and for senseless reasons, but it shines in its character exploration and its eye-opening treatment of sensitive topics. Anyone expecting an undiluted crime novel will be left disappointed, but for everyone else it’s a gripping story and one worth reading.