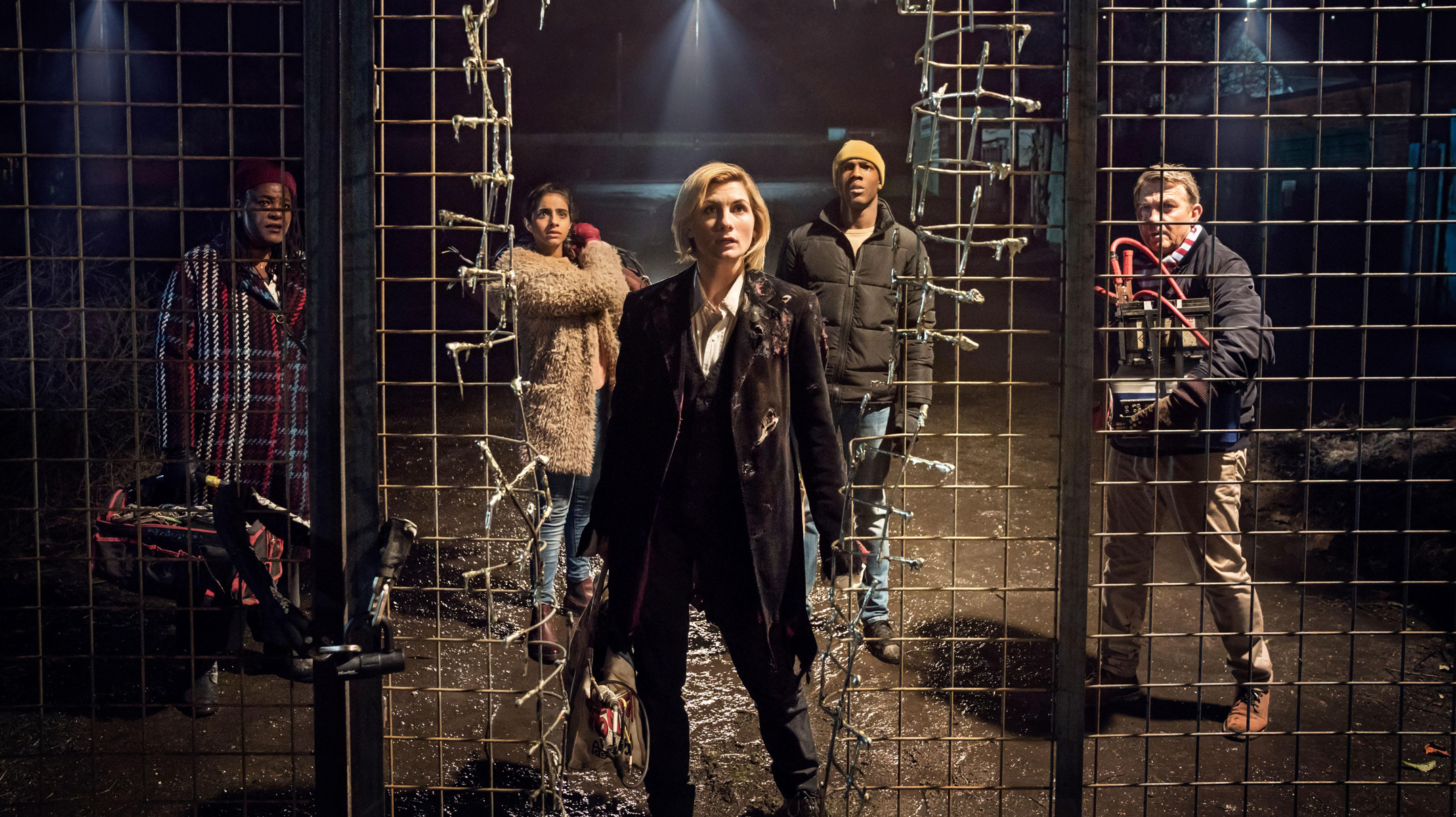 Picnicking with Hot Potatoes and Sultanas in Melbourne

It seems like forever ago that Jodie Whittaker was actually announced as the new Doctor, sending shockwaves through the fandom and the TV world. Of course it had been rumoured for a number of years that a female Doctor could be on the cards but the real question was would they ever actually go through with it? It’s a huge change after all and a calculated risk at best, potentially alienating some of the existing fans while throwing the show out to a whole new audience. The discussions surrounding Whittaker’s casting have been heated to say the least, with months of people either claiming it to be the best thing ever or that the show has been ruined forever.

Thankfully now the time has come for the talk to be over and for everyone to get the opportunity to judge by watching the show itself. I consider myself to be a Doctor Who fan first and foremost, rather than some who would see themselves as a David Tennant fan specifically for example. While Tennant is undoubtedly my favourite and the man who made me truly fall in love with all things Who, I have enjoyed all of the Nu-Who leads and thought they all had their own plus points, while I’ve even grown to appreciate Classic Who far more than I used to when I was younger. So seeing Whittaker in the lead role isn’t the show ruiner to me that it may be for others. All I personally want from the show is good actors with good scripts to work with.

With that in mind, how does ‘The Woman Who Fell to Earth’ stand up to previous episodes? Firstly, if you’re a regular watcher then you’ll know to lower your expectations slightly for anyone’s first episode because they’re very much an introductory piece. They’re never going to reach the heights of the best that the show has to offer, but I’m pleased to say that the first entry in the Chris Chibnall era is everything that is good about Doctor Who. It’s funny in the best British way possible, quirky, energetic and, best of all, it’s actually very tense in places. For me Who is at its most addictive when there’s a genuine fear factor and the cinematography and score comes together to create an atmosphere that has been missing for quite some time. Jamie Childs’ direction brings a familiar and yet fresh feel, which is a difficult balance to maintain but really made it feel like they wanted to start again from the ground up without losing the heart of the show. 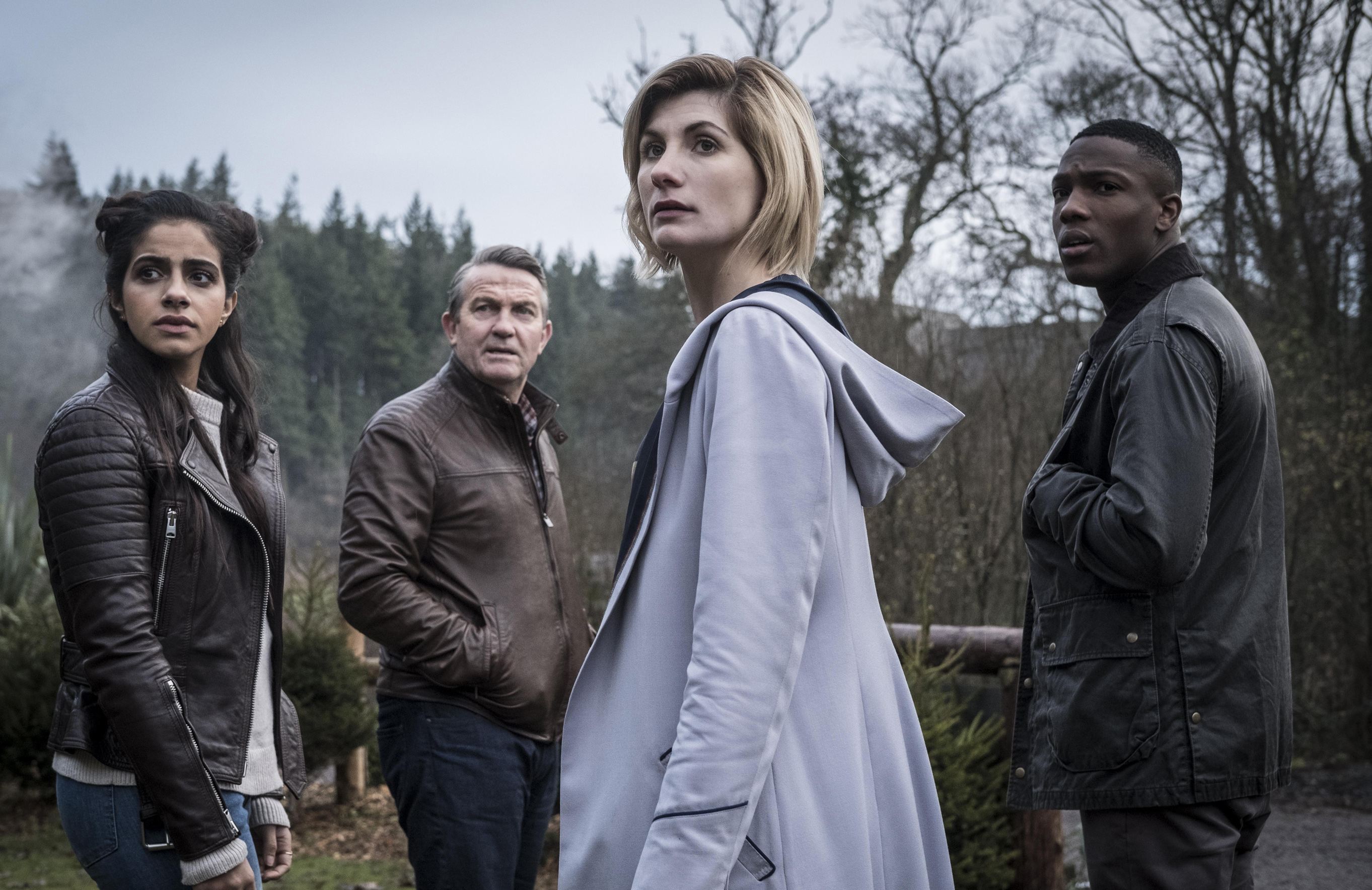 One of my main issues with the Peter Capaldi era was that many of the stories never felt good enough for him. He’s an exceptional actor and a huge fan of the show, so his enthusiasm and capabilities were never in doubt, but for whatever reason it took a long time for everything to gel and really feel like it was going somewhere. Here it feels like everyone behind the scenes has come together and they have a far better idea of what they want to be now and how to utilise Whittaker and the supporting cast to the best of their abilities. As great as Whittaker is as the first female Time Lord – and you forget in seconds that she hasn’t been doing this for years – she’s not alone and the ensemble cast is a great way of widening the appeal of Doctor Who. After all, it’s a show about space and time and the possibilities should be endless, so I like the fact that there’s diversity when it comes to the cast.

If you’ve never seen Bradley Walsh in anything other than The Chase then I’m sure you had your doubts but having seen him in Law & Order previously, I knew he was a solid choice. He’s a surprisingly versatile actor with a likeability many could only dream of having and, much like the show itself, he’s got a humour and genuine emotion that really gets to you. Graham (Walsh) is immediately established as someone you can rely on and a strong family man, almost reminding me of a Wilf (Bernard Cribbins) type character. Walsh’s work with Sharon D. Clarke is one of the highlights of the episode and brings a necessary case of reality to an often unworldly story. That’s not to say that the sci-fi elements are bad but they have the most impact when the tales are grounded in something we can all relate to. That’s why Ryan (Tosin Cole) works so well with his YouTube videos and family ties, as it’s something a lot of viewers will empathise with and see in their own lives. Mandip Gill as Yasmin also brings the strong female character to the table and will no doubt give Whittaker a run for her money throughout the series.

So does ‘The Woman Who Fell to Earth’ live up to expectations or confirm the fears that Doctor Who can’t survive with a woman at the helm? As a series opener I can’t really fault it. I certainly found it far more interesting than a lot of previous episodes. It managed to introduce a lot of new characters in a way that made us like them and want to see what they get up to. Whittaker got her time to shine and grab the role for herself but never overshadowing anyone else. The storyline may have been slightly unoriginal but Tim Shaw was genuinely scary at times and “Eat my salad, Halloween!” is the new meme we all deserve. I love the new score and the new theme, which sounds more classic than I could ever have hoped for, so credit to Segun Akinola and company for their efforts. And more than anything, people are talking about Doctor Who and that’s got to be a good thing.

Only time will tell as to the true success of Jodie Whittaker and the journey of the first female Time Lord but I can definitely confirm that neither she nor Chibnall, or anyone else involved, has ruined Doctor Who. Of course, it’s not for everyone but when has it ever been? What they’ve done is taken a beloved national treasure, put their own spin on it but remained true to its legacy. This is Doctor Who, slightly as you know it but ready to jump firmly into the modern era. Whittaker’s casting is no stunt casting or ticking boxes or anything like that. Everyone involved is clearly committed to making the best show they can and with such an exceptional cast and crew, I’m genuinely excited for the future. If you’re a Who fan or a Jodie Whittaker fan, or just a sci-fi fan in general, then give the new series a shot. Otherwise you could be missing out – and this is one journey you don’t want to be late for.

Picnicking with Hot Potatoes and Sultanas in Melbourne