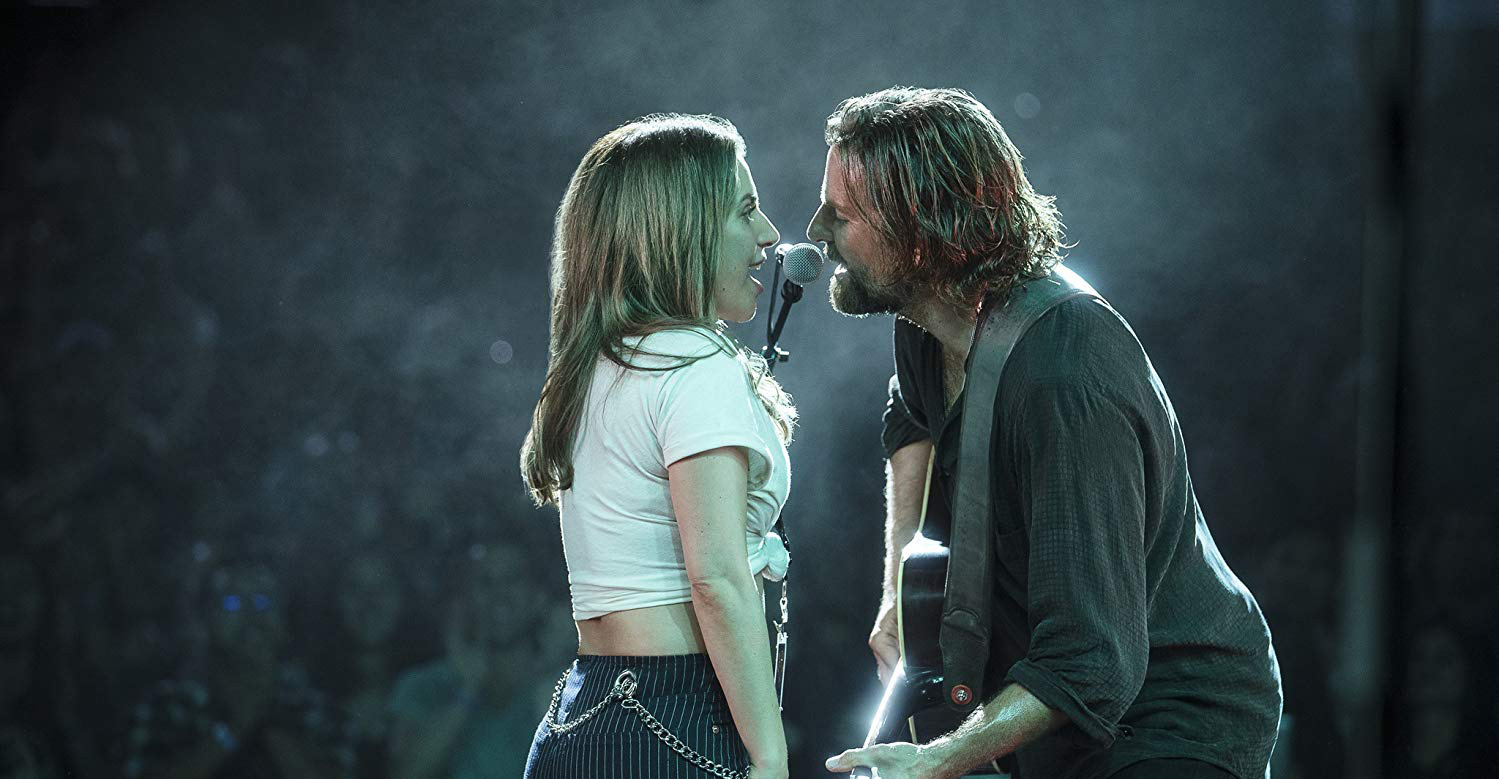 There’s no denying the marketability of Bradley Cooper’s A Star is Born. The enormously successful Lady Gaga in a starring role opposite the Oscar-favourite himself was a sure-fire hit. But if, like this reviewer, you’re not an owner of a Gaga album and Bradley Cooper has never convincingly justified his position among the “best” actors of the year, then assuming he’d make a credible director seemed a long-shot at best. Thankfully, A Star is Born, unexpectedly and satisfyingly, manages to come out the other side as a passionate, mesmerising and riveting tale of live music, love and the trappings of fame and fortune.

Jackson Maine (Cooper) is a big deal. He has sell-out tours and a life that carries him wherever he wants. Glassy eyes and a bottle of alcohol by his side, his impulsive decision to kill some time at a drag bar introduces him to the wide-eyed beauty, Ally (Gaga). One night of drinking, chatting, song-writing and singing brings the two together and their fate is sealed when Jack whisks her away to his live-show and pulls her on stage to perform ‘Shallow’. Jackson’s relationship with his brother and manager (Sam Elliot), is strained and alcoholism and drugs break him in two, time and time again. But Ally stands by him, as she becomes a star in her own right. Her move from the shadows of Jackson and into the fluorescent, neon-lit pop-stardom that beckons is swift. Dancers, photoshoots and fashion surround her flourishing music career while Jackson, only getting older and disillusioned, resents a lifestyle he doesn’t recognise. Something has to bring everything to a close.

The thumping bass drum and a rough, angry guitar strum begins the film. Jackson Maine’s music may not be as memorable as Ally’s, but it sure beats an addictive tune. It’s exciting and entertaining, holding the crowd in the palm of his hand. The opening act of A Star is Born dispels any fears you may have; Gaga is stripped back to tousled hair and a workers uniform. Her innocent face and likeable, Cinderella-role in her father’s house is authentic and believable. The reality that Lady Gaga has released five albums, and sold well over 146 million singles with stadium sell-outs worldwide, is difficult to believe – when we meet Ally, she’s told it’s “her turn” to take out the trash. Equally, Bradley Cooper doesn’t have to be a man in his prime when we meet him. Jackson Maine is an accomplished musician, sure, but any shortcomings of Cooper’s performance can be forgotten as the character is stumbling from each location to the next.

Then we have to consider Bradley Cooper’s role behind the camera, as he turns his hand to directing. Confident and comfortable, he balances the duality of both characters sensitively. A dancer silhouette in the background of an onlooking spouse; a smart twist and turn from a swimming dive, the swim away and an exit from the pool; an intelligent choice of continuous shots, holding on the subject so that we’re stuck with them throughout a single, often painful, moment. There is a sense that the director is possibly playing a little too much with the camera but it succeeds in not overshadowing the story or distracting us from the stars on show. Undoubtedly, he’s an actor’s director, making time to pick up character moments that might otherwise be side-lined for pace – just wait for the moment Jackson meets the eyes of Ally…

When La La Land was released, the lack of a strong singer in both lead players never sat comfortably. A Star is Born, in contrast, has an incredible singer and pulls back from her dominance early on. When we reach the finale, the strength of Lady Gaga is on a par with Whitney Houston. We need to believe in the star and, for this story, it is vital for us to relate to the wonder and beauty of such a skill. A Star is Born will be lingering in the cinemas throughout awards season and the soundtrack will inevitably sell through the roof. Gloriously cinematic, A Star is Born dominates the big screen and reinvents a tale that is its own beast and still self-aware enough to pay respect to the versions that went before.