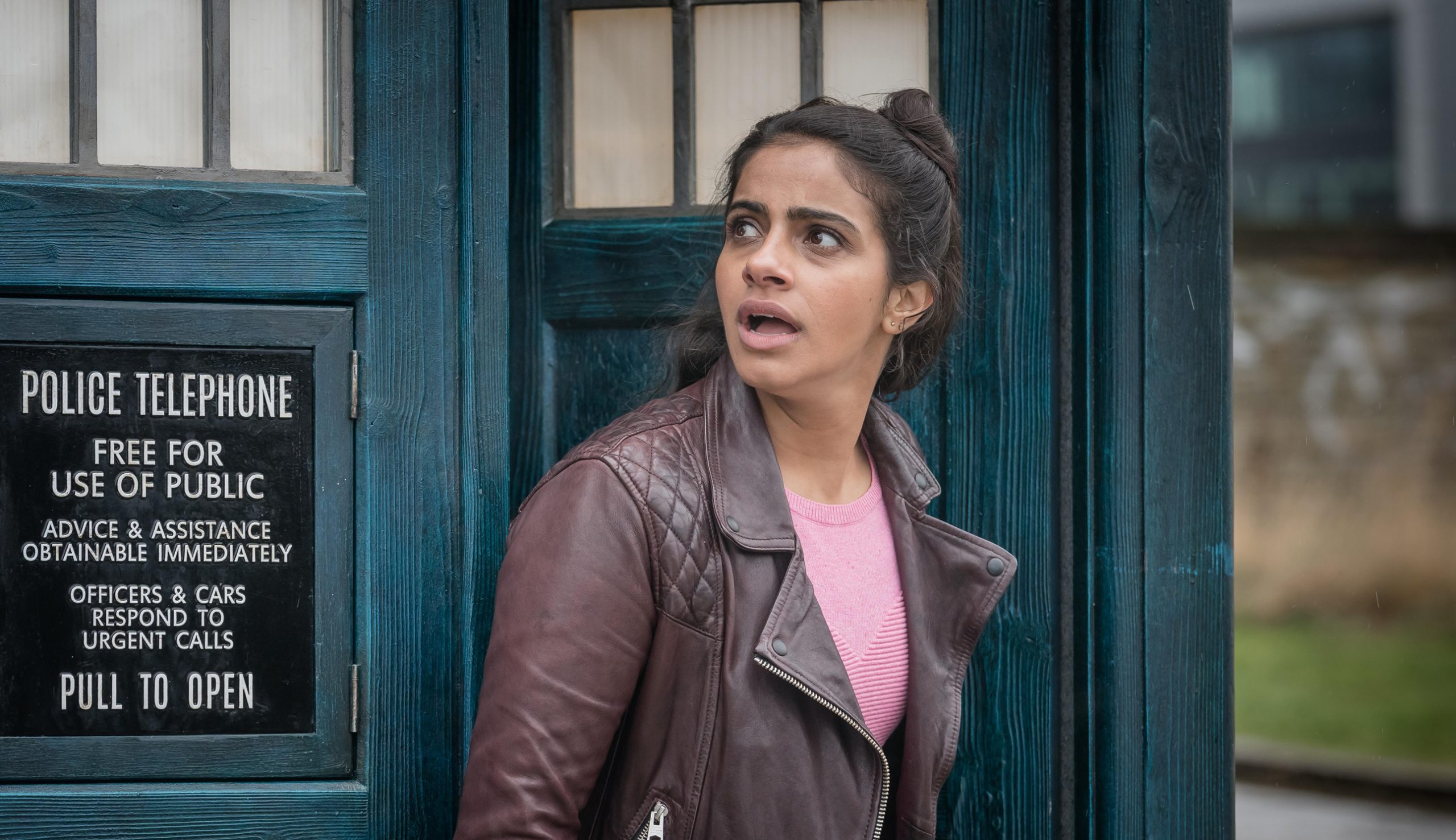 Based on the trailer and description it’s easy to overlook ‘Arachnids In The UK’ as a simple monster-of-the-week episode with no substance whatsoever, especially after the emotional depth and historical significance of ‘Rosa’ last week. In fact I was fully prepared for this episode to be the first blip on the Whittaker era; a seemingly daft entry with dodgy CGI and questionable humour. However, I’m happy to put my hands up and admit when I’m wrong and that’s certainly the case with the Sallie Aprahamian directed story which allowed Chris Chibnall to broaden his writing horizons and provide something completely different. How many other shows could go from a heavy episode based on racism to something about giant killer spiders?

I’ve previously confessed my love for all things horror in Doctor Who and I must say that I wasn’t expected ‘Arachnids In The UK’ to be quite as scary as it was. I’m not too bothered by spiders myself, and they’re one of those things that can look pretty ridiculous on film and TV, but Aprahamian’s direction mixed with Segun Akinola’s score meant that there were plenty of genuinely tense moments where you felt as if there was real danger and that’s really important in a show like Doctor Who. Admittedly, you never feel like the Doctor herself is in trouble but there’s always plenty of supporting cast who are easily expendable. That’s not to say that they’re not important as many of them are but it’s likely there’ll be some casualties along the way. That’s one of the toughest things about being the Doctor after all.

Those disappointed in the representation of Yasmin (Mandip Gill) in previous episodes must have been extremely happy at her being the focus of the story back on Earth. Yes, despite all her issues driving the TARDIS, the Doctor finally made it back to Sheffield. How do you explain Yas, Graham (Bradley Walsh) and Ryan (Tosin Cole) being away for so long? Simply return them to their families with a minimal amount of time having passed in their realities. Easy, isn’t it? The moment of returning home isn’t easy though as that reality is full of everything they’ve been through previously including Yas’ difficult relationship with her family and Graham and Ryan having to deal with the loss of Grace. On the flip side, the Doctor has a sense of loss returning her newfound friends to their own lives. The TARDIS is a massive place just for one person, even if it does mean not sharing the biscuits.

Obviously the most exciting thing about ‘Arachnids In The UK’ wasn’t the spiders themselves but Mr Big himself, Chris Noth. Far less sexy than his previous role, Noth played the sleazeball Jack Robertson to perfection. You can say the comparisons to Trump and gun control etc were a little on the nose but important issues to deal with nonetheless. It’s not like the Doctor’s anti-violence stance hasn’t been re-visited many times before, but here it was more grounded in reality and even used for a surprisingly emotional moment involving a spider. Who knew we could feel sorry for killer spiders? In fact the whole episode was quite surprising in its execution and I really enjoyed the fact that it wasn’t necessarily predictable or just a one note story but instead juggled a number of ideas and genres. 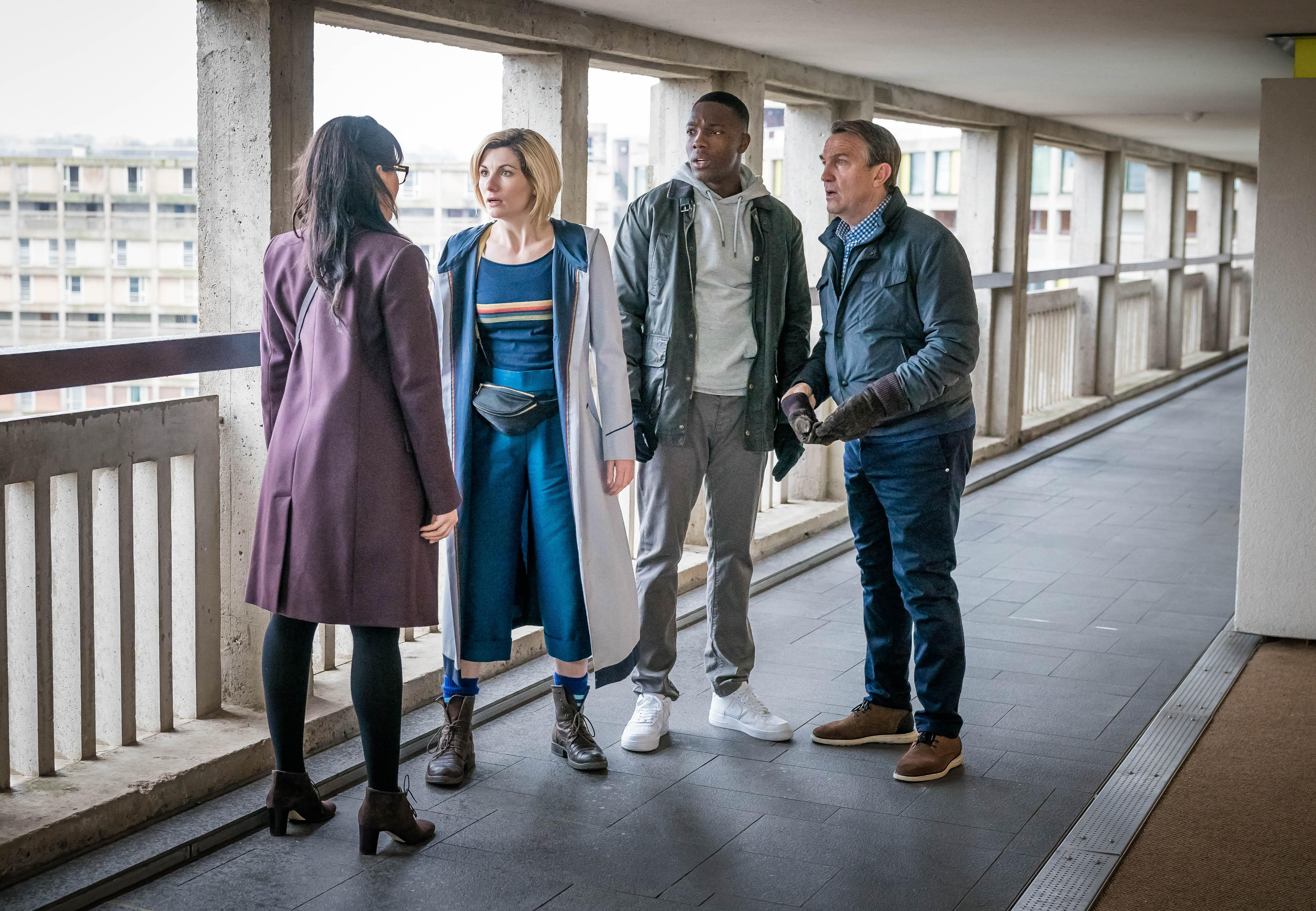 As well as Noth, it was also a pleasure to see Shobna Gulati pop up as Yas’ mum Najia, which again gave our young companion/friend/whatever we’re calling them these days a little more depth. Najia, her husband Hakim (Ravin J Ganatra) and their other daughter Sonya (Bhavnisha Parmar) make for an interesting family to say the least, and it’s easy to see why Yasmin feels a little out of sorts. While she is close to all of them in her own way, she does feel like she’s always fighting for approval and quite trapped in her own life. If it’s a choice between an unhappy existence in Sheffield or some quality adventure time with the Doctor and her newfound pals, then it’s a pretty easy choice.

The real highlight of ‘Arachnids In The UK’ was Bradley Walsh, who continues to prove himself week after week as a highly capable actor far beyond the man we all know and love on The Chase. Again, this comes as no real surprise to any fans of Law & Order UK, but he’s clearly winning his doubters over with every story. Graham is not only a likeable character but relatable in so many different ways. His excitement at various moments mixed with those when he’s unsure is basically how we’d all react to these situations. Plus the sadness of returning home to an empty house where Grace’s voice echoes serves as a constant reminder of what used to be. For all the craziness with the spiders, it’s Graham’s emotions that ground the episode, serving as a reminder that regardless of how many journeys anyone takes in the TARDIS, it doesn’t change who we are as humans. Time is a healer and that’s something the Doctor has a lot of.

Talking of humans, there aren’t many Doctors that have felt more human than Jodie Whittaker’s and I don’t think that’s a bad thing. Of course there are plenty of humorous moments where she doesn’t really ‘get’ our cultures etc, but Whittaker’s acting – where she’s about to lose everyone and then gets invited to Yas’ place for food – captures perfectly what it’s like to be human. That was a moment we could all relate to. More than ever it really does feel like a TARDIS team where everyone brings something to the table and their own individual traits to deliver something exceptional when they’re all together. They scream together, they laugh together and they support each other and it’s that combination that really makes it a winning formula.

Was it the most inventive or best resolved story? No, of course not, and it was never going to be the best with giant spiders involved. But it was far better than it had any right to be and delivered humour, dramatic pieces and, most importantly, more insight into our Doctor and friends. It’s almost impossible to be against them now. They’re such an enjoyable and infectious crew that encapsulate everything that Doctor Who stands for. Diversity is at the forefront, as it should be, whether it’s race or gender or sexuality, and everything feels like it has a new energy. This is a series that can stand strong on its own merits without having to rely on the past too much and that’s something everyone should be really proud of. This no longer feels like a show with a new cast and that’s a huge compliment only four episodes in.