If you were to ask me what truly made me a Doctor Who fan in the first place then I’d probably put it down to ‘Blink’, the third series episode featuring Carey Mulligan as Sally Sparrow. As horror has been my favourite genre for many years the story really appealed to me and showed me how versatile the show could be. There was something quite brave about the ‘Doctor-lite’ approach to ‘Blink’, putting the focus on a whole new character while leaving The Doctor and his companion to the background for the most part. With that as an introduction I then went back and enjoyed some of Tom Baker’s episodes such as ‘The Talons of Weng-Chiang’. Doctor Who is at its best when it manages to scare the pants off you. I may not have hidden behind the sofa but I can see why many have.

Beyond all the werewolves, vampires and various creatures that have existed over the years in Who lore, the real terror has always been grounded in reality. Something like the London Blitz in ‘The Empty Child’ is far more jarring than life on a spaceship because we can relate to it and know that these difficult times really existed. To that end it’s no surprise that this week’s episode, ‘Rosa’, was one of the most effective, emotional and terrifying stories in the history of Doctor Who. It’s easy to think of scary tales being about people chased by monsters but what’s scarier than our true history and the terrible treatment of our own kind? Admittedly it was also an episode that brought a sense of pride and hope in some ways but the fact that we ever treated people like that in the first place – and not that long ago – is something more horrifying than any monster of the week a writer could conjure up. While not an episode made for a spooky Halloween, I can only imagine how disturbing it must be to watch such a reality as a POC. It’s one of those episodes that will resonate differently with different people.

As soon as Malorie Blackman was announced as being a writer for Chris Chibnall’s new series I knew we were in for something special. Known for the Noughts and Crosses series, which addressed racism to a young adult audience, Blackman also took on the role of Children’s Laureate from 2013 to 2015. She has been hands on in trying to push literature in strong and varied ways, encouraging the development of diverse character lists and stories that break down boundaries. It’s no surprise then that these ideas have made their way to Blackman’s latest involvement in TV, after also working on shows like Byker Grove and her own works Whizziwig and Pig Heart Boy years ago. Blackman’s work not only serves as an education to those not familiar with Rosa Parks but as a timely reminder to everyone else that not only was Parks integral to the start of change, but that the journey is far from over even now in 2018. Even with Doctor Who itself, which has become more diverse than ever. 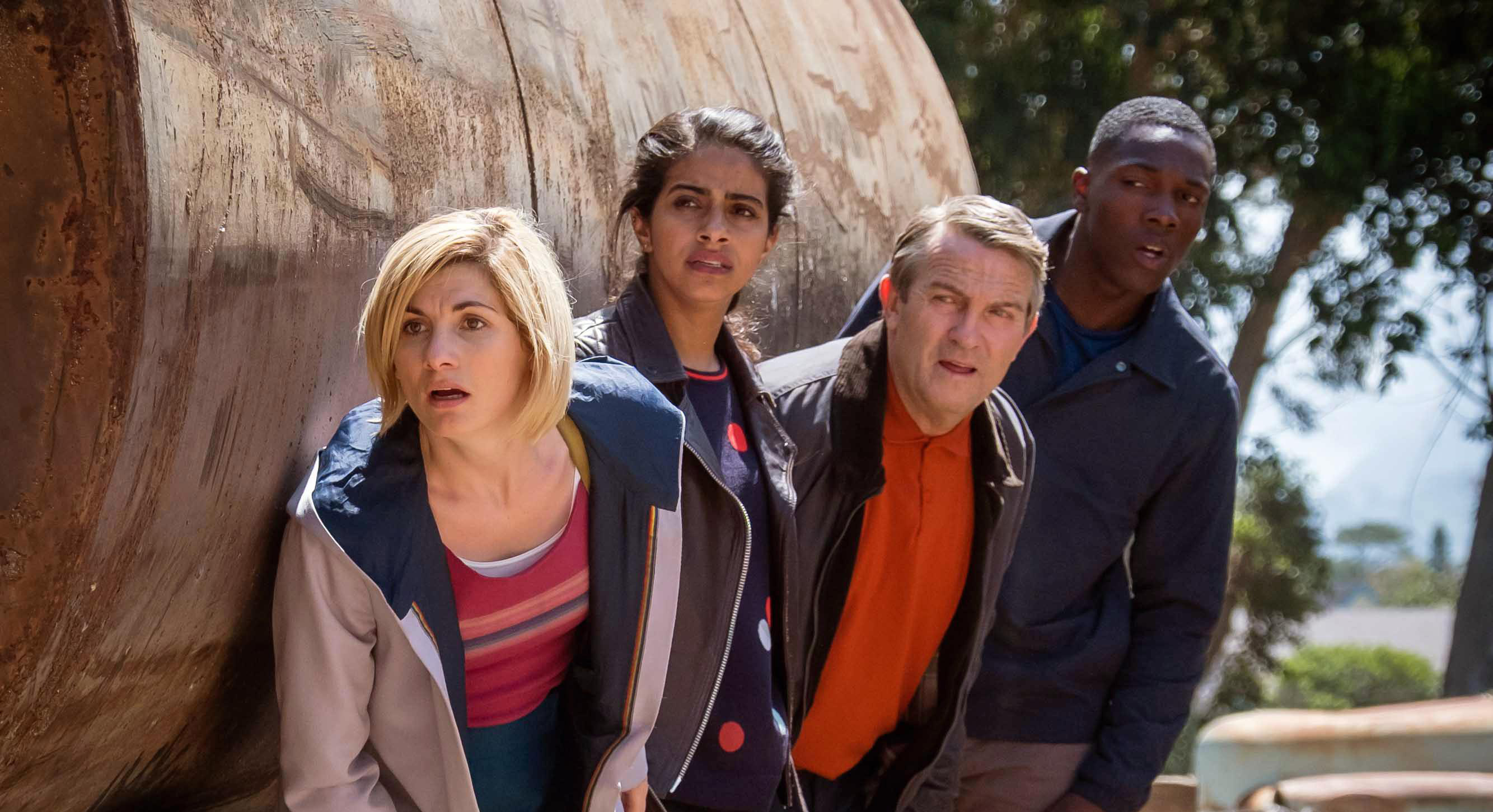 Clearly The Doctor (Jodie Whittaker) is still dealing with some post-regeneration issues as her TARDIS flying wasn’t entirely accurate in trying to get the gang back home. Thankfully Graham (Bradley Walsh), Ryan (Tosin Cole) and Yasmin (Mandip Gill) seem more than happy to tag along on a few adventures. I must admit I’m enjoying the group of friends more with every episode and we’re slowly peeling away the layers of the new characters. They have good chemistry and all bring something different to the table. Walsh is especially good at the parent figure role and it’s nice to have someone like him on board. This week’s episode had more of an impact on Ryan and Yasmin however, as they soon realised that walking around in Alabama in 1955 certainly wasn’t the same as their lives in Sheffield in modern times – or is it? One of my favourite scenes was a reflective moment between them both, considering how they are treated differently back home and the importance of keeping the fight going. Hearing derogatory terms used about them was shocking to hear so casually and yet that’s exactly what many have suffered through over the years.

‘Rosa’ was an episode is less about science fiction – although time travel obviously still ticks that box – and more about The Doctor seeing the worst of Earth and how primitive we have been as humans. It’s not the first time that’s been shown but it’s one of the most impactful episodes ever delivered in Doctor Who history, and that’s saying something. Parks’ story by itself is important and significant enough to deliver that necessary punch, and it’s treated with a subtlety by composer Segun Akinola and the direction from Mark Tonderai. This is a far cry from the same show that can be flashy and mad on action, much like Whittaker’s Doctor has been at times in the previous episodes. Here everyone realised that the message speaks for itself and it just needed a simple framework to exist in. Throw in an intriguing performance from Joshua Bowman as Krasko and you’ve got enough to work with. Bowman had a great balance between villain and curious time traveller with the charisma to make him someone you hope will return in a future episode. He may have failed in his mission to derail Parks’ momentous decision but you get the feeling that’s not the last we’ll be seeing of him.

No review can really do this episode justice. It’s one of those pieces of television that just has to be seen and experienced and felt. It gets to the core of a hugely important issue and shows Doctor Who at its emotional best. I’ve seen criticisms about the show now being too childish and needing to be on CBBC, or the acting being dreadful, but I’m starting to think these people are watching a different show to me. There’s nothing childish about racism or the emotion portrayed by Vinette Robinson as Rosa. Her facial expressions make her words and actions even more powerful and the story goes way beyond appealing to small people who would love to play with action figures of the new Doctor.

Once again, Whittaker is fantastic but this is about showing that Rosa is as much of a hero as The Doctor is and it’s her time to shine. Arguably this series has been one of the least kid friendly ones in recent years as the opener was intense and we’re now dealing with real world issues too. For me this was not only the best episode of the series so far but deserves to be one of the most highly regarded stories in Doctor Who history. The bar has been set now – good luck to Chibnall and co for the rest of the series.