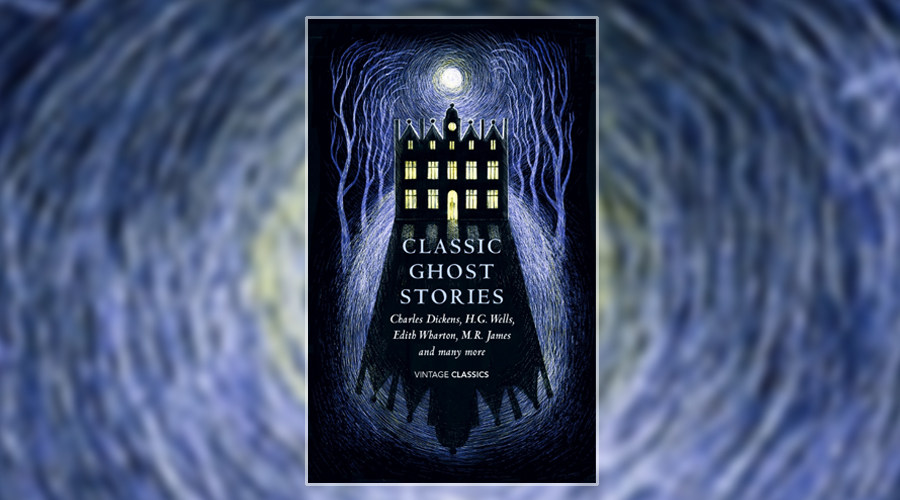 There’s something undeniably addictive about ghost stories. That shadowy presence in a dark corner, or the pale reflection of a figure in the window when there’s nobody in the room. Sure, soul-sucking monsters that climb out of walls and lurk under beds are the stuff of childhood nightmares, but it’s the classic Victorian ghost stories – where apparitions appear when you least expect it – that have a lasting effect.

Classic Ghost Stories: Spooky Tales to Read at Christmas is a collection of nineteen ghost stories from some of the most celebrated authors of the nineteenth and early twentieth century. The eerie cover draws you in and sets the spooky scene immediately with an absolutely timeless ghost story from a master of such tales: Charles Dickens.

First published in a Christmas edition of British periodical All The Year Round, The Signalman is a short supernatural story about a railway signalman who recounts his haunting encounter to the narrator. Three times, his alarm bell rings as a warning of impending danger and each caution brings the appearance of a spectre, which is followed by a devastating accident. It isn’t until you reach the end of this ghostly harbinger tale that you realise just how clever it is – but then it is Dickens, and he had a knack for smart foreshadowing.

Having suitably spooked readers with that opening tale, the book moves on to classics from other influential authors whose ghost stories continue to shape modern storytellers; from Mary Elizabeth Braddon’s At Chrighton Abbey and In the Dark by Edith Nesbit to The Red Room by H.G. Wells and They by Rudyard Kipling. If there’s one thing these stories have in common, it’s that they veer away from straight-forward horror and the now conventional depictions of spirits; Edith Wharton’s The Triumph of Night being the perfect example of this.

Some of the tales are on the gloomier side (M.R. James’ A Warning to the Curious), whilst others – like O. Henry’s superb The Furnished Room – have crafty little twists that will make you smile with satisfaction when they’re revealed. You can always rely on Vintage to deliver a beautiful classic book and this anthology of definitive ghost stories is one you’ll want to treasure. It’s guaranteed to give you chills as we head into winter and the festive season.