Book Review: Our Memory Like Dust by Gavin Chait 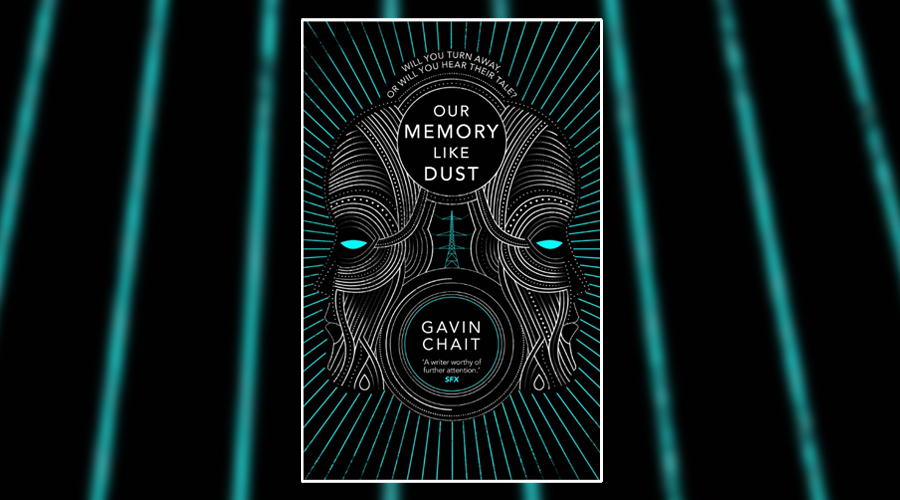 Why do we tell stories? To hold on to what has been loved and lost, to create new myths, to explain and teach in ways that seep into memory.

Gavin Chait’s debut novel, Lament for the Fallen, introduced readers to the author’s poignant, poetic and philosophical science-fiction storytelling. It blended traditional African fables with a unique vision of far-future societies, exploring the cost of war, the importance of peace and the power of stories passed through generations. What made it such an enthralling read was Chait’s ability to contrast tales of simple village life with futuristic adventures across space.

Our Memory Like Dust continues that exploration of myths and stories; those we hold close to our hearts, those we share with loved ones, and those that pass from person to person like Chinese whispers, altering with each retelling. Whilst it lacks the exhilarating space-age wonder that made Lament For the Fallen such a captivating read, it’s a story that feels more rooted in the global issues plaguing our world at present, despite being set in a dystopian, technologically advanced future.

Regardless of whether you’ve read Chait’s first book, Our Memory Like Dust is a challenging novel to get stuck in to. The first few chapters jump between characters, locations and conflicts with a speed that will give you the literary equivalent of whiplash, and it takes a dedicated reader to persevere when there doesn’t seem to be a central focus or key character to drive the plot forward. Keep reading though, and the connections between all these arcs begin to form.

Emerging from the complicated opening as the story’s guiding light is Shakiso Collard, an aid worker who witnessed the horrors of Benghazi and the refugee crisis first hand. Having taken a year sabbatical after being betrayed by her boss, Shakiso travels to West Africa to lead the relief effort and stop 200 million refugees from fleeing the country and heading for a fragmented and hostile Europe. Whilst there, she’s dawn into a fight against the world’s largest energy company, Rosneft, and the Ansar Dine jihadis who are searching for a crashed convoy of planes believed to hold billions of dollars worth of drugs and weaponry.

“Our memory is like dust. It is carried far, sticks tightly and lingers in the past, present and future. Who is to say from where the dust has come?”

Shakiso isn’t the only character the story follows – the chapters flit between the jihadi fighters, corporate CEOs, ambassadors to various countries, and the Rosneft rival organisation led by the mysterious Simon Adaro – but she’s the dominant and humane voice throughout. Weaved into the story at intervals are the mythological fables that give the story meaning, showing us that the things we forget are just as important as what we remember.

Chait tackles topical themes with intelligence and sincere understanding, but Our Memory Like Dust lacks the coherence of Lament for the Fallen. The multiple stories do eventually all come together at the end but there’s almost too much happening all at once, and it doesn’t make for a smooth reading experience. However, the narrative evens out in the final third and it makes for a rewarding, if a little bittersweet, denouement.

In his author’s note at the end of the book, Chait says he “set out to tell a story of how dramatic social change will re-forge our sense of community and identity, and of how memory and history choose their own heroes.” In these worrying times, where human beings risk their lives to cross vast oceans in search of safety and world leaders seem doomed to repeat history’s mistakes, Our Memory Like Dust carries even greater significance.