Book Review: Lament For The Fallen by Gavin Chait

From advanced technology and human evolution to alien species and interplanetary exploration, science fiction books have explored it all, in what feels like every imaginable (and often unimaginable) way. It’s the lack of originality in so many future-set novels that makes it so exciting when you stumble across a book like Gavin Chait’s Lament for the Fallen, an adventurous and richly detailed sci-fi tale with a profoundly peaceful message at its core.

When a strange object tumbles from the sky and crashes in the jungle near the West African village of Ewuru, the villagers rush to the landing site. Instead of finding a piece of fallen debris from the stars, however, they discover the wreck of a black and grey vessel, and inside, the body of a man. He’s injured beyond human healing abilities, but this is no ordinary man, and mending his broken form is the least of his problems.

The villagers know it’s only a matter of time before the merciless warlord sends his bloodthirsty militia to the crash site, so they hide the man and his space pod, and replace it with a credible decoy. As expected, the men with guns arrive in the village two weeks later, only to find a sizable boulder amidst the crushed trees. They take a sample from the rock and leave, the sense of dread and danger lingering in their wake.

With the immediate threat lifted, the villagers learn more about their unanticipated guest. His name is Samara and he’s one-ninth of an elite squad of lethal protectors on his planet of Achenia. He’s also just escaped from a forsaken place called Tartarus, a space prison that he wants to return to and destroy. Samara has no way of contacting his planet, and needs the villagers’ help if he’s to get home and put an end to the other prisoners’ torment. 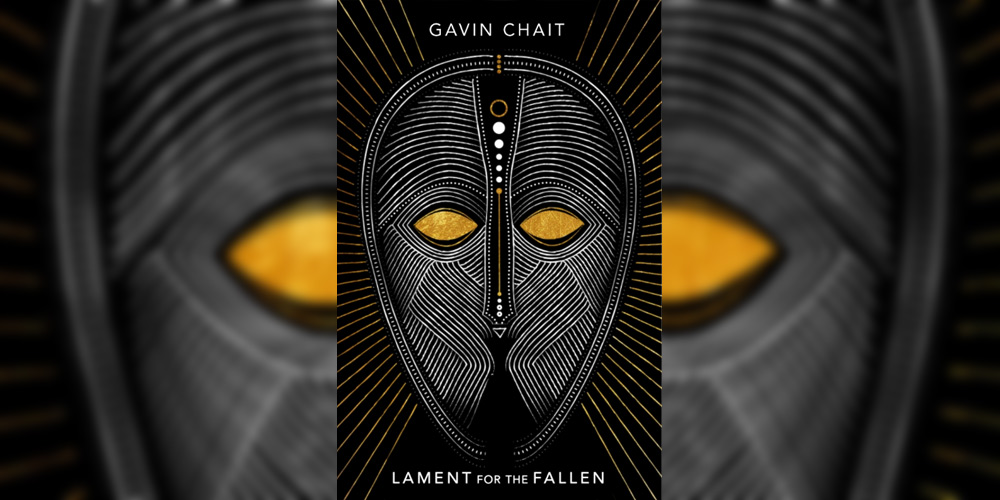 To say any more would ruin the space-age wonder of Gavin Chait’s tale, which is so compelling because it’s not at all what you expect it to be. Setting the story in Nigeria (in what we assume to be a distant future, though it’s never actually specified) immediately sets the book apart from others of its ilk. The contrast between simple village life – constantly threatened by men who thrive on violence and fear – and the futuristic galaxy adventures gives the story a sense of realism, a light and shade that’s often lost in heavy sci-fi.

Chait’s more than a decade’s worth of research has resulted in a book that’s incredibly detailed in African culture and myth, but also in scientific technologies and space engineering. It occasionally went over my head, but rather than hinder the story, it only made it more out of this world engrossing. You don’t have to understand the science to believe in it.

Within his superb world building, Chait has created an alien nation that’s totally disarming in its serenity. Despite their superhuman abilities, Samara and his people are everything humanity strives to be but doesn’t always achieve; they’re peaceful, harmonious, filled with love and respect for one another. They don’t enforce laws or gain power by using coercion or violence as currency; they encourage and champion each other, advocating the precious things in life – storytelling, education, science, music – in order to create a prosperous environment.

Samara himself is such a fascinating and endearing character. He’s a lethal soldier who can’t be killed and yet he never seems like a threat to the villagers who take him in. By extending simple kindness and risking their lives to help Samara’s mission – an act that he repays tenfold by protecting them against the militiamen – the Ewuru villagers actually become the true heroes of the tale.

Aided by enchanting fables and philosophies weaved into the narrative, Lament for the Fallen is an often poetic, occasionally disturbing, and always enthralling tale that has all the thematic ingredients to make it one of the best sci-fi books of 2016.

Lament for the Fallen was published by Doubleday on 28th July 2016.