When you spend a week dreading the fact that you’re going to have to watch another episode of something it’s probably not a good sign. I started off wanting to give Inhumans a chance, especially considering it’s a Marvel show and they have an incredible portfolio of high quality characters and adaptations these days. Sadly this new entry wasn’t anywhere near the level of the movies and certainly a few rungs down the ladder from Agents of SHIELD or any of the Netflix shows or basically anything else ever. So having been highly disappointed by the two-part opener, I sat down to watch the third episode ‘Divide and Conquer’ with incredibly low expectations. As in they’re on the floor somewhere, probably underneath the floorboards. Maybe even so far down that they’ve gone through Earth’s core and ended up in Australia or New Zealand.

Sometimes miracles can happen. Sometimes writers realise they’ve made a huge mistake and do everything in their power to rectify it and drastically change a show as it goes on. Is Inhumans one of those? Not quite. Truthfully I wasn’t nearly as disappointed with this week’s episode as I was the opener, but that could simply be down to me expecting the worst. Or I could have been fooled by their cheap trick of throwing in a Lost cast member to win me over. Yes, I’ll watch pretty much anything with Henry Ian Cusick in it because he was Desmond and I love him. He’s one of the main reasons I stuck with The 100 for so long. Here again it’s another case of a cast member being better than their material but it’s still nice to see a familiar face.

Cusick’s character Evan Declan drives the story this week. He’s a geneticist who has been involved in Inhuman testing on Earth. Pretty suspicious if you ask me, but he has a friendly face so you can’t help but go along with him regardless. His association with a prisoner allows for a little hope in Black Bolt (Anson Mount) and his escape plan but you’re left a little sceptical about Declan’s motives. I’m sure they will unravel over the next few episodes no doubt. Olo Alailima as Sammy is an episode highlight, giving Bolt’s position a little more heart and allowing his survival in prison. It also focuses the character and doesn’t overdo the ridiculous ‘alien on Earth’ type situations they did before. In fact, he seems more the hero we can get behind now rather than just some King that believes he’s better than others. 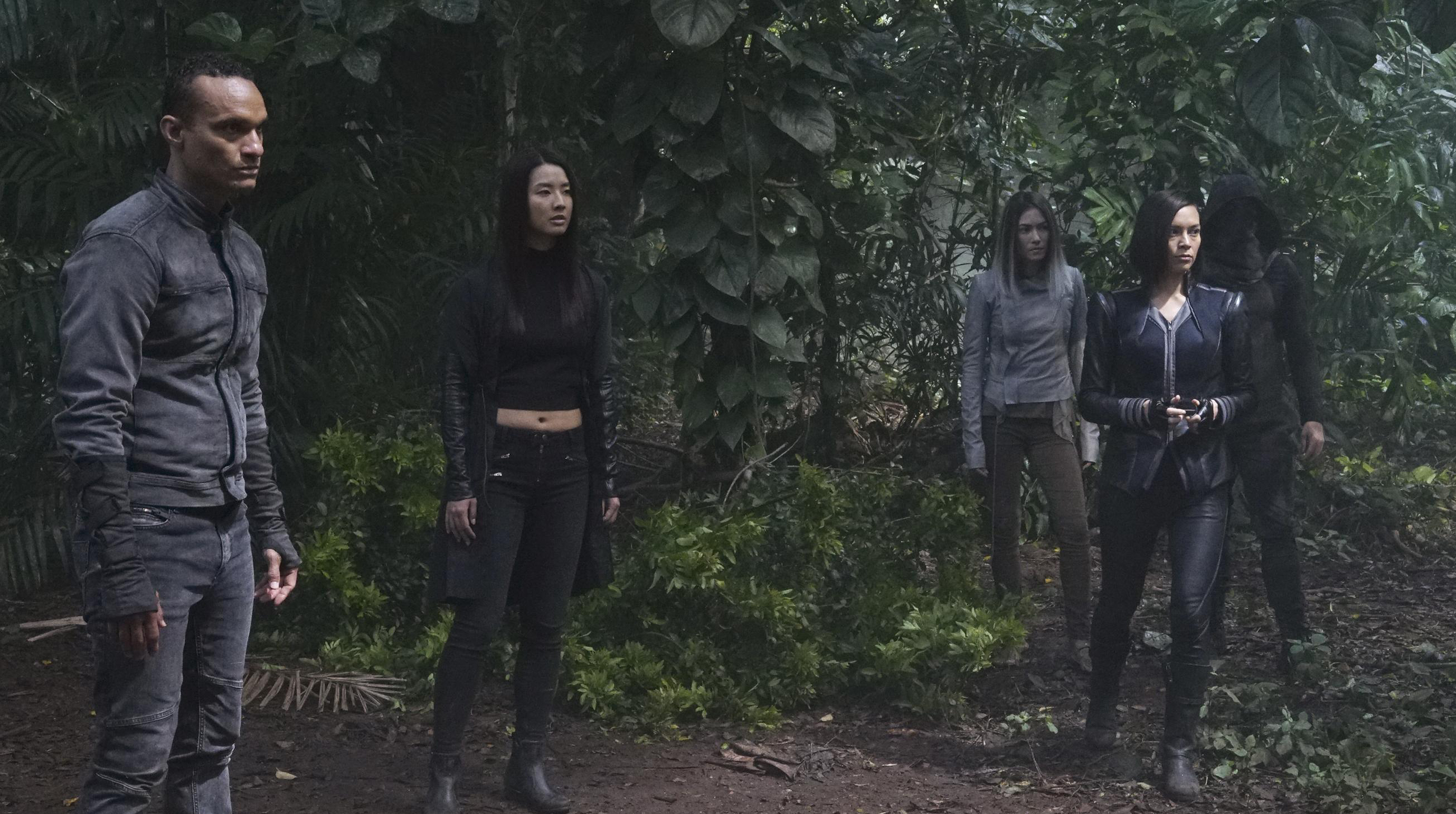 Numerous flashbacks mean we get a half decent attempt at making our characters slightly more well-rounded and giving us a reason to care about them which we really didn’t get in the opening episode. Here we learn more about the conflict between Black Bolt and Maximus (Iwan Rheon) and how it was driven by their parents, and you almost end up feeling a little sorry for Maximus. It’s a strange angle to take as he’s meant to be the main villain, so are we meant to sympathise with him? I’m not really sure, but there wasn’t a huge movement in this episode to make him a truly dark and sinister character. He’s a victim of his own humanity. While I appreciate the fact the writers are trying to give a little depth to everyone, the show would work better with a little clarity in regards to good and evil, or else you have no one specific to root for. It’s very much Thor and Loki lite.

The rest of Inhumans is split between Medusa (Serinda Swan) looking for Bolt and then Karnak (Ken Leung) and his interaction with some strangers he comes across. Much like The Walking Dead, I’m not a big fan of the separation tactic when it comes to main cast on a show. Here you hope that all these characters searching for each other do come together sooner rather than later, as jumping around gives very limited time to each one. Characters like Crystal (Isabelle Cornish) and Lockjaw suffer for it when actually they could be the most interesting ones on Inhumans, and hopefully the end hints at something bigger for them to get involved in.

So while Inhumans isn’t anywhere near a decent show yet, it does seem to have found its footing somewhat. There was less of the unbalanced comedic tone from last week’s episode and a focus on more drama and emotion. I certainly felt like the episode went a lot quicker this time and I wasn’t desperate for it to end. At this point in time you can’t really compare it to any other shows as it just doesn’t stand up but if you can view Inhumans in its own bubble then maybe you’ll find something to enjoy. I’m still hoping they’ll dedicate an entire episode to Lockjaw and his backstory but we’re running out of episodes already. Let’s just hope it keeps taking steps in the right direction.