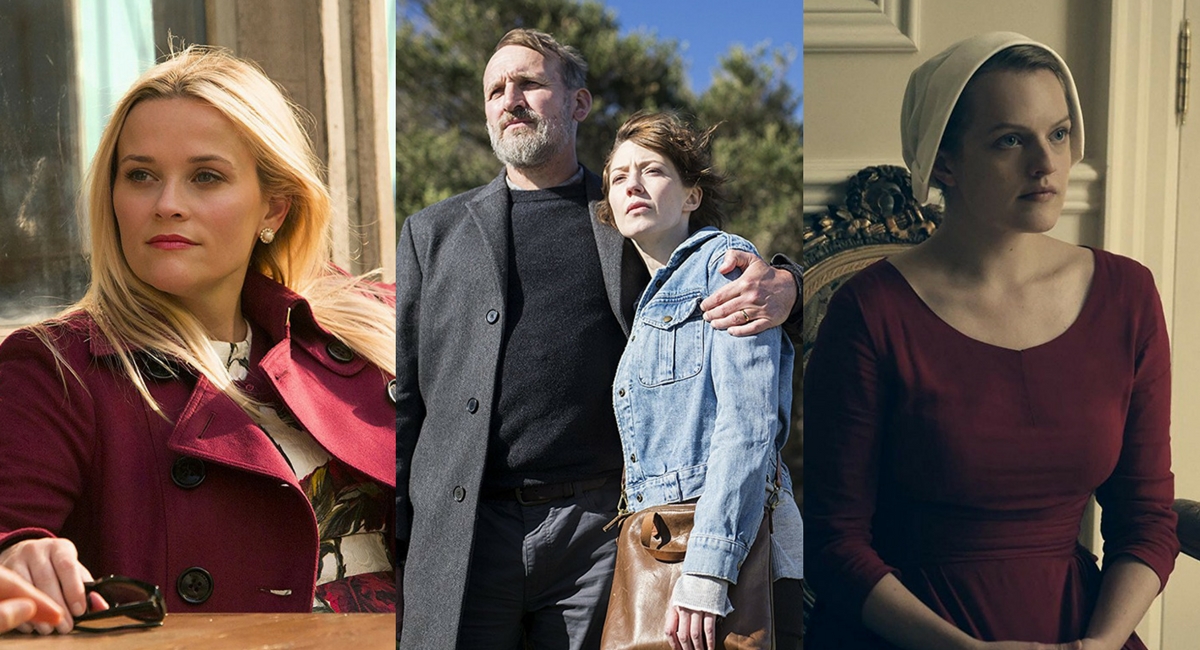 As another year comes to a close, it’s once more time to look back at the television highlights. Perhaps, years from now, we’ll look at the last few years as the tail-end of the so-called ‘Second Golden Age of TV’ which began a decade ago with The Sopranos, Battlestar Galactica, Breaking Bad and its ilk. What’s certainly clear is that the range of television continues to grow, as more and more talent moves from the big screen to the small one – 2016 saw a record 455 scripted shows air, and 2017 was expected to pass the 500 mark.

But what’s also clear is that, however history looks on the television of 2017 in the grand scheme of things – whether it’s seen as the end of the Golden Age or still just the beginning of it – there have been some fantastic shows across the year. Here’s our selection of some of the best: 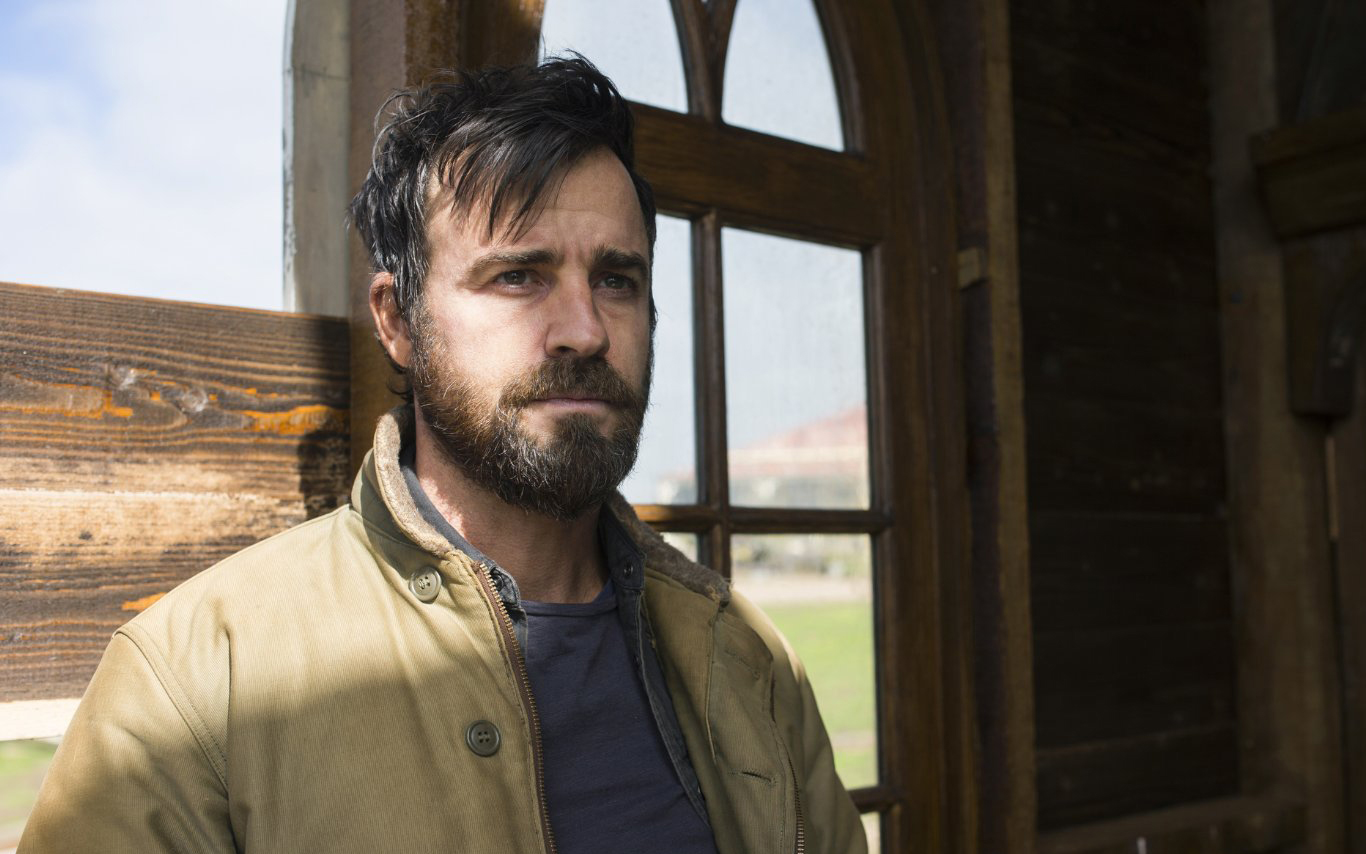 There’s not much that can be, or needs to be said about The Leftovers. If you’ve seen it, you’ll know just how profoundly ambitious, remarkable and truly moving it could be – just look at Maureen Ryan’s heartfelt discussion of the impact it had on her. You’ll also know how big of a snub it was for the Emmys to only give it a single nomination, to Ann Down for Outstanding Guest Actress, a deserved nod, but one that should have been joined by a full set. But ultimately, a lack of awards doesn’t detract from the quality involved, in what was a perfect final season. If you haven’t seen it yet, well, I envy you. You’ve got something incredible to look forward to. – Jerome Cox-Strong 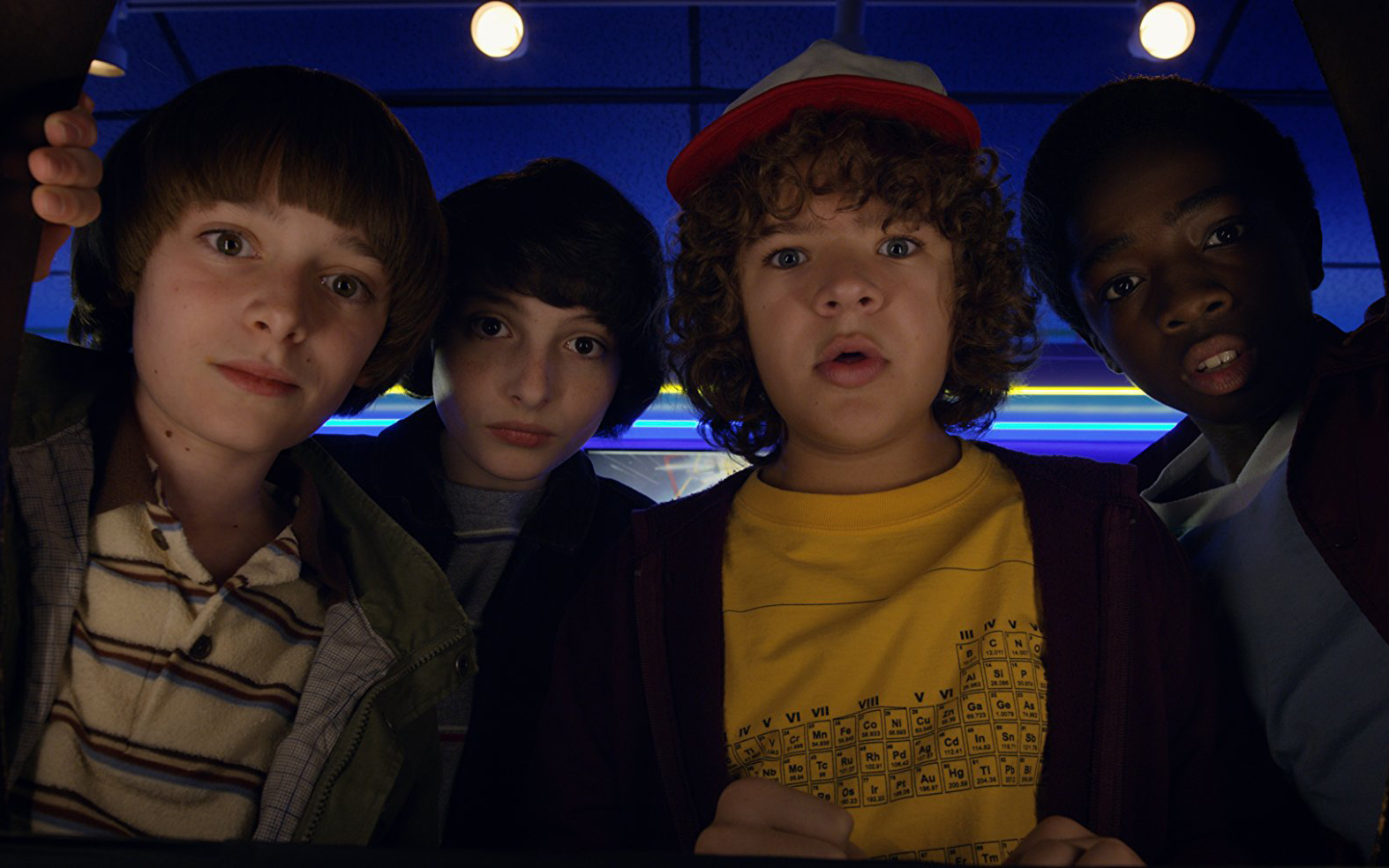 Season two of Stranger Things took its sweet time returning to Netflix but it sure was worth the wait. It brought the whole gang back for round two of government cover-ups, monsters from the upside down and retro nostalgia, with the introduction of several new characters including Sean Astin’s charmingly dorky Bob Newby and Sadie Sink’s Max. Aside from the minor blip that was episode 7, Stranger Things 2 took us on another fun, thrilling and, at times, genuinely scary trip back to Hawkins – letting the characters grow and evolve as new threats mounted. The show might have lost season one’s element of surprise but by cranking up the horror factor and allowing new relationships to blossom, the Duffer Brothers continue to give fans what they want – which, as it turns out, is babysitter Steve. – Natalie Xenos 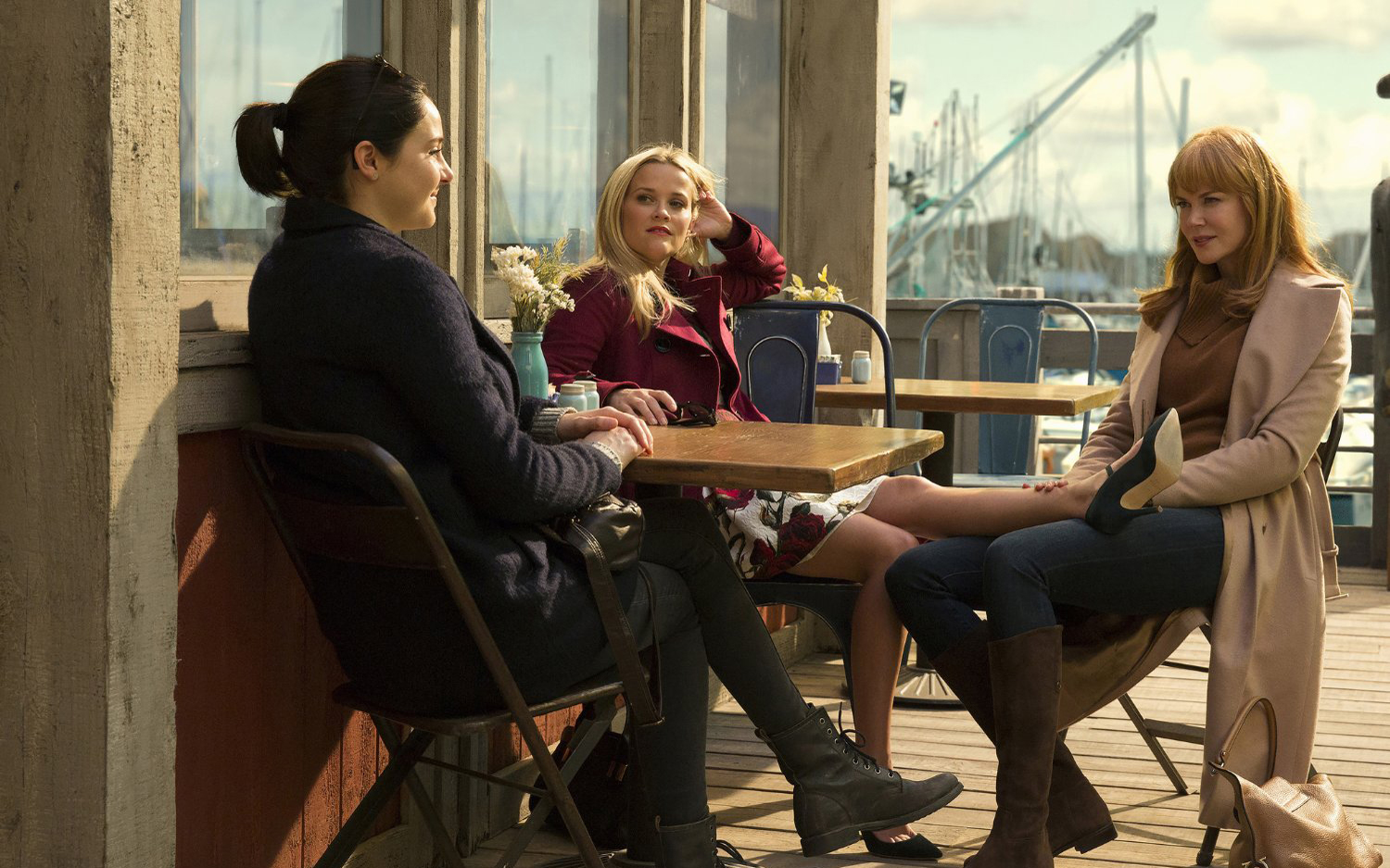 There’s a reason that at one point this year, Big Little Lies was all that anyone could talk about. The series pulled no punches when it came to unflinchingly depicting the reality of domestic abuse, rape and infidelity, but it also excelled when it came to its portrayal of strong female friendships, all told through an intriguing mystery where everyone’s a suspect. Between its star-studded cast (featuring Nicole Kidman, Reese Witherspoon and Shailene Woodley for starters) and its dark, suspenseful subject matter, the seven hours we spent in Monterey, California were some of the most gripping on television in 2017. – Megan Davies 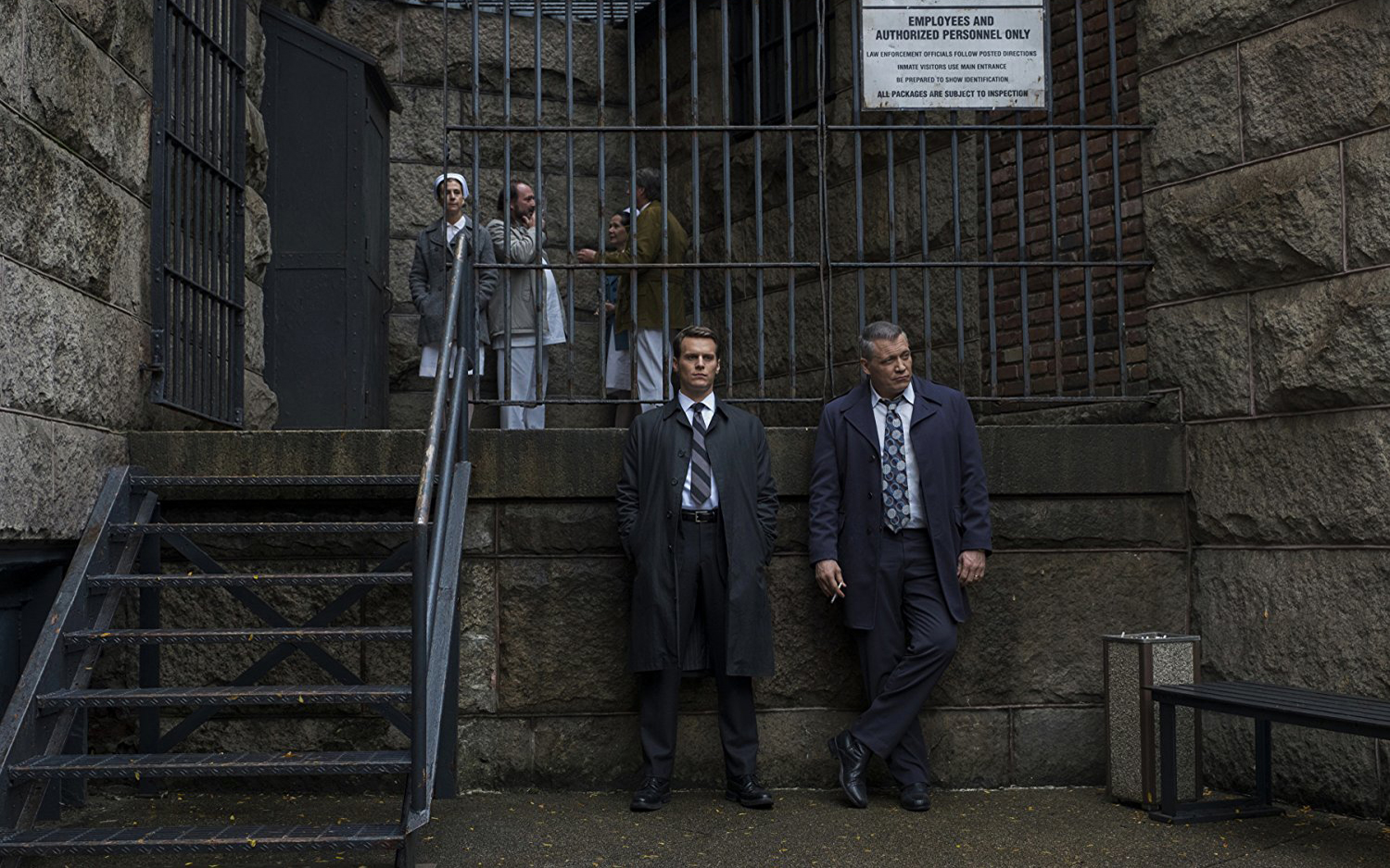 Mindhunter starts with a dick joke. As FBI agent Holden Ford (Jonathan Groff, souring his sweet-as-pie image) says he can tell the naked male hostage-taker is cold before the hostage-taker shoots himself in the face. This funny sadism surges through David Fincher’s 10-hour dive into the minds of serial killers. This is Fincher at his most rebellious as he gambles with an audience who supposedly have short attention spans, preferring dialogue over action. The show is directed with a perfectionist’s touch and the performers make the dialogue dance; the words are more exciting than any action beat. – Henry Bevan 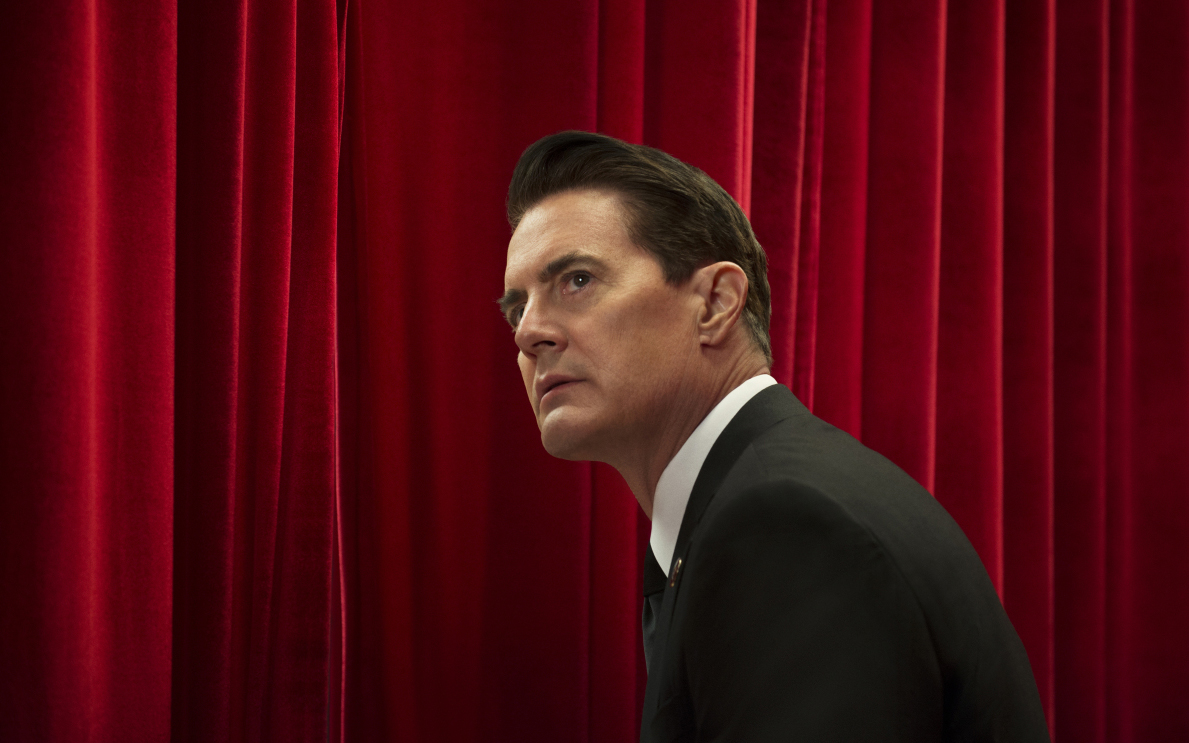 Encapsulating in one paragraph all that made Twin Peaks: The Return such a magisterial piece of art is impossible. Week-by-week, David Lynch and Mark Frost presented us with something truly special; a cosy world infested with nightmares, scenes that morphed from hilarious to terrifying at a speed that would make your head spin. Kyle MacLachlan, playing three characters, headed up an astonishing cast; Harry Dean Stanton, in his final TV role, was one of many highlights. Few were expecting The Return to live up to the iconic original series – that it turned out even better is near-miraculous. – Chloe Walker 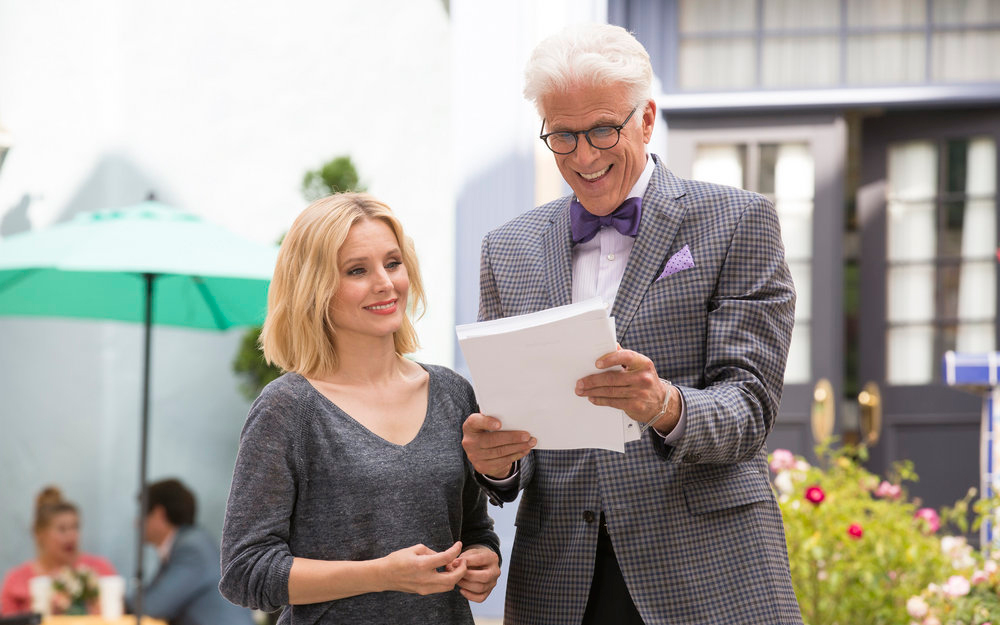 2017 seemed to be the year where this show got some much-deserved love on a much wider scale. You could easily argue that this is Ted Danson’s best work since Cheers and Kristen Bell seems to be incredible in anything she does. But there’s a huge supporting cast that often steal the show and who doesn’t love D’Arcy Carden as Janet? Catch it on Netflix if you haven’t already and thank me later. – David Bedwell 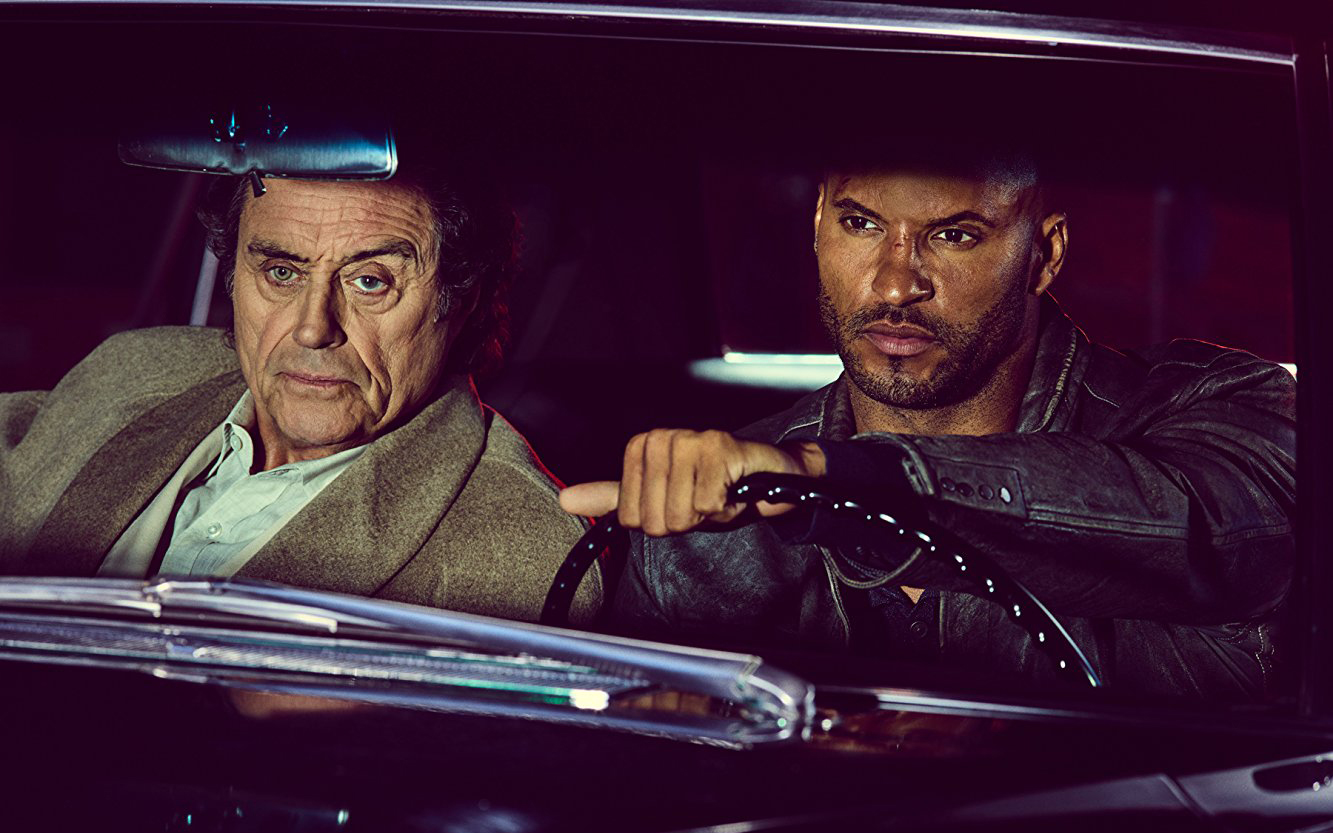 Before American Gods actually aired, it was exactly the kind of zany source material that you could imagine being totally un-filmable. At the very least, it was hard to picture a version that didn’t compromise on either the visual spectacle that the concept required, or the strong character developed offered in Neil Gaiman’s original 2001 book. In the end, the show excelled in both ways, offering a compelling and timely exploration of immigration and belief that updated the narrative on 16 years of real-world chaos and change, while co-showrunner Bryan Fuller applied his usual stylistic bravura to what appeared on screen, offering up sumptuous imagery to match that of Hannibal. How season 2 of Gods copes with the departure of Fuller and Michael Green will certainly be interesting. – Jerome Cox-Strong 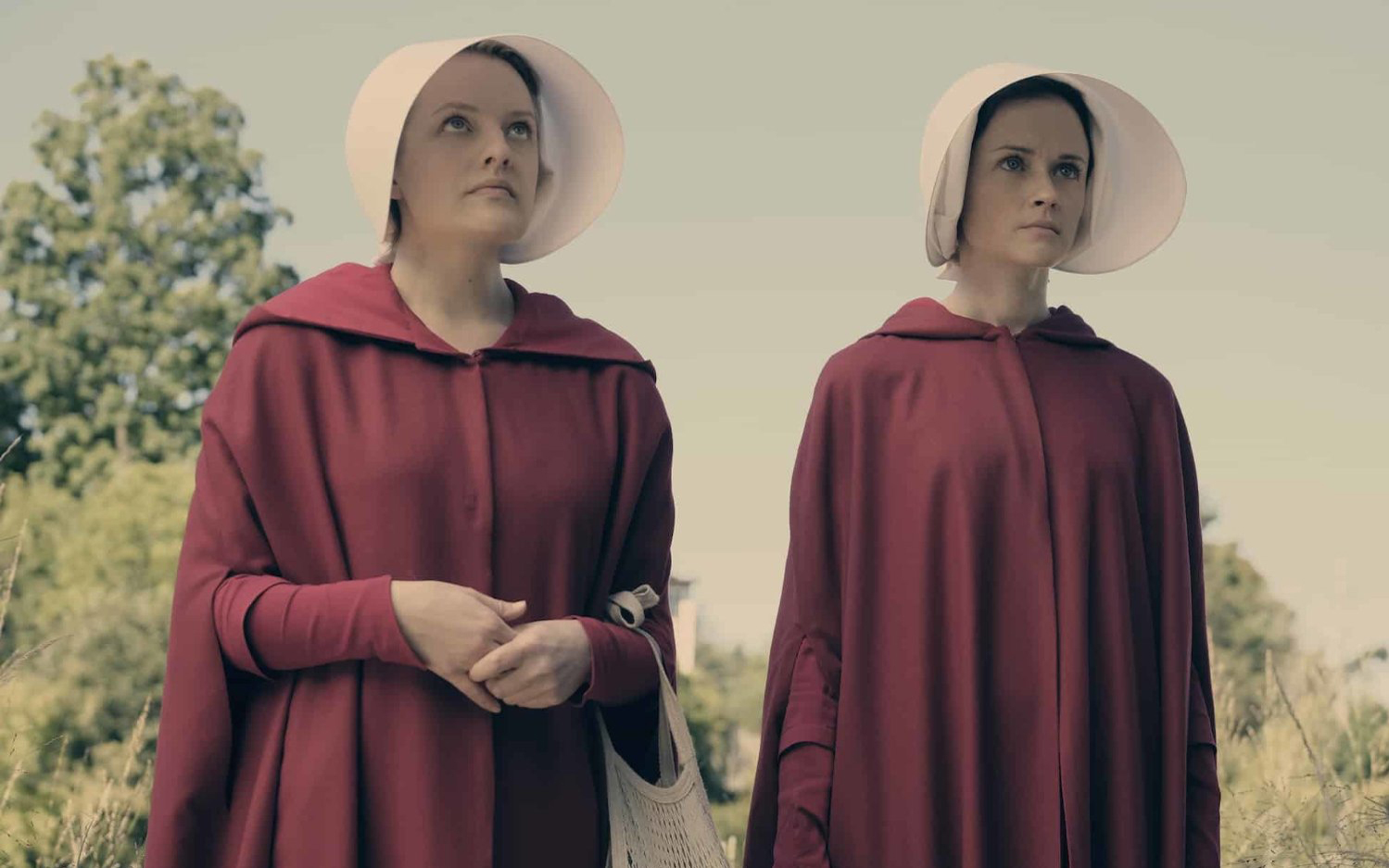 The 10-part adaptation of Margaret Atwood’s 1985 dystopian novel was a brutally depicted, gripping and, at times, gruelling watch that received widespread critical acclaim, and rightly so. Set in a near future ruled by a totalitarian theocratic dictatorship, The Handmaid’s Tale balances its weighty themes with stunning visuals and a tense, terrifying atmosphere. The pacing is spot on and the performances are superb. However, it’s Elisabeth Moss’ Offred who carries the show; her fierce gaze and determination not to be worn down by the system shining through the horrors she has to both witness and endure. This is an unflinching and suspenseful series that lingers in the mind. – Natalie Xenos 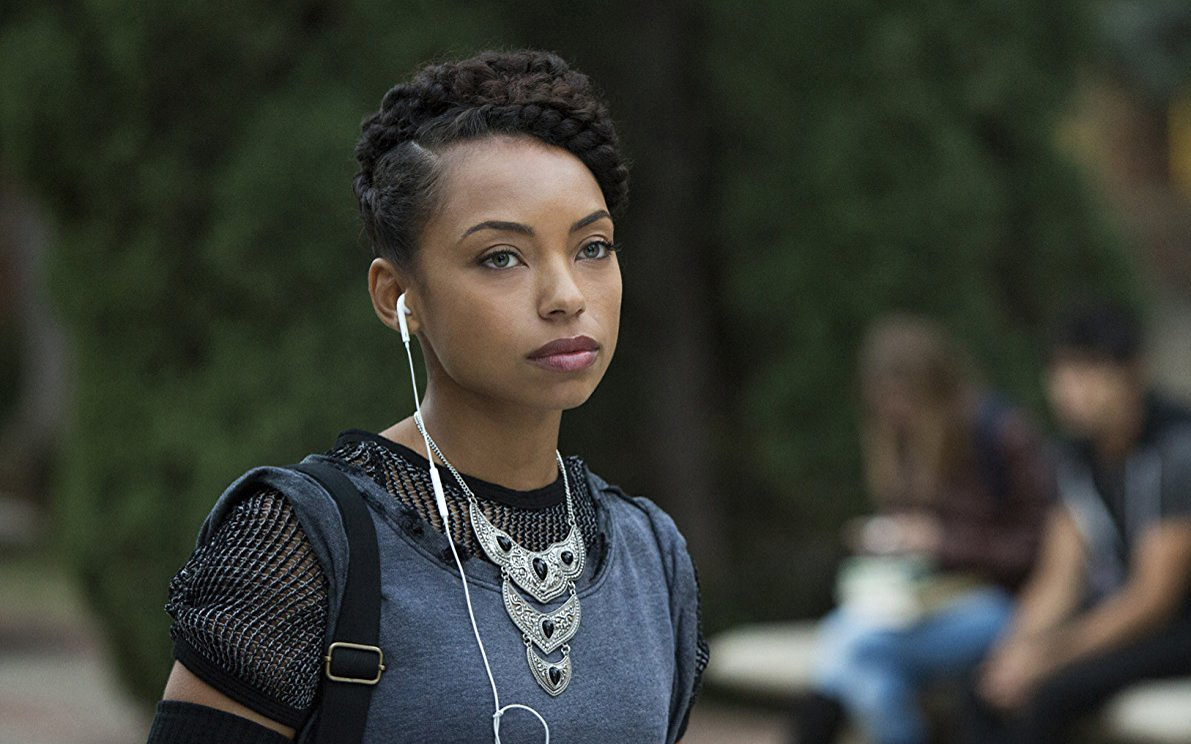 Bold, brash and wholly important, Netflix’s Dear White People holds a mirror up to society and calls it out for its everyday racism and unconscious acts of discrimination. Based on the 2014 film of the same name, this series follows a group of students of colour at a predominantly white school and highlights the social injustices they face with sharp wit and wry humour. As each episode focuses on a different character, there’s always plenty to take in, but holding the whole series together is a strong performance from the powerhouse of a lead actress that is Logan Browning. With its stylish cinematography, incredibly nuanced characters and its perfect soundtrack, Dear White People is a series that was worth making time for. – Megan Davies 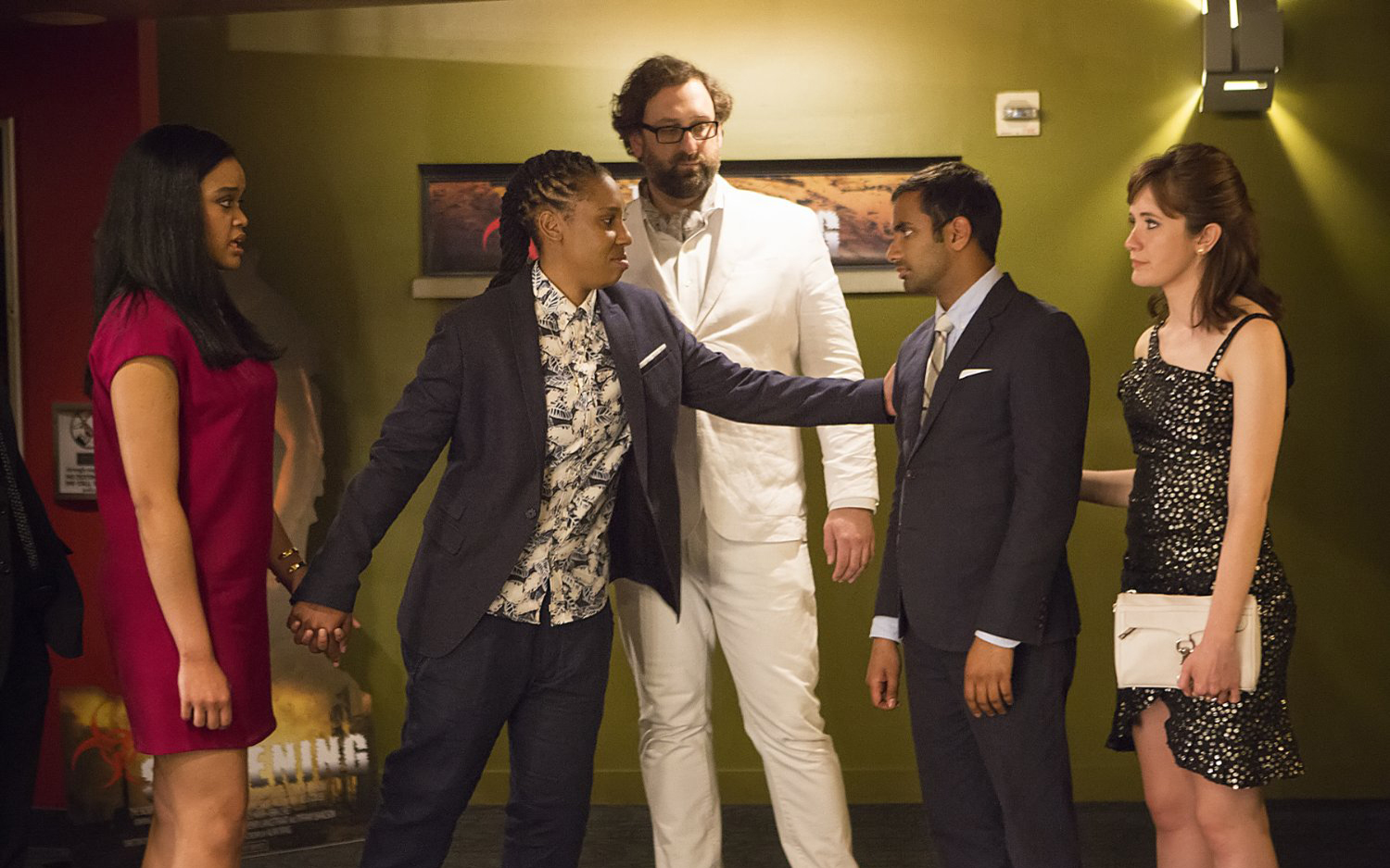 The Emmy-winning episode, ‘Thanksgiving’, sums up Master of None’s storytelling verve. Co-written with co-star Lena Waithe, the first black woman to win a comedy writing Emmy, Aziz Ansari breaks the rules of the binge-watching era, abandoning the overarching narrative and exploring the experience of a black woman coming out to her mum (Angela Basset) over a series of thanksgiving diners. Its deliberately episodic approach and detached nature is hard to pull off (just ask Stranger Things) today, but Master of None is always refreshing and surprising – it might become one of the defining shows of the millennial generation. – Henry Bevan 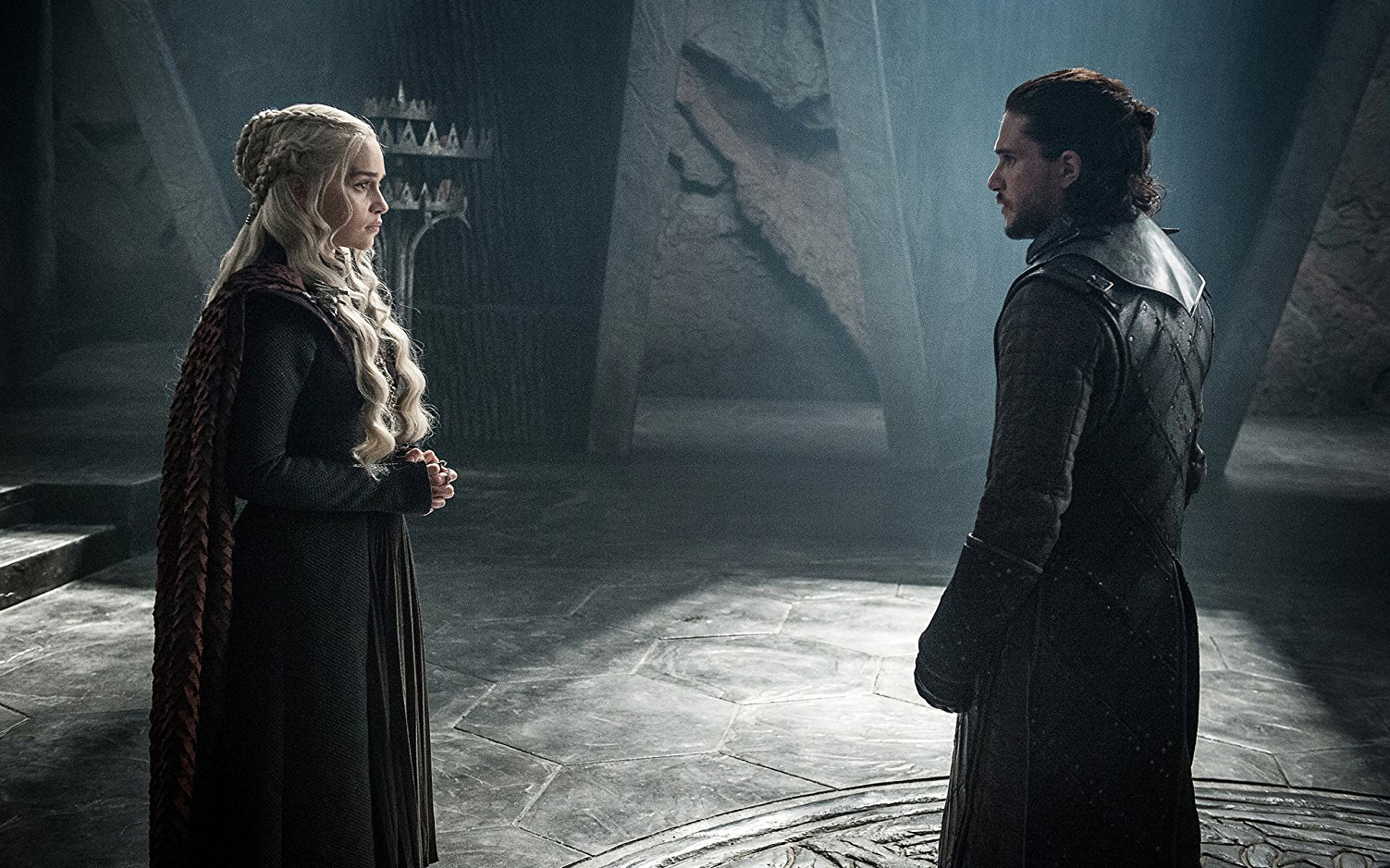 Let’s be honest. I hardly need to explain to anyone why Thrones is probably the best show out there and potentially the best one in TV history. More than ever the recent seventh season was practically an epic movie every episode. Knowing the end date has given the writers a new lease of life and allowed them to deliver more action and more emotional impact than ever. The long wait for the final season will be frustrating but no doubt worth it. Time to start that rewatch. – David Bedwell 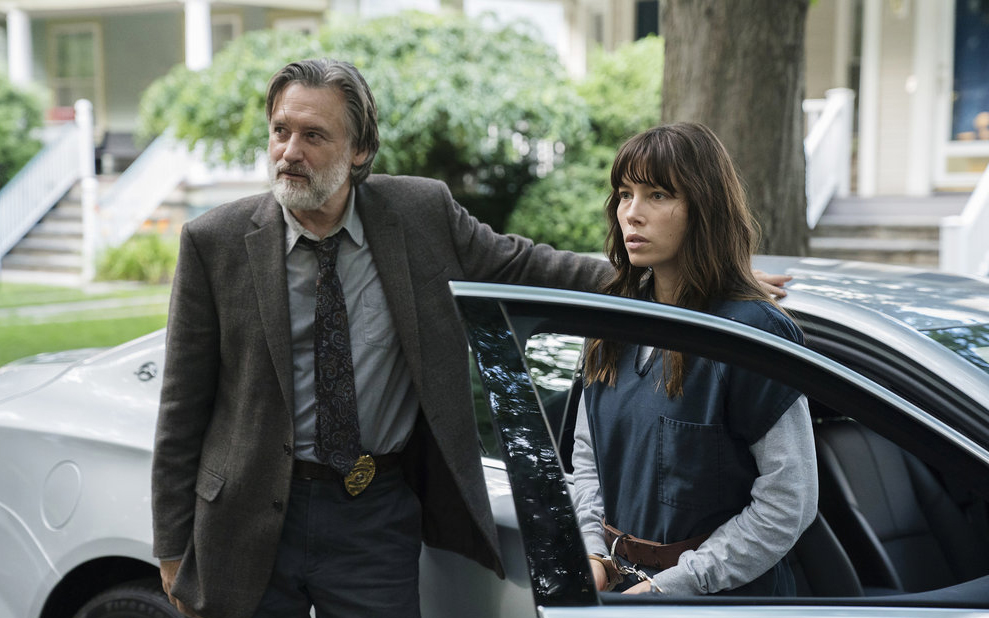 Having arrived on Netflix in November, The Sinner was my surprise hit of 2017. It stars Jessica Biel as a bored but seemingly ordinary mother who inexplicably murders a stranger on a packed beach one day but can’t explain why she committed such a violent act. Bill Pullman is the troubled detective determined to discover the truth behind the woman’s amnesia and bewilderment at her own actions. Adapted from Petra Hammesfahr’s 2007 novel, this is a masterclass is suspense and eking out mystery without ever losing its pacing. It’s dark, disturbing and incredibly clever, but The Sinner’s real achievement is its ability to be unpredictable, throwing in a final reveal that you genuinely don’t see coming. – Natalie Xenos 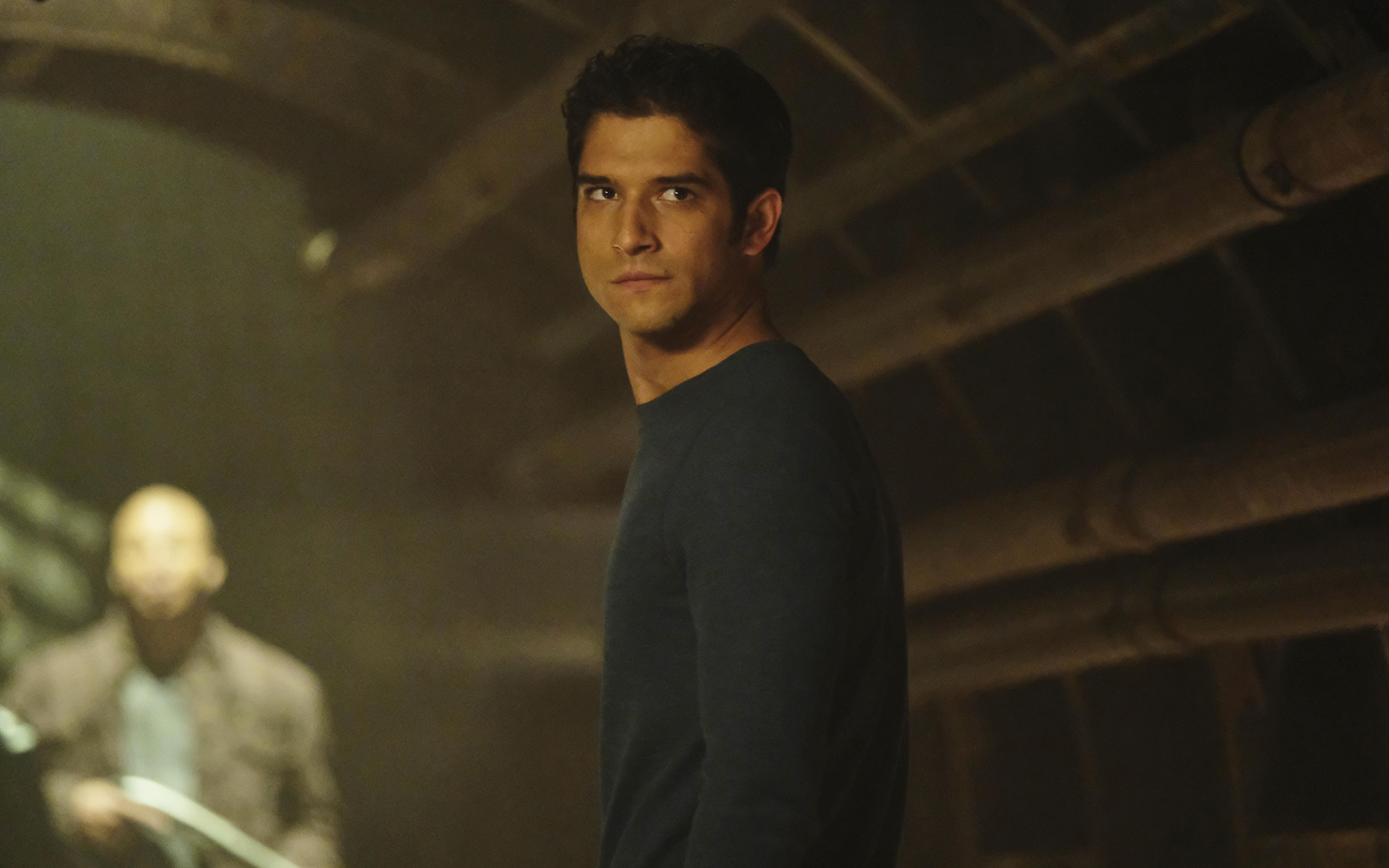 When I got the news that Teen Wolf’s sixth season would be its last I was devastated. This final season was more gory and violent, with some great acting displayed from the show’s central star Tyler Posey. As with previous seasons, it was split into two parts. Part 1 explored some satisfying twists and turns, feeling more like a mystery than the supernatural theme we’ve come to expect. Whilst Part 2 delivered a finale that ended up being one of my favourite from the show’s run, as some old faces returned for a highly emotional goodbye. Teen Wolf will be missed. – Sara Ashton 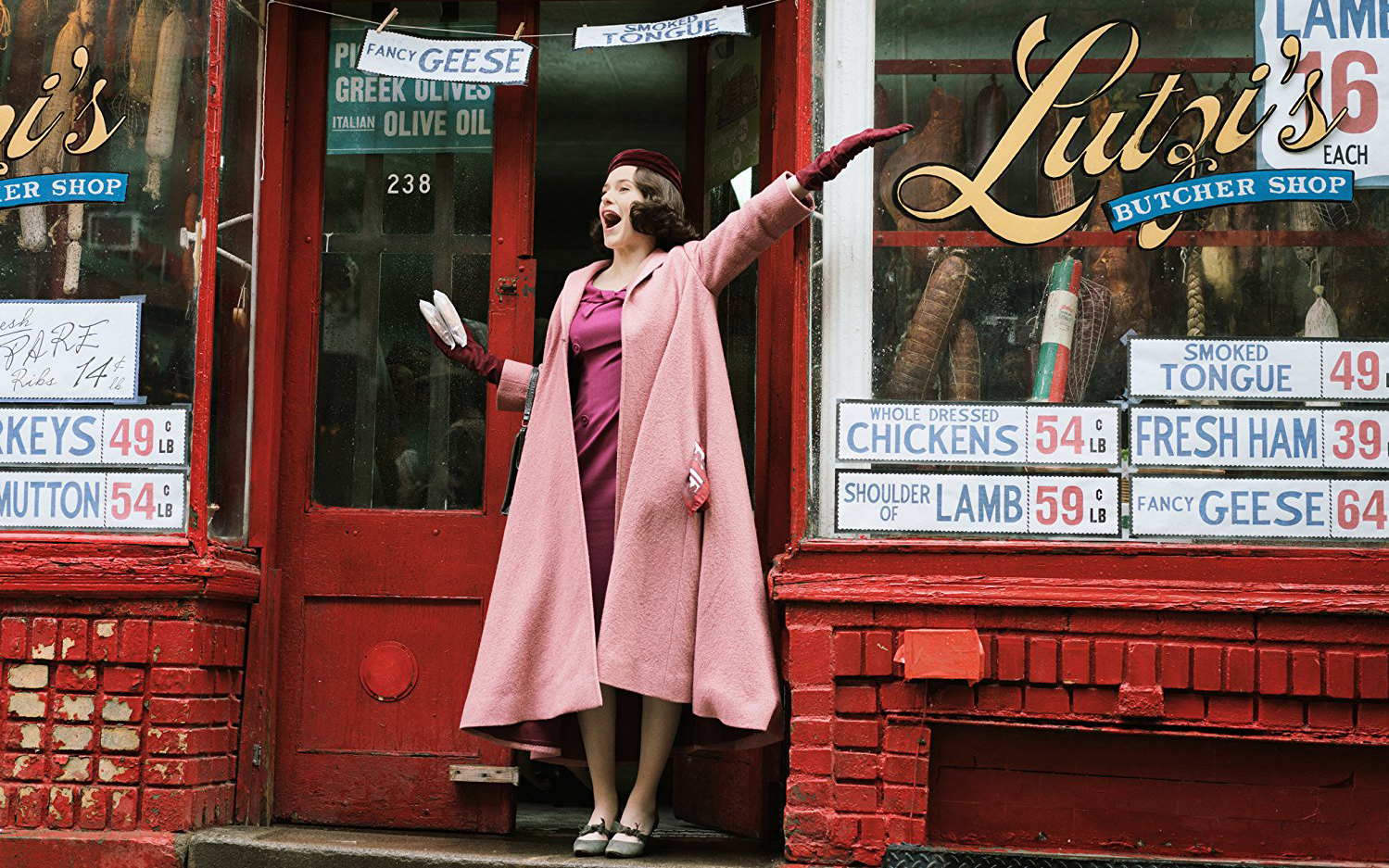 By putting the word “marvellous” in the show title, Gilmore Girls creator Amy Sherman-Palledino only added to the already high stakes placed on her latest TV offering. Fortunately, Mrs Maisel was more than up to the challenge. This breezy, colourful and laugh-out-loud funny addition to Amazon Prime is a must-watch for Gilmore fans. The show tells the story of Miriam “Midge” Maisel, a 1950’s housewife enamoured with her perfect life on New York’s Upper West Side. But when her marriage unexpectedly falls apart and the facade drops, Midge finds herself embarking on an unexpected new career: stand-up comedy.

Blessed with picture-perfect costumes, witty dialogue and jaw-dropping mid-century sets, the show could be dismissed as pure escapist fluff. Sure, it’s really fun to look at – but Mrs Maisel also offers real pathos, anchored by the fantastic Rachel Brosnahan in the titular role. All eight episodes are on Amazon now, plus the steaming giant has given the show an added vote of confidence – a second season has already been commissioned. Get in the know now, Mrs Maisel is only going to get more marvellous.  – Francesca Street