“These women are so powerful. Together, they are as powerful as the ocean and the ocean is f*cking angry.” – Jean-Marc Vallée, THR

Here’s the thing: you need to watch Big Little Lies. There are approximately seven million other shows on right now, about half of them that are on either a metaphorical or literal list of shows you have the intention of getting round to – this is something I understand. I also understand that Big Little Lies is likely on there, with the bits of critical acclaim here and there you may have caught, in which case push it way up so that everything else comes after it.

It is also possible that you’ve come across its posters, and upon reading this thought, ‘That show? You’re telling me I have to watch the show with the three white women, only their eyes visible, peering out in different directions?’ I am. I am telling you that exact thing.

But what’s it about? Well, superficially: Adapted from Liane Moriarty’s 2014 novel of the same name, we first meet Jane Chapman (Shailene Woodley) having just moved to the small but affluently-populated town of Monterey, California, a geographical relocation from the Australian setting in the original novel. On the first day of school, she runs into Reese Witherspoon’s Madeline, frantic after having car trouble, who in turn introduces her to Celeste, played by Nicole Kidman. In the first episode we’re also introduced to Renata, played by Laura Dern, and yoga instructor Bonnie, Madeline’s ex-husband’s new paramour, played by Zoë Kravitz. 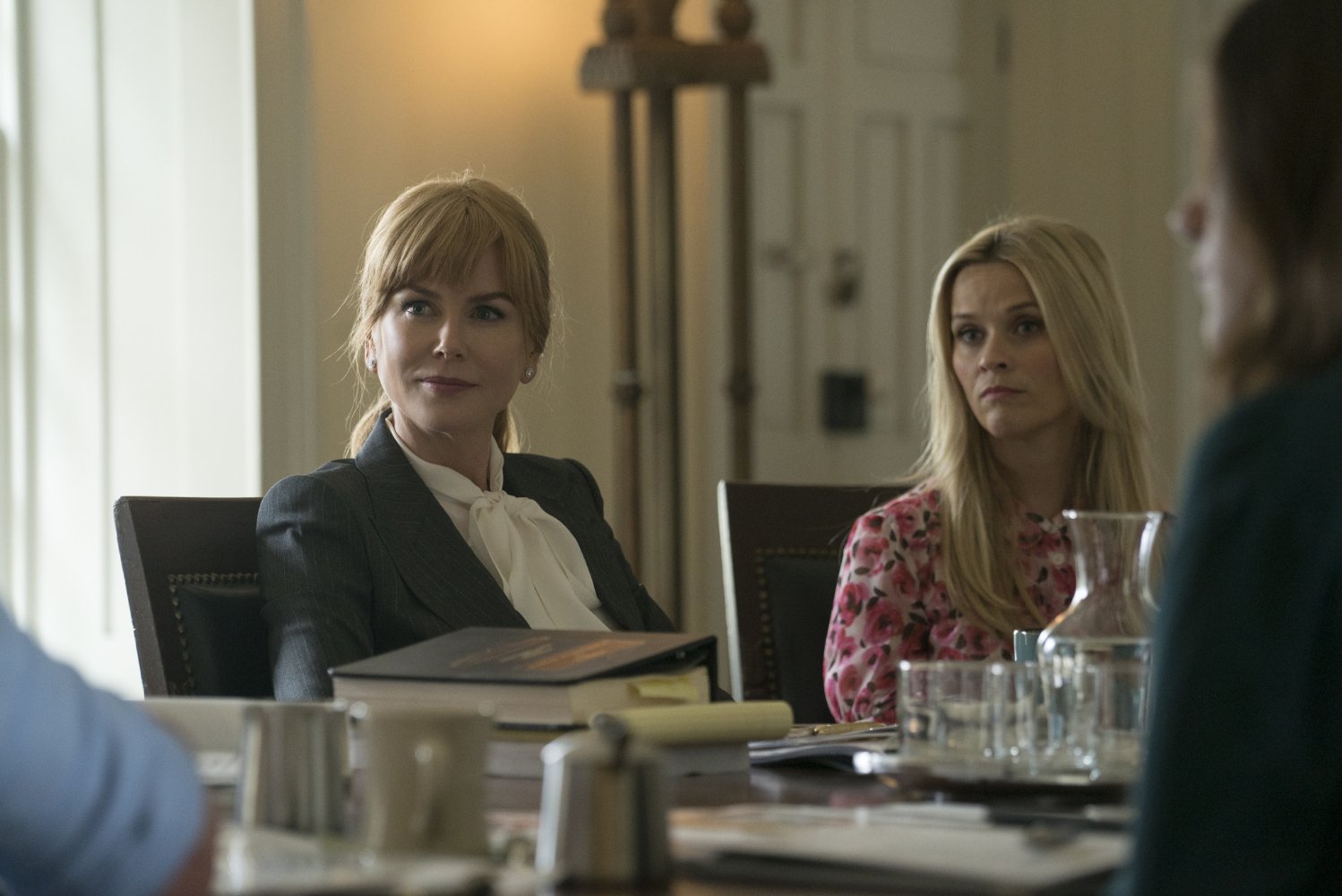 Firstly, it is gorgeous to look at. Not just because it was shot on location, in the actually real-life gorgeous Monterey, California, but the way director Jean-Marc Vallée makes use of the landscape and incorporates it in to the high-stakes emotions of the story. Which helps, because if you think about the conflicts too much it can become difficult to take seriously, especially in a time such as this where we as a species slowly edge towards a nuclear apocalypse. There are only so many plotlines about sabotaging the birthday party of the child of your mum-nemesis by surprise-buying tickets to Frozen on Ice. Its cinematic quality comes not only from the big screen players, but also from the technical competence that is nothing short of masterful.

There is a certain level of surrealism, of course, in seeing those particular famous faces on television but for once it seems less like a pull for viewers, and instead feasible that it was simply too brilliant for these performers to resist. Kidman, in particular, does extraordinary, simultaneous raw and nuanced work in easily the heaviest and most intense plotline of the series. And Witherspoon is a constant delight, bringing likability and poise to an emotionally erratic role. If you’re someone who has begged the world to take advantage of Reese Witherspoon’s comedic chops that we haven’t truly seen since Legally Blonde, then frankly I don’t understand why you haven’t seen Big Little Lies.

But while those two in particular stand out, the entire appeal of the show are the women as a unit. As undeniably strong as Kidman’s and Witherspoon’s performances are, they are not as impactful on their own. Truthfully, the male characters barely having any reason to be there aside from being instruments in the women’s stories, and the children just about scrape by having significant contributions to the story. It is a show about the different shades of motherhood, womanhood and more importantly sisterhood. While each woman may be going through her own, specific struggle, the underlying message of the show is how, despite their differences, there is universality to the experience of living as a woman that allows for them to understand each other, and that is where their strength lies. 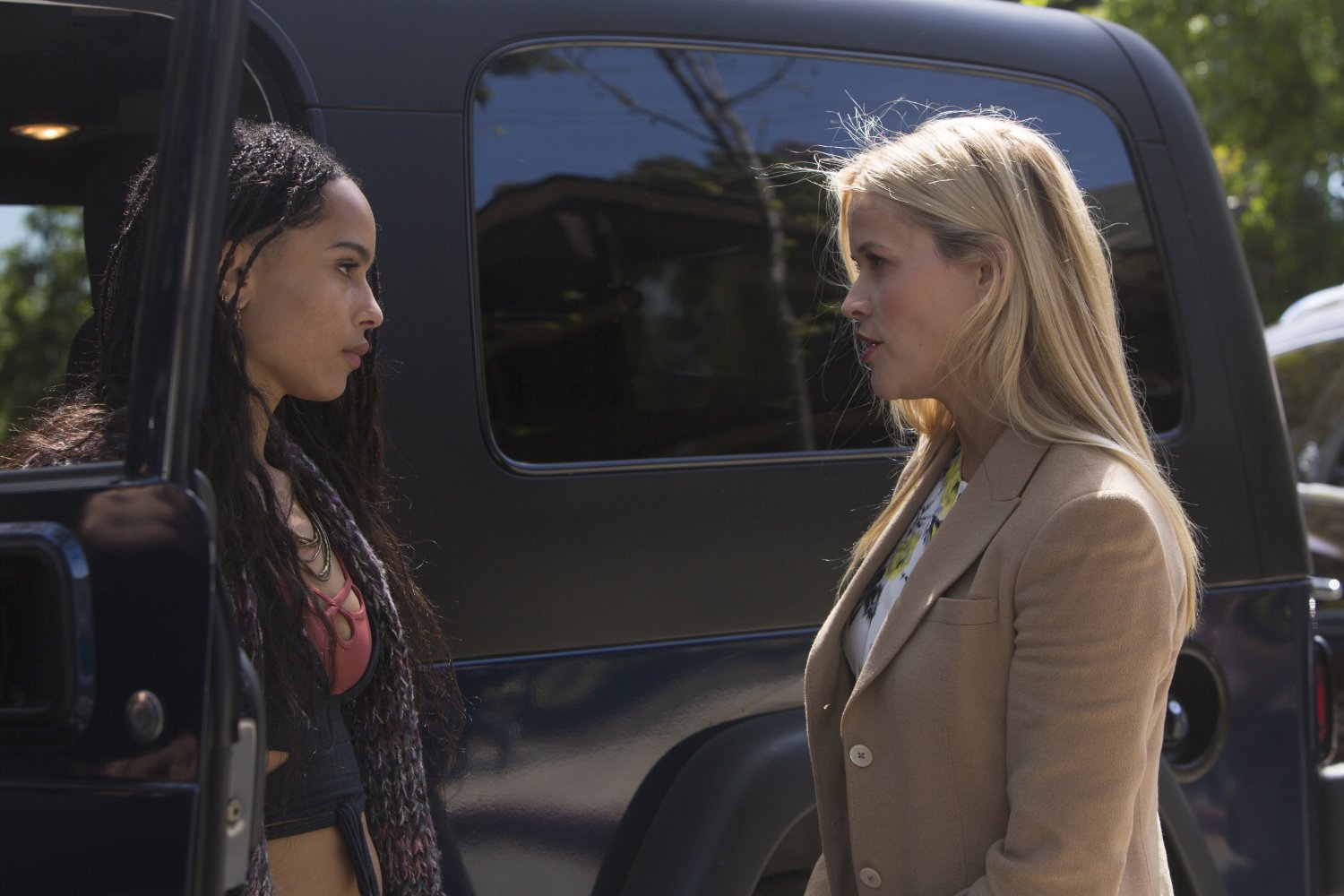 While it may seem otherwise given the unabashed praise up until this point, it is difficult to truly gush about the show without revealing the specifics of the finale, which is where it is most deserved. The vaguest I can be and still try to stress this recommendation is that I struggle to recall an ending that left me as satisfied as the final moments of Big Little Lies.

Another element that cannot go overlooked alongside the cinematography is the show’s editing. It’s so evocative, and each shot, and its order, clearly so deliberate that it becomes poetic. The show, and the effect it wants to get across, is so reliant on its unique pacing. Each episode has wordless, entirely visual series of moments. While they come without warning, and with a nuance, an ambiguity that in the moment keeps you guessing until it’s over and we’ve clearly returned to the present, it is the most rational interpretation of the messiness of how the human mind processes trauma.

I will say it once more: you need to watch Big Little Lies. If it’s on a To Watch list, prioritise it above all other shows. If you don’t have a list, don’t bother making one.