Book Review: If Not For You by Debbie Macomber 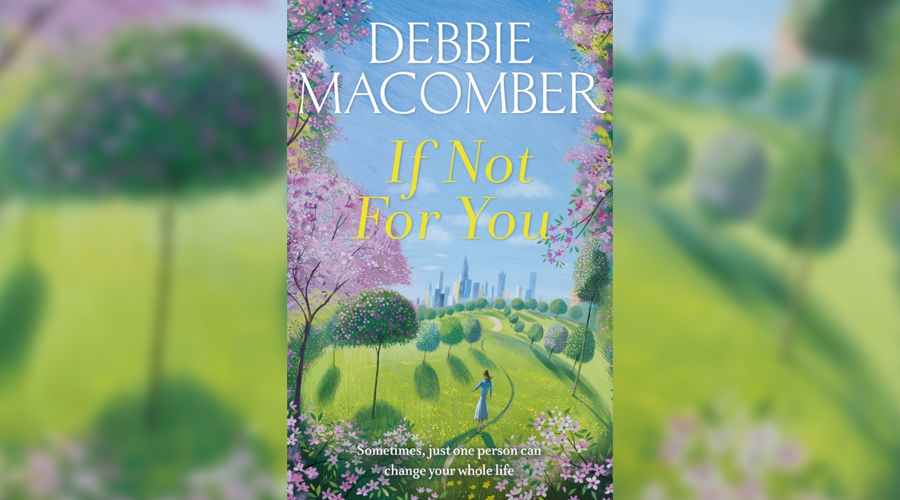 Debbie Macomber’s latest novel, If Not For You, revolves around Beth who leaves her hometown and controlling mother behind to try and become a more independent person. She moves to the hometown of her favourite Aunt, Sunshine, and all is going well until one evening a friend, Nichole, tries to fix her up on a blind date with her husband’s friend, Sam. It doesn’t go well at all and the evening only gets worse when she’s involved in a car crash on the way home which leaves her seriously injured.

Sam, the blind date, witnesses the event and stays on hand to look after Beth until the emergency services arrive but that isn’t the end of his involvement with her. Sam, for reasons he can’t explain, finds himself drawn to her and sticks around to help with her recovery, visiting her in hospital most days. To the delight of their friends, romance finally blossoms. But, inevitably, the controlling mother tries to interfere and the romance looks doomed to end before it starts.

Whilst Beth isn’t working she has plenty of time on her hands, time which she puts to use investigating why her Aunt Sunshine never married and this forms the subplot to the novel which in many ways is more interesting than the main story.

Generally it’s a decent plot but the story lost something in the telling; it all felt a bit rushed, and there was too much focus on the bits that didn’t matter, like how to babysit, and not enough on the bits that really did, like how people were truly feeling about things. I found that lack of emotional engagement detracted from my enjoyment of reading and I ending up losing any involvement I had formed with the characters at the beginning.

Despite having no major issues with If Not For You, it did feel unnatural and overworked at times and I wasn’t a fan of the biblical references in the story. It got off to a promising start, seeming to have echoes of Marian Keyes’ The Woman Who Stole My Life about it, but I felt as though this story wasn’t as well told nor were the characters as well drawn and engaging. Overall I found the book slow and a little boring, but I’m fairly confident my mum would enjoy it.