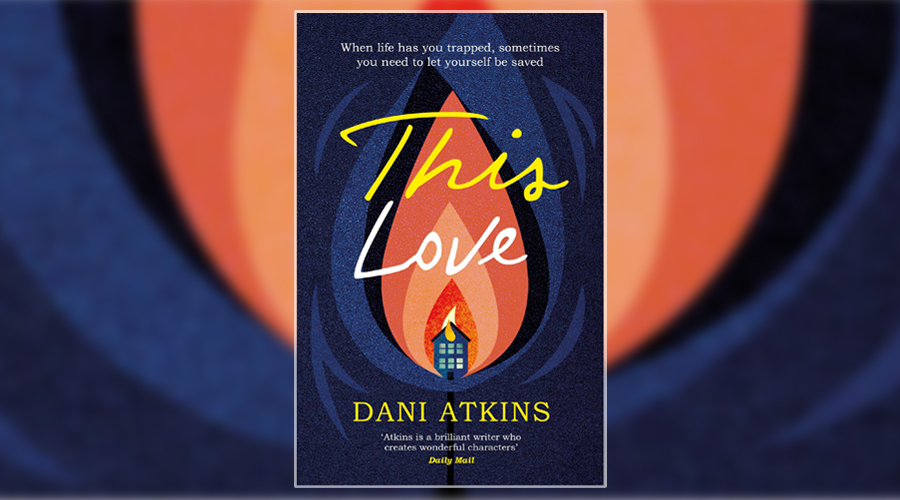 Following on from last year’s critical hit Our Song, Dani Atkins is back to take her readers on another moving and emotionally-wrought journey about embracing life through the good and the bad. This Love is a story that starts as one thing and ends as something entirely different, but through every stage it acts as a true celebration of life, family and relationships and it’s all the more poignant for it.

31-year-old Sophie Winter’s quiet, seclusive existence is turned upside down one night when a fire in the flat below hers burns her whole world and her carefully-enforced boundaries to the ground. After spending half of her life struggling to let people get close, Sophie is forced to put her trust in a stranger, Ben Stevens, as he helps to rescue her from her burning flat and it puts their lives on a collision course that may just be the best thing to happen to both of them.

Before meeting Ben, Sophie allowed a tragic event from her childhood to define her, leaving her scared of commitment and scared of taking risks as a way of protecting herself from feeling the same pain she felt at 15. But as her life quite literally begins to collide with Ben’s, his happy-go-lucky, confident nature begins to show her that what she’s doing isn’t really living, so with Ben’s help Sophie begins to tackle her fears and begin to enjoy living again.

“I realised in that moment that Ben was the kind of person who was extremely comfortable about who he was, and largely unconcerned about drawing attention to himself. I, on the other hand, who’d spent so many teenage years trying to perfect the art of being invisible, found such nonchalance completely intriguing.”

A lot of the plot and tension in this novel comes from the developments that are better read than summarised, and while predictable at times, This Love truly is a novel to get lost in as you follow the characters on their journey. Sophie, in particular, is especially likeable and as we learn more about the traumatic event that shaped her, she soon solidifies into a fleshed out, in-depth character it’s impossible not to warm to. Her relationship with Ben too is wonderfully easy-going, unfolding at a steady pace and doing more to develop Sophie’s character than any major plot device could.

But for all its detailed slow and engaging study of character, This Love isn’t without its flaws. The first few pages of the prologue are a jumble of scene-setting and the story initially struggles to place itself in a time frame to get started, while one of the reveals about Ben’s character didn’t deserve to be swept aside as quickly as it was. Despite its delicious slow build throughout, the novel unnecessarily rushes through the final few developments to focus on the final life-affirming chapter which is a disappointing denouement to an otherwise very worthy novel.

Nevertheless, This Love is a largely satisfying and extremely poignant read and one that allows Dani Atkins’ gift for developing characters to be operated in full force. There is a lot that resonates here and you’ll want to block an evening or two out to get through it as quick as possible, because the time is sure to just slip away from you when you get caught up in Sophie’s story.

This book may have begun with fire, but it ultimately simmered down to become a wonderful, emotional read that fans of Jojo Moyes’ Me Before You in particular are sure to race through.

This Love was published by Simon & Schuster on 23 March 2017