Book Review: Cottage By The Sea by Debbie Macomber 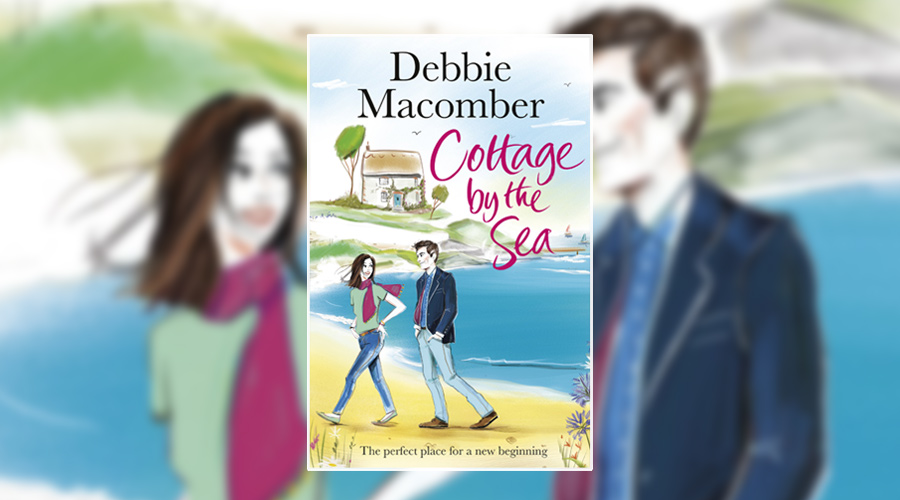 With Cottage by the Sea, author Debbie Macomber has taken sadness and heartbreak, and turned it into a story resembling something altogether more uplifting. In her typical light and easy style, Macomber dives into her latest character’s journey, taking her from loss to life to love over the course of a sweet story that still manages to pack plenty of emotional punches too.

When Annie Marlow is rocked by the worst kind of tragedy, she takes herself to Oceanside – a place she spent summers with her family when she was younger – to heal. It’s only there that Annie can begin to piece her life back together and take small steps towards living with her grief with the help of the people she meets and the friends she makes. Between her reclusive landlord, the teenager who confides in her and the strong and silent man with a big heart who she comes to love, it’s not long before Oceanside begins to feel like the place Annie needs to be, until the opportunity of a lifetime comes along and Annie is left torn between fulfilling her dream or keeping her newfound haven exactly the way it is now.

In a nutshell, Cottage by the Sea is about finding yourself, even in the most traumatic of circumstances. Annie is left with huge amounts of survivor’s guilt after her entire family dies in a freak mudslide incident and slowly but surely the novel follows Annie as she learns who she is and what she’s capable of in this new world without her parents, her brother, her sister-in-law and her niece. Her landlord, Mellie, is also living with a form of PTSD, and in her growing acceptance of the friendship that Annie is determined to offer her, she begins to learn to live with her anxiety in less debilitating ways.

“All she could think about was the beach, and the need – no, the urgency – to return there, if for no other reason than to escape the dark cloud that hung over her head. The mural she’d seen of the girl who resembled her had to be a sign. It started to make perfect sense: Oceanside was more than a place to visit; this was where she needed to be.”

Annie is, in general, a likeable character whose heart always seems to be in the right place, even while she’s coping with her own heartbreak. Annie’s relationship with Keaton proves to be a major factor of her recovery process, in large part because his silent nature either encourages Annie to talk or makes her comfortable with sitting with her thoughts in silence. Macomber offers a few chapters from Keaton’s perspective, portraying him as a sensitive and self-conscious man lacking in confidence, and these few insights prove necessary in understanding a figure who otherwise comes across as quietly possessive and domineering, and not always in a good way.

In fact, the whole novel just felt a little off in similar ways, with a simplistic writing style lending itself to a choppy narrative that doesn’t necessarily flow and gives too much of a focus on the mundane every day; while it’s important to ground characters, it also becomes a bit repetitive hearing what they’re having to eat for each meal. It also felt at times that there was a lot of drama for drama’s sake – from a threat that ended abruptly, to a fight between love interests that lasted two months, simply because one person had jumped to conclusions and refused to talk to the other.

Still, despite the sometimes-clunky plotting, there’s a heart-warming message at this novel’s core, especially when it hones in on friendship, hurt and healing. The romance running central to Cottage by the Sea is cute, yes, but also lacking in depth and it’s by no means the driving force of this story. Rather, this book stands out as a story about community and about self-care, as the ‘happy place’ that Annie picks out for herself soon comes to need Annie just as much as Annie needs it.

All in all, Cottage by the Sea falls a little flat as a novel, but it’s still a sweet, easy read that’s a charming way to spend your time if you have an evening spare.