Neil Gaiman’s mythological fantasy novel American Gods feels as if it was exclusively written for a cinematic format. At the same time, it’s also the author’s most challenging story to translate from page to screen, as the years leading up to the eventual adaptation can attest to. It’s too elaborate, too detailed and, ultimately, too big a story for a movie. This is a sprawling tale that needs room to breathe and that’s something showrunners Bryan Fuller (Hannibal) and Michael Green (Green Lantern) understood from the moment they took on the project.

It’s been two years since US network Starz gave the official green light on the TV adaptation and boy was it worth the wait. American Gods is a visual banquet of jaw-droppingly weird, wonderful, horrifying and intense scenes, boosted by superb performances and writing that embraces the crazy. It’s the type of show that’s difficult to describe to someone who hasn’t read the book, the kind of series that has to be watched to be comprehended. And even then, you’ll be forgiven for uttering the words “WTF is happening?” at one point or another.

As the title alludes, American Gods is a story of old and new deities embarking on a large-scale battle for supremacy. Shadow Moon (Ricky Whittle, The 100) is at the centre of the impending war between the Old Gods and the New Gods. He’s been released from prison following the death of his wife, Laura (Emily Browning, Legend), in a car accident and he’s adrift in a world he doesn’t really have a place in. A chance meeting with the mysterious Mr. Wednesday (Ian McShane, Deadwood), who is actually the Norse God of knowledge and wisdom, provides Shadow with a unique job opportunity, one that changes the course of his life – for better or worse. 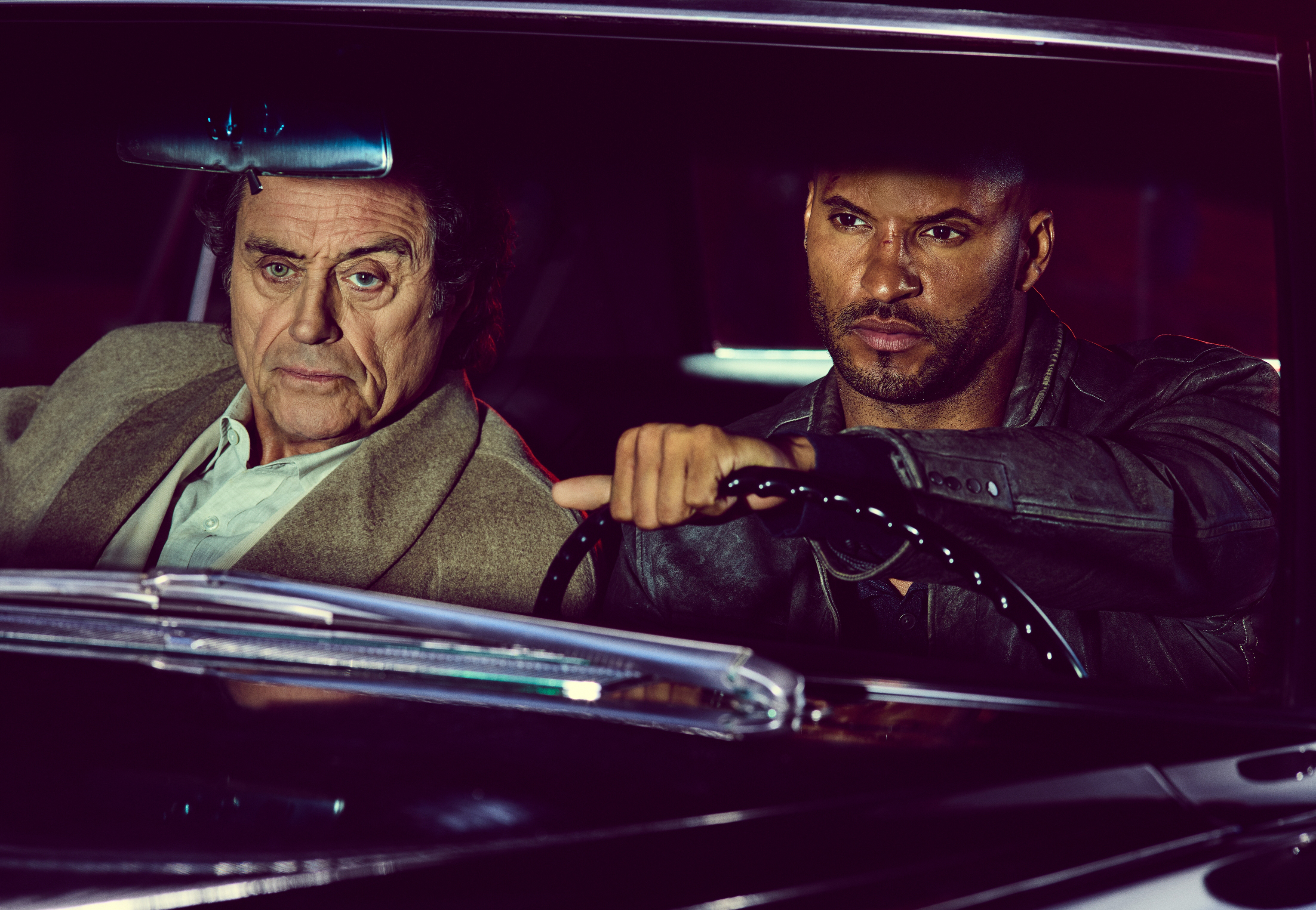 Hired as Wednesday’s bodyguard, Shadow is thrust into this hidden world of Gods and magic, where the power of ancient spiritual and mythological deities is diminishing as people stop believing in them. With the Old God’s influence fading, the New Gods have filled the void, a reflection of contemporary American society’s reliance on technology, media and celebrity. Wednesday wants to build a coalition of Old Gods to defend their existence and reclaim their authority but the New Gods are everywhere, impossible to ignore in their all-consuming presence.

Shadow and Wednesday’s journey across the country to rally the Old Gods is the main attraction but there are various subplots that weave in and out of the series, exploring the modern day journeys of mythical beings in America. The story is as bizarre as the production values are beautiful, but it’s also a damning exploration of humanity’s obsession with vacuous things – our preoccupation with technology and the desire to be Internet famous despite the moral ramifications. Within this, the eight episodes also deftly explore the themes of religion, immigration, politics, fidelity, belief and hope – whether it’s through Shadow’s wife’s resurrection storyline or the redemption arc of a foul-mouthed leprechaun.

Oddly, it’s not the central teaming of Shadow and Wednesday that provides the best double-act in the show, but rather that of Laura ‘Dead Wife’ Moon and Mad Sweeney (the aforementioned leprechaun, played by Pablo Schreiber), who are compelled to travel across country together, chasing after the things they desire most in the world. It’s a perfect pairing, at once hilarious and tragic, as they bicker, insult and physically assault each other. At times it almost overshadows the rest of the story but who could ignore the magnetic pull of McShane? 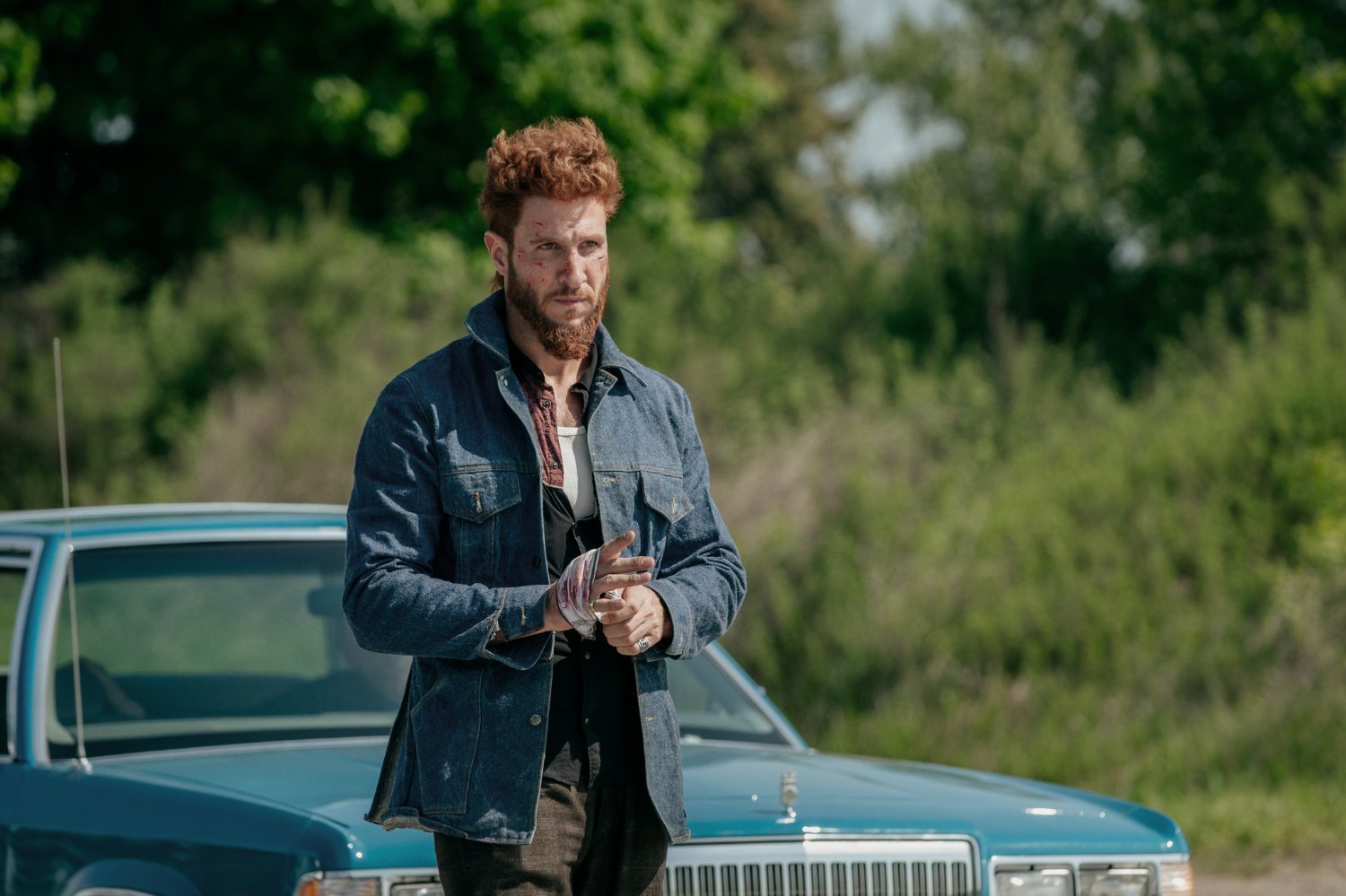 Whilst the new Gods are an obnoxious, in-your-face bunch (particularly the repugnant Technical Boy), McShane’s Wednesday is a bold and assured character, whose apprehension at becoming irrelevant and obsolete is hidden under his poised demeanour. Shadow also keeps a lot buried; he’s a taciturn and reserved character struggling to understand the storm that’s brewing around him. Whittle plays Shadow with a mix of aloofness, rough charm and bewilderment at his situation, offering fierce explosions of emotion every so often that reveal the pain and grief he’s carrying. With a series like this, it’s difficult to pick out the best performances because they’re all outstanding.

At times the show plays out like a picture book, albeit an adult rated one, and it’s scenes like the opening to episode 5, ‘Lemon Scented You’, that exposes the true magic of American Gods. It’s simultaneously mesmerising and disturbing, beautiful and ugly, illuminating and confusing. The only real issue with this ensemble show is the pacing, which takes an unhurried, often glacial, approach – something that’s frustrating for viewers with little patience. However, that’s an issue for season two and one that should be easy to rectify with Fuller and Green at the helm.

American Gods is bold, bonkers television, and the most surreal, multilayered thing you’ll watch all year. When the season comes to an end, it feels as if the story is just beginning. The war hasn’t really started yet but the Gods are amassing and all the pieces are in place for the main event. Now let’s hope the wait isn’t too long.