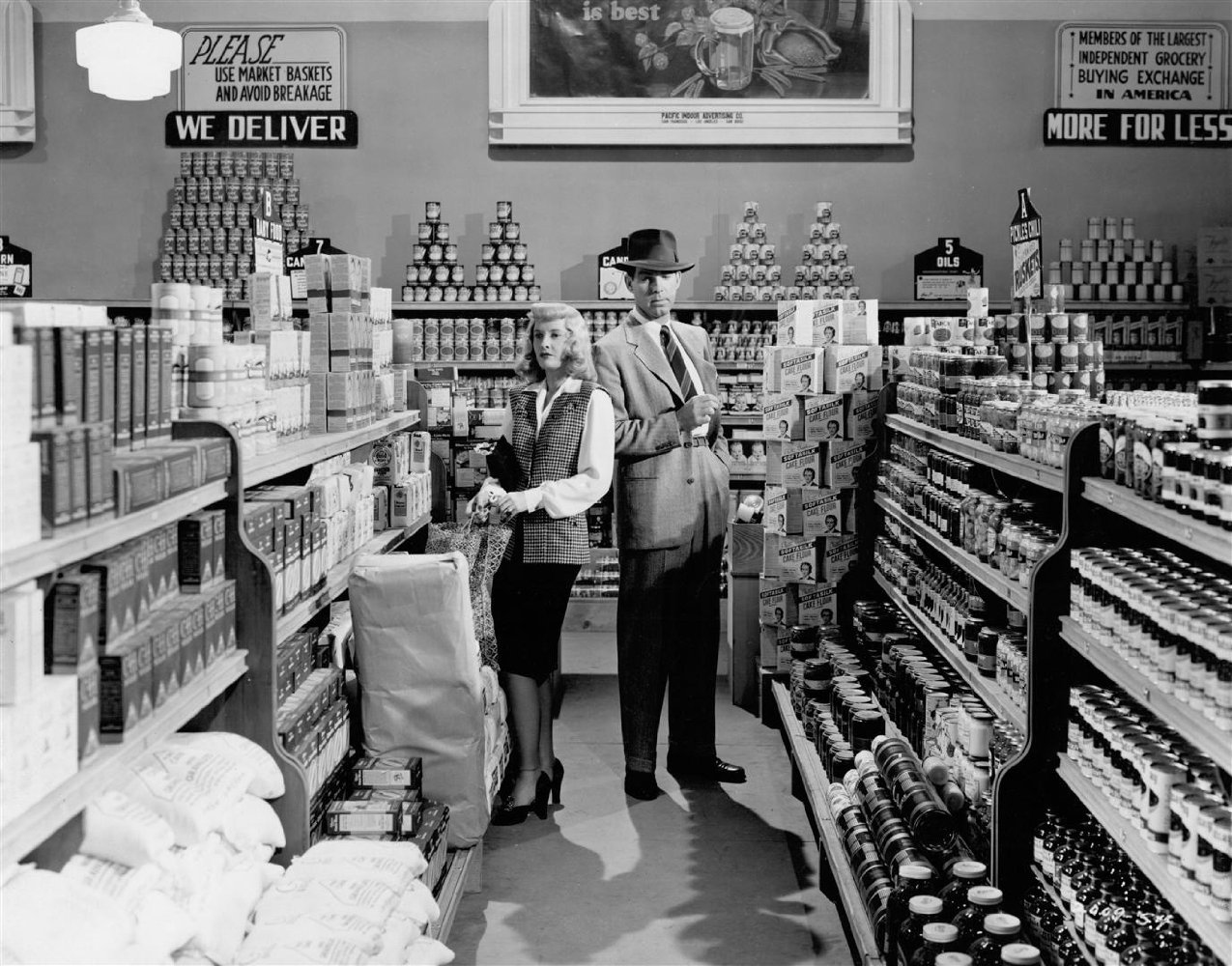 London Film & Comic Con: From one ‘saddo’ to another

As an indicator of what a film is likely to be, the tag film noir isn’t very helpful. What does it mean? 40s and 50s noir was characterised visually by moody black and white photography, shadows and cigarette smoke: thematically, by fatalism; and in terms of characters, by a man who finds himself out of his depth, and by a femme fatale somewhere in the shadows.

Films like – for example – Angel Heart, Leon and Face/Off are described as noir or neo-noir: in other words, noir is a synonym for thriller. But there’s more to noir than that… noir is defined by a sense that the characters are on the edge of control of their lives: that however much the players believe they are the masters or mistresses of their fate, that fate is always threatened by chance, by undetected malice, or by a past that won’t let the protagonists go.

I’ve watched three movies recently, made over a period of fifty-six years, that really encapsulate that aspect of noir… 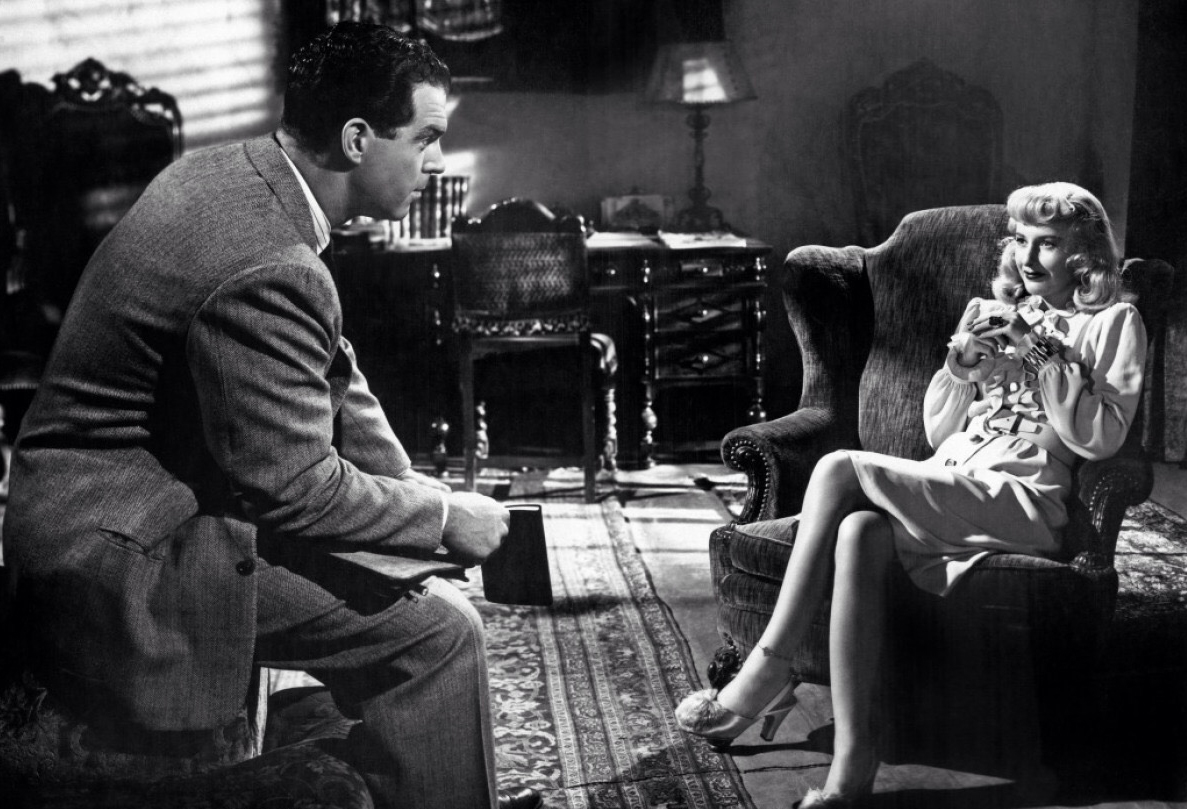 “Suddenly it came over me that everything would go wrong.” (Walter Neff)

Walter Neff, an insurance salesman played by Fred MacMurray, is drawn into a plot to murder Barbara Stanwyck’s husband in one of the most influential noirs. MacMurray was perfectly cast: tall and handsome – albeit with a slightly creepy and insincere smile that indicates that morally there might be less to the upright professional he appears to be than meets the eye.

You don’t need a spoiler alert: the film does not have a happy ending. What it has is a mood of desperation, particularly in the scenes where MacMurray and Stanwyck secretly meet in a supermarket: there’s something grim about the mundanity of it – passion and greed squeezed into furtive whisperings amongst displays of canned goods.

And there’s a reason why people still cite this as an exemplar of noir – it’s an excellent film. If sharp dialogue and a compelling story along with polished performances by MacMurray and Edward G. Robinson, with Stanwyck defining the noir femme fatale character, appeal then you’ll love this.

“This whole thing was a shakedown.” (Dean Keaton)

Keaton, played by a taciturn Gabriel Byrne, is an ex-cop turned professional crook who finds himself in an ID line-up with four other criminals: as the film progresses, it becomes apparent that the five are being manipulated by the master criminal Kayser Soze.

Nothing is what it seems, including the entire movie. It’s a superb film: gripping, tightly scripted, and with a twist at the end that pulls the rug away from under your feet. If you don’t know what I mean then I recommend that you find out.

This is one of the best Hollywood movies of the 90s: released in the same year as Pulp Fiction, it shows the latter to be the accomplished, flashy and – ultimately – superficial display of pop-culture references that it is.

Logan, a psychopath played by Ben Kingsley, interrupts the idyllic Spanish retirement of Ray Winstone’s character Gal, a retired safe-cracker, to propose that he join a team put together by Teddy Bass (played by a feline Ian McShane) to rob a bank vault. Gal doesn’t want to revisit his past, but Logan will not take no for an answer.

Ben Kingsley’s character, throbbing with the potential for violence, dominates the film: you have the sense that at any moment something horrible is about to happen, and it does. While he’s somewhat overshadowed by Kingsley in their mutual scenes, Ray Winstone, as a man desperately trying to find a way to hold onto his life, is also exceptional.

Like The Usual Suspects, Sexy Beast lacks a femme fatale – but there’s a certain femininity about the character of Teddy Bass, a man as ruthless and dangerous as Don Logan, albeit with more polish. Or perhaps Logan fills that role – Ben Kingsley has been quoted as saying that he based the character on his grandmother. It’s difficult to picture an elderly woman as foul-mouthed and on the same edge of violence as Logan: visits to Granny must have been eagerly anticipated in the Kingsley home.

Where does film noir go next? Visually, anywhere. But that’s the secondary aspect of the genre: the themes of betrayal, delusion and disillusion, of powerlessness and the shadows of one’s past, are what make good noir: to quote Tom Neal in Edward G. Ulmer’s Detour (1945): “Whichever way you turn, fate sticks out a foot to trip you.” It’s the character journey to that fall that makes good noir so gripping.

London Film & Comic Con: From one ‘saddo’ to another

X-Men: Days Of Future Past Review

Top 20 Films Of The Nineties